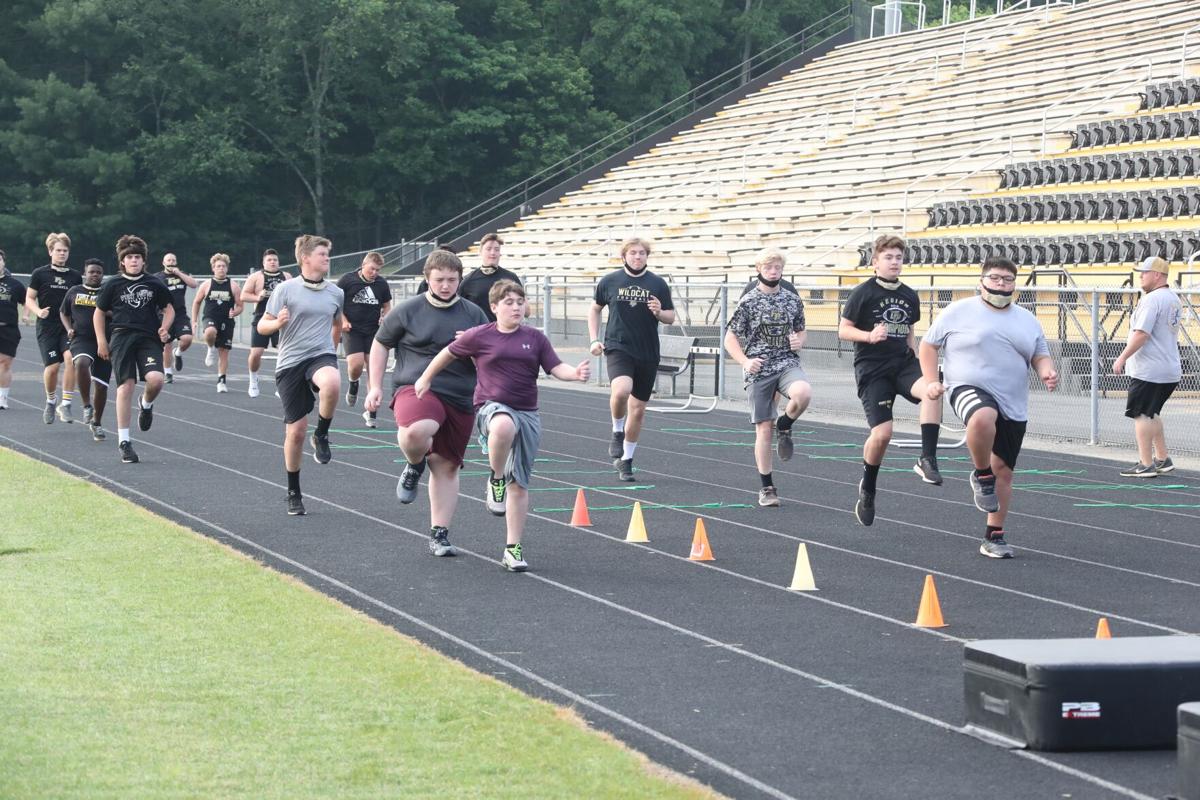 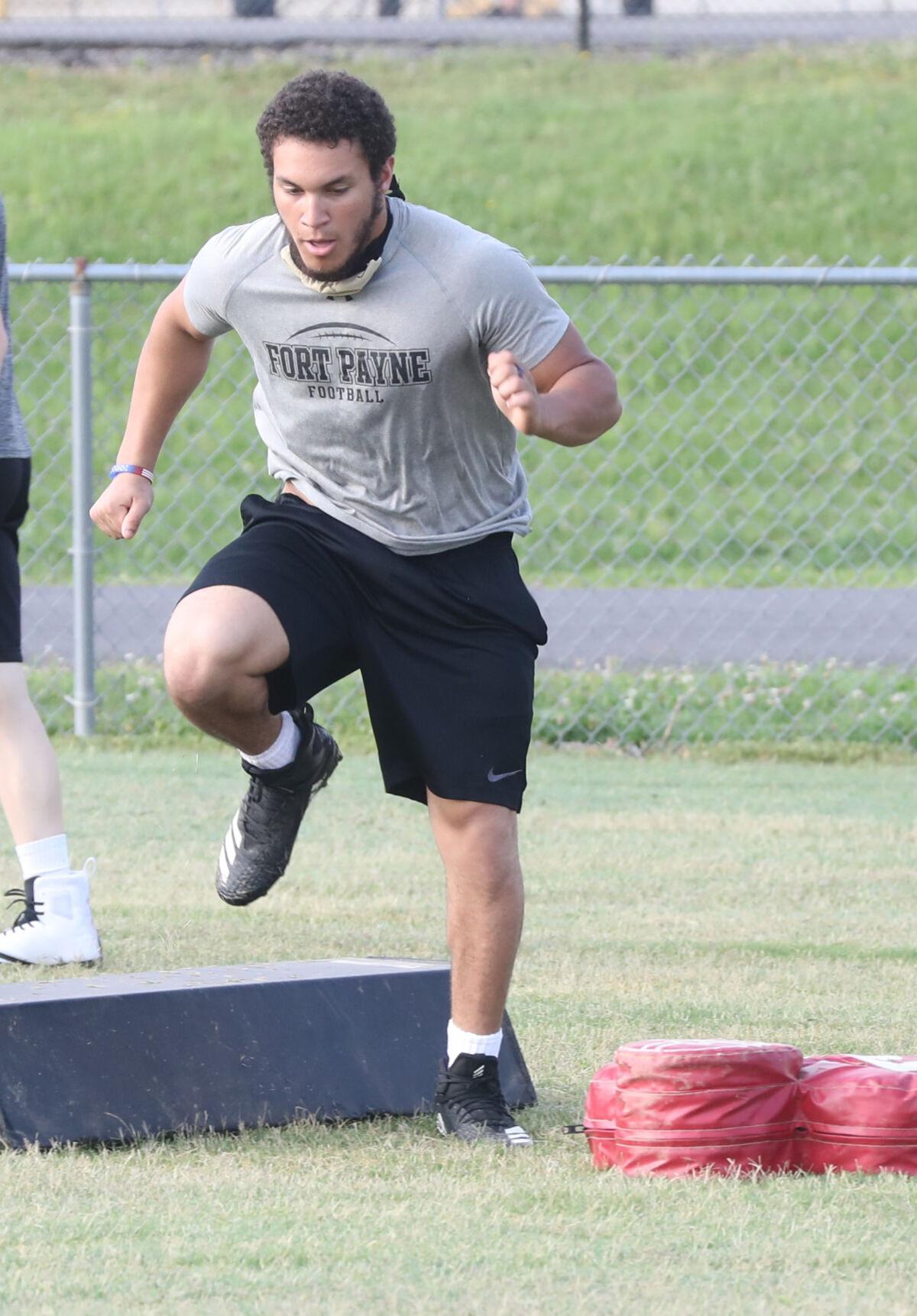 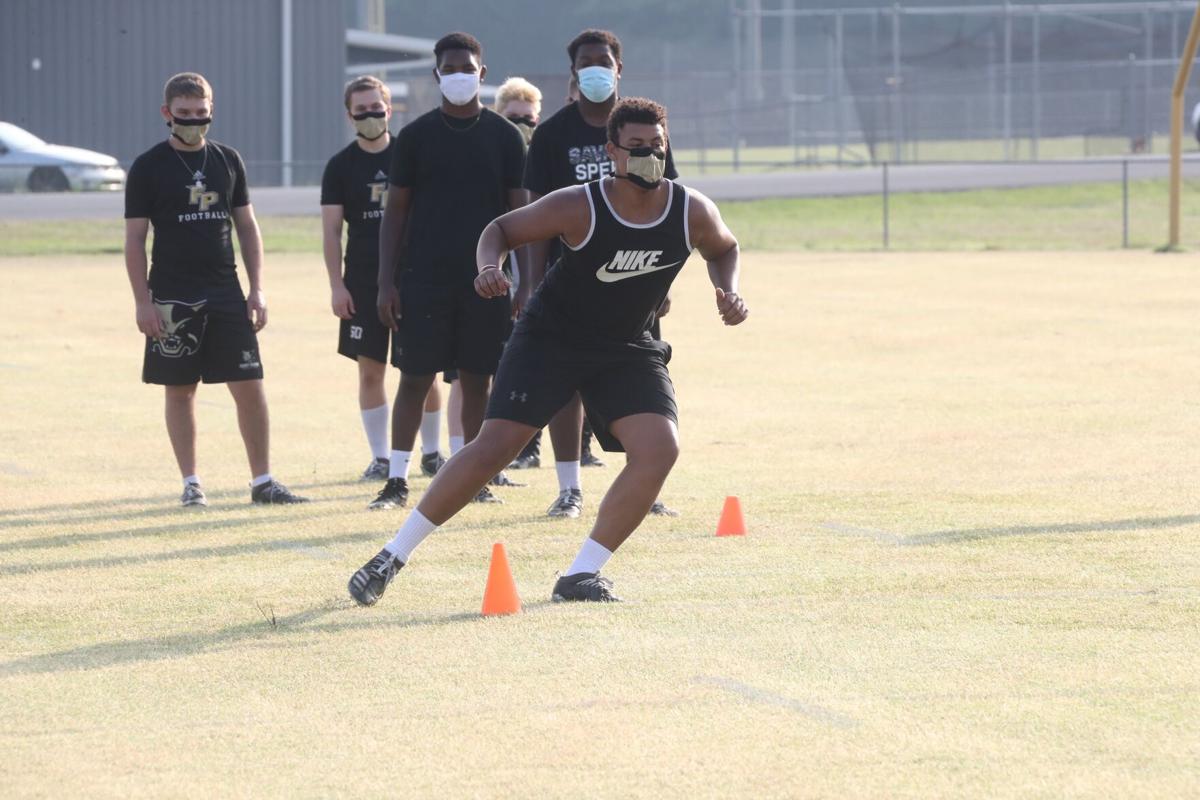 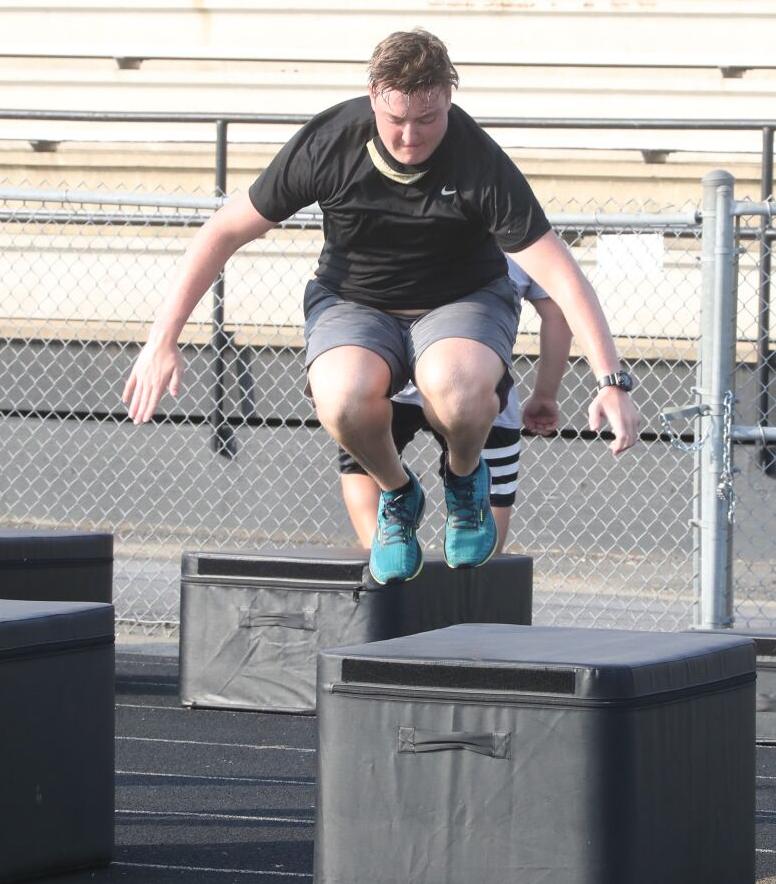 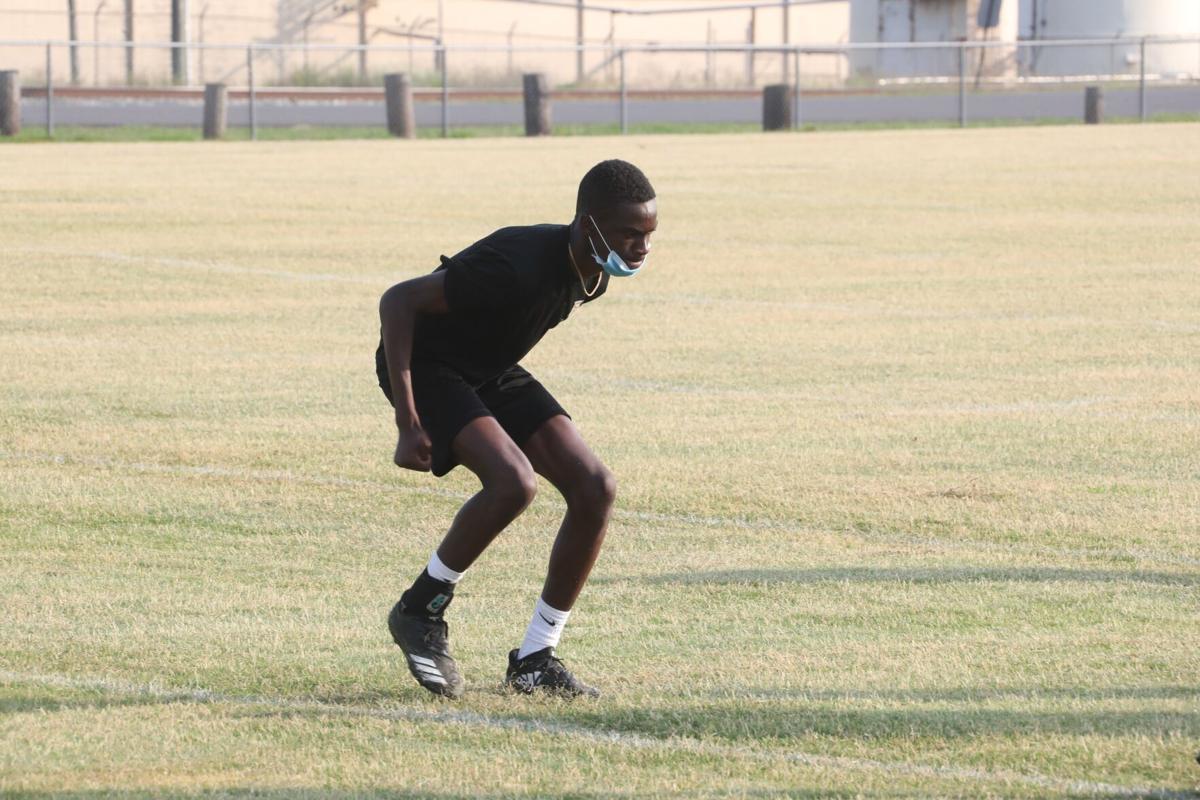 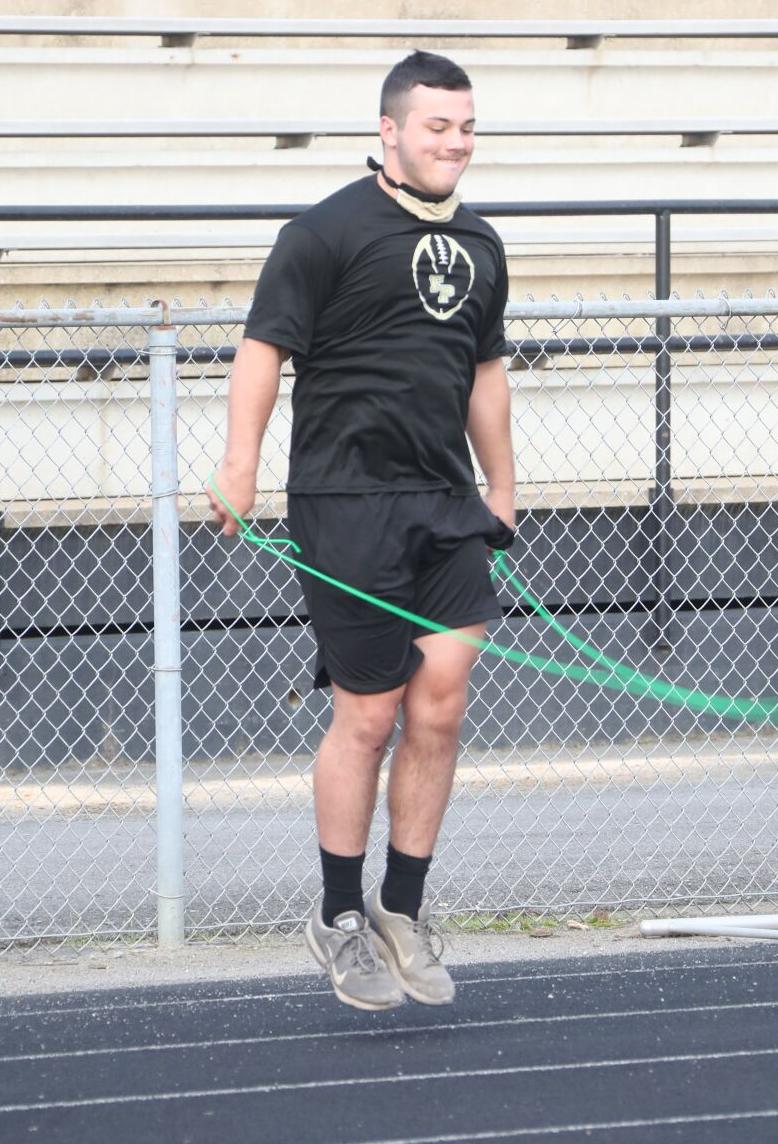 FORT PAYNE — There was nothing normal about the way the Fort Payne football team began its summer training this week: A line of players having their temperatures checked prior to workouts; wearing face coverings; having to consciously space themselves.

Perhaps the only aspect of the training sessions where everyone could find a sense of normalcy was the camaraderie.

“Coaches and players were all very excited to be back doing something that we enjoy doing together,” Wildcats coach Chris Elmore said Wednesday.

Schools across Alabama reopened Monday for the first time since March, when Gov. Kay Ivey ordered for the remainder of the academic school year to be finished at home in an effort to slow the spread of the novel coronavirus.

The reopening of schools allowed for athletic teams to begin voluntary summer workouts while practicing guidelines from the Alabama Department of Public Health.

Mandatory practices and competitions, such as 7-on-7 workouts and organized team activities, are prohibited this summer, however weightlifting, conditioning and individual skill development are allowed under the jurisdiction of local schools.

ADPH guidelines include, but are not limited to, limiting the number of students within non-interchangeable groups and the overall number of groups. Local schools may use a process to determine the student-athletes who make up the individual groups.

“We have had great attendance so far. Basically 100% so far,” Elmore said. “Everyone that has been expected to be at workouts this week has been there each day. We have a few players who are on vacation this week but I am sure we will see them next week when they are back in town.”

Players who joined the first week of workouts began acclimating themselves to the health and safety guidelines that allowed for training to be conducted.

“Any time that you introduce something new to teenagers, there will be an adjustment period,” Elmore said. “It is still different for them but they understand that we are doing it to protect them and their families at home.  It is not natural to show up to workouts wearing a face mask but they are getting used to it.”

In its first week of summer workouts, Fort Payne’s football team was divided into four groups, allowing 20-24 players per group. Groups had four 30-minute sessions at different locations on campus — weight room, track and practice field — helping maintain social-distancing as much as possible throughout each workout.

When players were in close proximity between exercises, face coverings were worn.

Wednesday’s training session ran from 7-9:15 a.m., with players getting their temperatures checked as early as 6:45 a.m. The first outside group of offensive players performed exercises on the track, while the first outside defensive group exercised on the practice field.

The offense used jump ropes, cones, boxes and hurdles during its training session. The defense worked with cones and bags to perform various agility drills.

Following each 30-minute session in the weight room, the bars and the dumbbells are sanitized before the next group comes in for its workout, Elmore said.

Any shared equipment, such as benches or free weights, are sanitized after each use.

“We use the same philosophy on the field,” Elmore said. “If equipment is shared, we sanitize it on a regular basis. We sanitize the footballs at the end of our time on the field so they are ready for the next day. When all workouts are finished for the day, we spray the entire field house with disinfectant to make sure the entire facility is clean and ready for the next day.”