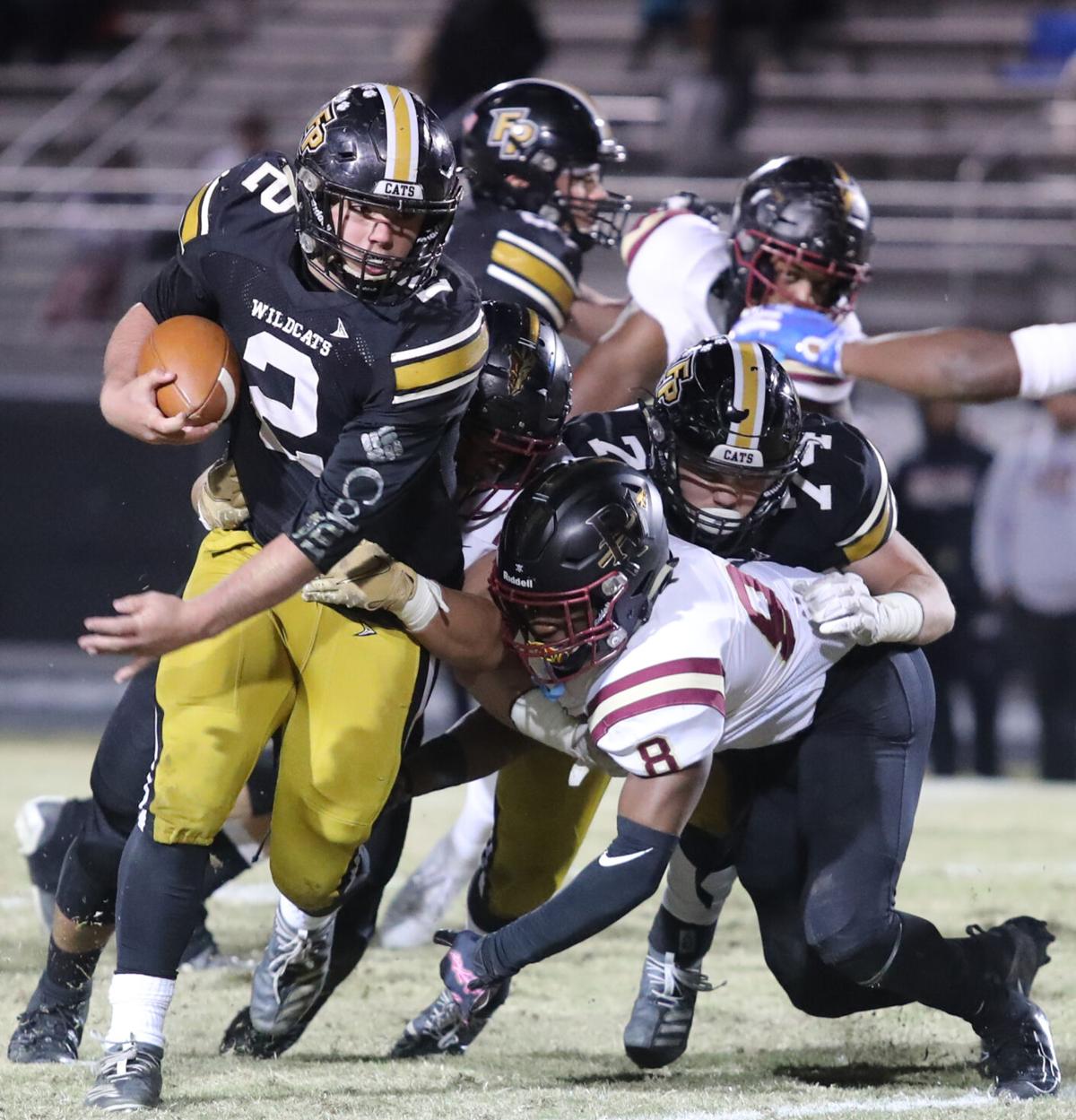 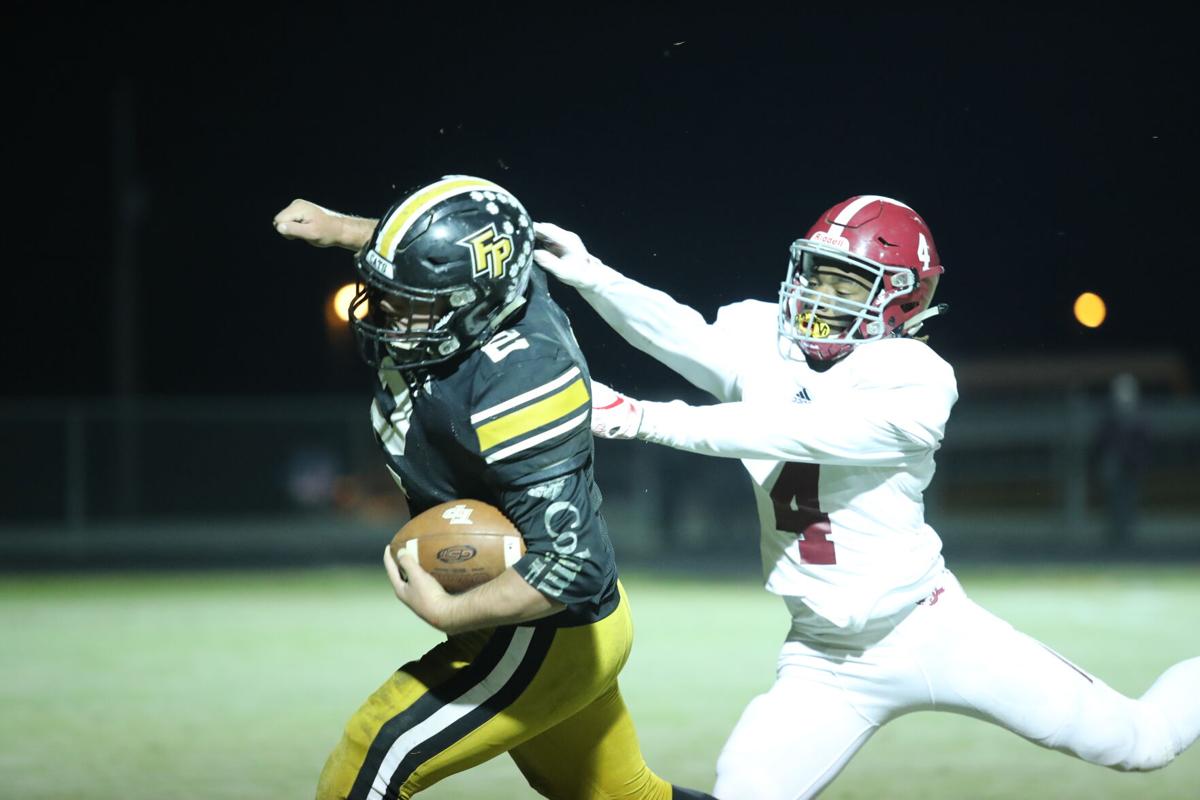 Fort Payne running back Hunter Love (2) shrugs off an attempted tackle from Hartselle defensive back Devron Turney during a first-round Class 6A state playoff game in Fort Payne on Nov. 8, 2019.

Fort Payne running back Hunter Love (2) shrugs off an attempted tackle from Hartselle defensive back Devron Turney during a first-round Class 6A state playoff game in Fort Payne on Nov. 8, 2019.

FORT PAYNE — Long before Hunter Love became Fort Payne’s latest rushing threat, he was suiting up in his older brother’s pads and giving his brother practice bumps in the yard.

Those early football sessions not only shaped a brotherly bond, they also created a path in Love’s football journey.

Following a breakout junior season as Fort Payne’s starting running back, Love returns ready to make the most of his senior season behind a beefy and experienced offensive line.

“Last year the (O-line) was a bit undersized, but they did phenomenal work because they understood what we had to do,” Love said. “They didn’t have to (dominate) anybody, they just had to make small openings and I had to make sure to hit the right hole.

“This year they’ve gained some weight. They’ve gotten bigger and stronger, so our running game should be tough to stop.”

Among those tasked with helping clear space for Love to run this fall are a trio of three-year starting O-linemen: Riley Kuhn, Nathan Gentry and Logan Beard.

Love rushed for 1,372 yards on 215 attempts for a six-yards-per-carry average with 20 touchdowns in 2019, helping the Wildcats advance to the second round of the state postseason for the first time since 2011.

Before becoming Fort Payne’s feature back last season, Love was a defensive starter. The next-man-up approach of team sports led to his insertion at running back.

The team’s leading rusher from 2018, Donald Winchester, was primed for a stellar senior season as the starting running back before tearing his ACL last July. He was competing at a prospect camp at the University of North Alabama when the injury occurred.

With Winchester’s only hope for returning to the field being late in the season, Love and teammate Darwin Camp were worked into filling the void at running back.

Camp suffered a concussion before the team opened training camp and Love became the starter in the Wildcats’ season opener.

“I was thrown into the starting spot,” Love said. “...I did pretty well in that first game and I stayed the starting running back.”

In the Wildcats’ season opener against Pell City, Love carried 22 times for 139 and two TDs. His most successful rushing performance came in a 42-23 loss against Cullman on Oct. 25, 2019. He ran for 229 yards on 28 carries with three touchdowns.

“If Donald had never gotten hurt, Hunter would have still been a big part of our offense. It would have just been a different role. In Donald’s absence, Hunter did a great job of taking on the load of our run game by himself for the most part.”

After the season ended in a 48-10 loss against two-time defending 6A state champion Pinson Valley on Nov. 15, 2019, and Love had a chance to digest his rushing success, the final figures surprised him. He’d finished 300 yards shy of the program’s single-season rushing record held by Desmond Turner.

“It kind of shocked me because through the first couple of games I wasn’t putting up very big numbers, but later in the year I ended up getting those numbers higher,” Love said.

Love said he hopes to eclipse Turner’s record in his final season at Fort Payne.

Love’s football career started with pee-wee ball at Sylvania. He played one year at Scottsboro before moving to Fort Payne for junior high school.

During his junior high playing days, Love played running back and continued playing the position into his freshman year before injuring his shoulder.

“(Last year) was the first chance I’ve had to run the ball since freshman year and I just knew I couldn’t miss the opportunity because I wanted to run the ball,” Love said. “I just put everything on the line in that first start and just did my best.”

Love’s best was on display a lot last season. In one shining moment against Buckhorn, the Wildcats turned to Love to punch in a 2-point conversion run late in the game that earned a 36-35 victory and helped clinch the region championship.

“We got the touchdown, came to the sideline and coach (Elmore) said, ‘We’re going to try to get them to jump offside’” Love said. “I felt like we were going to run the play anyway, whether they jumped or not, but we got them to jump and went for two.

“We knew the game was on the line right there and we knew they weren’t stopping us. We were getting in the end zone one way or another.”

Fort Payne returning quarterback J.D. Blalock and tight end Sawyer Burt, along with the O-line experience will help bolster the strength of the run game this fall.

Elmore said an important offensive key will be establishing early success with the passing game and achieving a more balanced offense, as to keep opposing defenses from focusing too much on Love.

“Hunter and I spent a lot of time before the quarantine looking at film from the 2019 season,” the coach said. “He wants to understand our running game more completely so he can be a more efficient runner. We also analyzed some of his mistakes from last year so he can understand how to correct those and hopefully prevent them this year.”

Partly to mostly cloudy skies with scattered thunderstorms in the morning. High around 85F. Winds WNW at 5 to 10 mph. Chance of rain 60%.