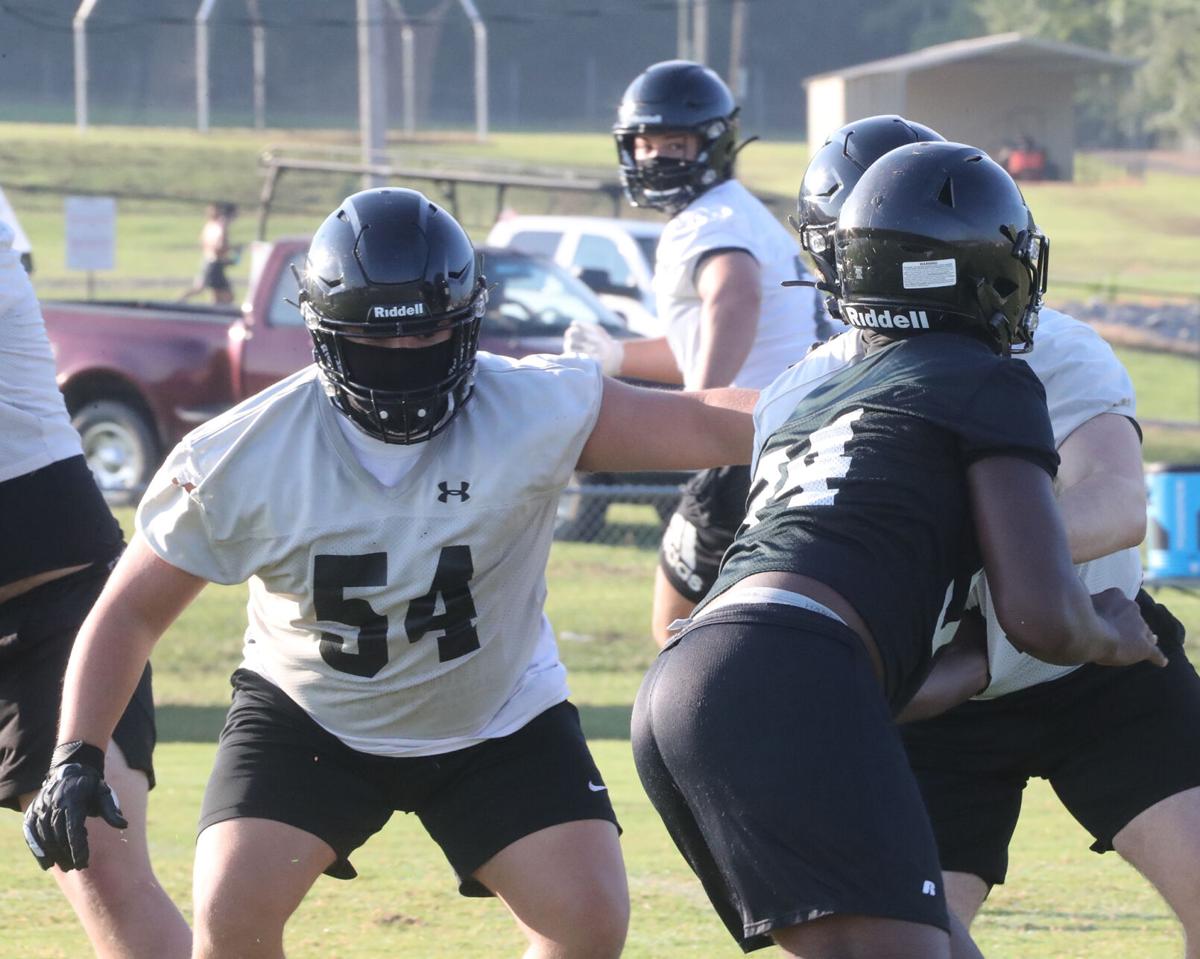 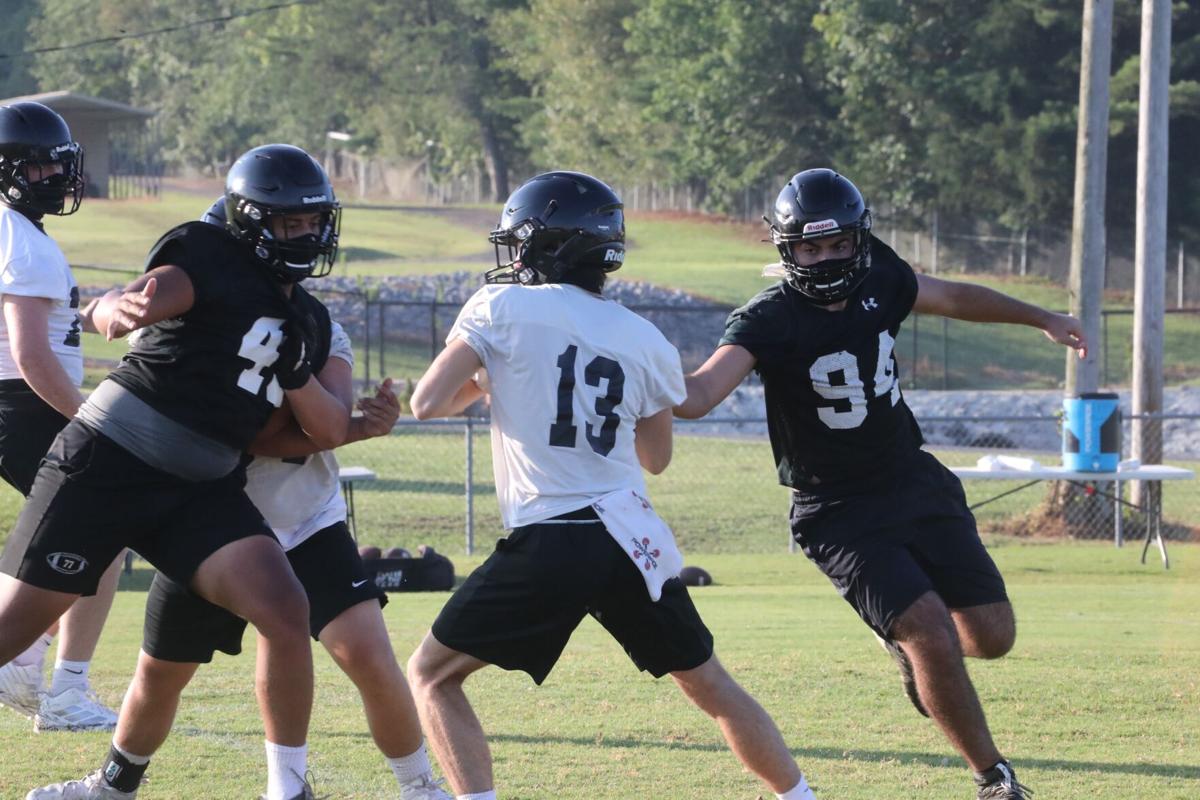 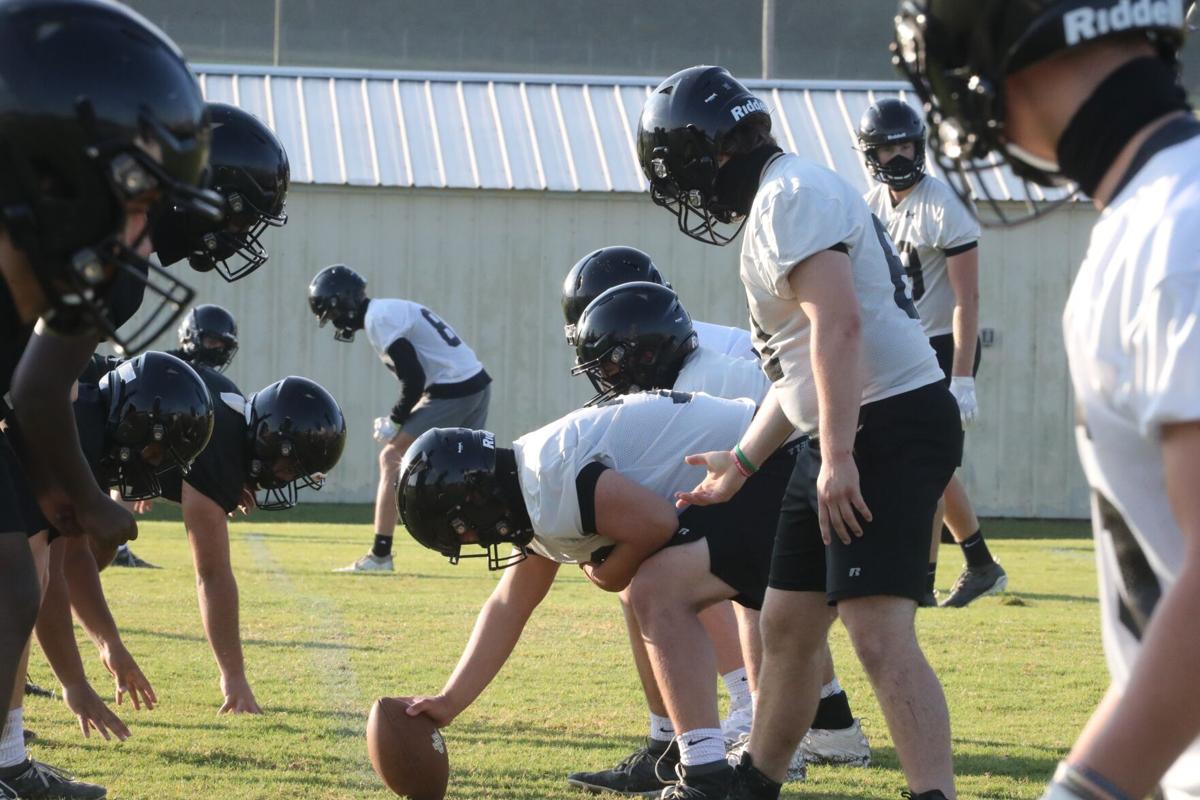 Fort Payne players prepare for a snap during a team workout at Fort Payne High School on Thursday morning. 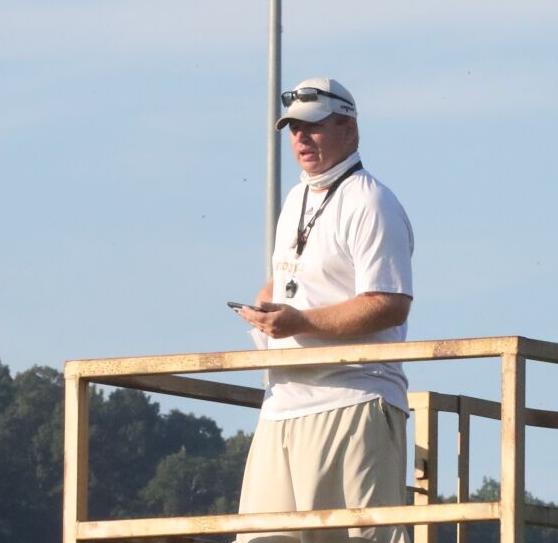 Fort Payne coach Chris Elmore calls out a play for the offense to run as he observes from a tower overlooking the practice field Thursday morning.

Fort Payne players prepare for a snap during a team workout at Fort Payne High School on Thursday morning.

Fort Payne coach Chris Elmore calls out a play for the offense to run as he observes from a tower overlooking the practice field Thursday morning.

FORT PAYNE — If the offensive and defensive lines are the foundation on what the Fort Payne football team is looking to build this fall, they are off to a sturdy start.

The linemen corps are highlighted by three returning three-year starters on the offensive line: seniors Logan Beard, Nathan Gentry and Riley Kuhn. All three have the experience and the trust from the coaching staff to help Fort Payne’s offense begin the season humming.

“It’s definitely a challenge but I feel like me and Nathan and Logan are definitely up to that task,” said Kuhn, a 5-foot-8, 215-pounder. “Being three-year starters really brings the best out of us. We’re seasoned, we know what we’re doing and we lead by example for the young kids. From freshmen to sophomores, we help them out whenever we can and I feel like we’re pretty prepared for this year.”

The O-line will work to give senior quarterback J.D. Blalock time to operate and senior running back Hunter Love room to run. Love rushed for more than 1,300 yards and 20 touchdowns while averaging close to six yards per carry last season.

“Behind the offensive line, we have a great running back coming back,” Gentry said. “I feel like we’re going to be able to move the ball especially well running it. I don’t think we’ll have a problem passing the ball either. I know the defense is a little young, but I think the offense is going to be fine.”

The Wildcats tabbed five players to play four spots on the D-line last season and having all five experienced pass-rushers return will help supplement defensive shortcomings to start the season.

Fort Payne coach Chris Elmore said he’s liked the progression he’s seen from linemen on both sides of the ball this offseason.

“All of those guys were having a great offseason before the quarantine began back in March,” the coach said. “Most of those guys also did a good job of maintaining their strength during our time away from school.

“I think they all improved greatly during the year last year and we hope they can pick back where they left off last November and continue to improve throughout the season.

“Your offensive and defensive line should improve as each week passes and we expect these two groups to do that well.”

Another good sign for Fort Payne has been the health of its linemen this summer. Some injuries on the defensive line last year had Kuhn practicing to play defense in case he was needed.

“I never got in the game but I was a backup,” Kuhn said. “This year, we have a bunch of depth coming back. So far we’re injury-free, which is really good.”

Elmore knows the value of having depth on the front lines once fall rolls around.

“It is the area of your team that is the most difficult to play and is also the most important,” he said. “You cannot win consistently without productive play from your offensive and defensive line. We are excited that we have so many returning starters in both of those areas.”