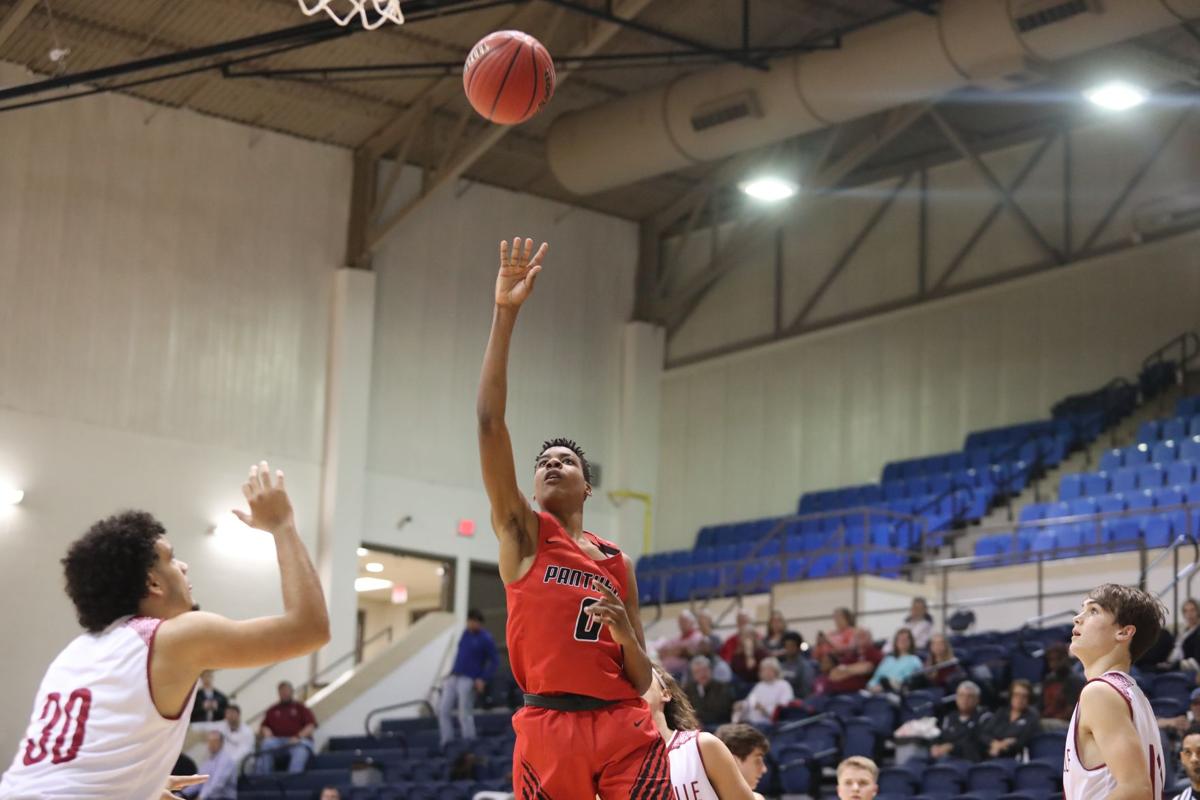 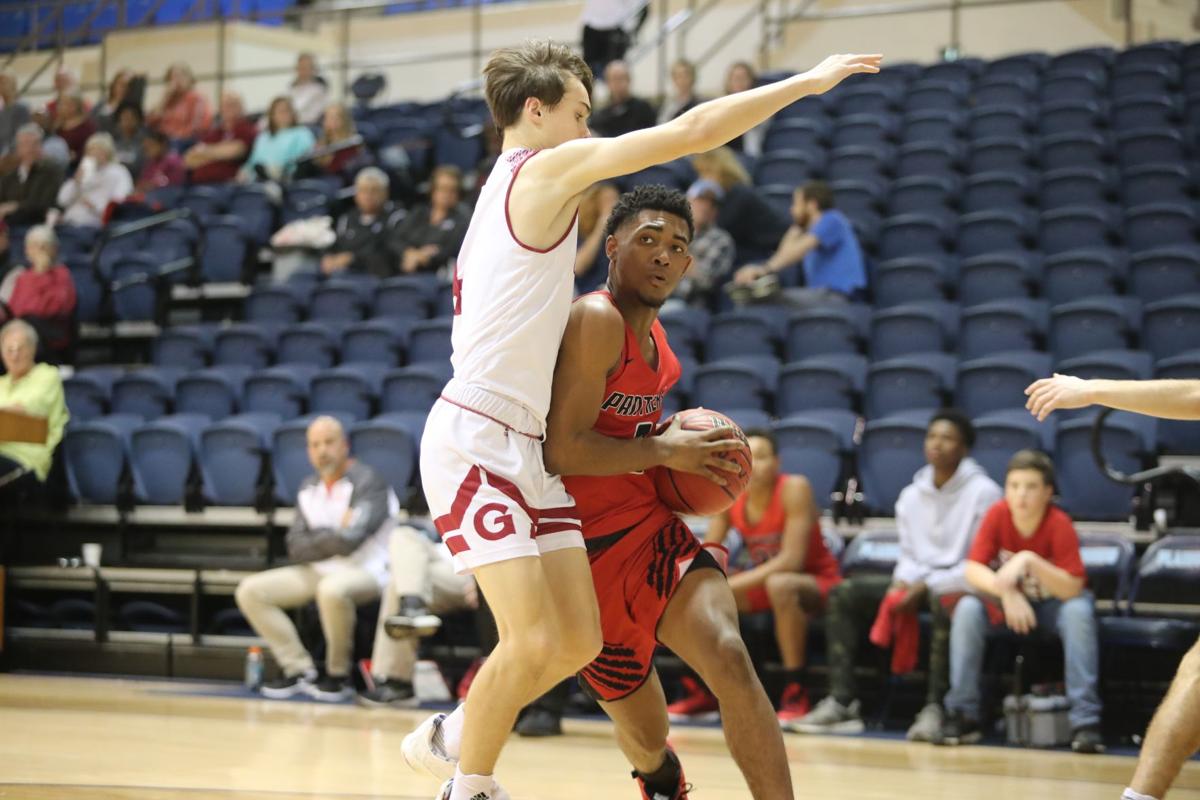 Collinsville’s Isaac Jones, right, drives along the baseline against Guntersville’s Brandon Fussell during the  the First State Bank Shootout at DeKalb County Schools Coliseum in Rainsville on Thursday night.

Collinsville’s Isaac Jones, right, drives along the baseline against Guntersville’s Brandon Fussell during the  the First State Bank Shootout at DeKalb County Schools Coliseum in Rainsville on Thursday night.

Isaac Jones scored 10 points and Kaleb Jones added nine points for the Collinsville boys, as Guntersville used a third-quarter run to pull away and hand the Panthers a 67-34 loss in the the first round of the First State Bank Shootout at DeKalb County Schools Coliseum in Rainsville on Thursday night.

The Wildcats (9-2) went on a 10-4 run in the third, sparked by defense and transition baskets. Davidson hit a step-back jumper, Fussell made a fast-break layup and a jump shot and Davidson found Harris for a transition layup to give Guntersville a 54-30 lead heading into the fourth.

Ben Fussell made a pair of free throws to extend the lead to 60-30 with 6:26 left in regulation.

The Panthers (3-6) pulled within 12 at halftime after falling behind 24-8 early in the second quarter. A hot-shooting streak and timely defensive plays helped Collinsville cut the deficit. Isaac Jones and Toby Osborn made 3-pointers during a 1:16 span for a quick 3-0 spurt  to make it 24-20 with 4:49 remaining in the half.

Guntersville’s Jack Harris tipped in a shot and scored again in the paint before Davidson made a 3-pointer to close the half on a 4-1 run.

Cloudy with occasional rain after midnight. Low around 50F. Winds light and variable. Chance of rain 60%. Rainfall near a quarter of an inch.

A few showers in the evening, then clouds lingering overnight. Low near 40F. Winds NNW at 5 to 10 mph. Chance of rain 30%.

A few clouds. Low around 50F. Winds light and variable.