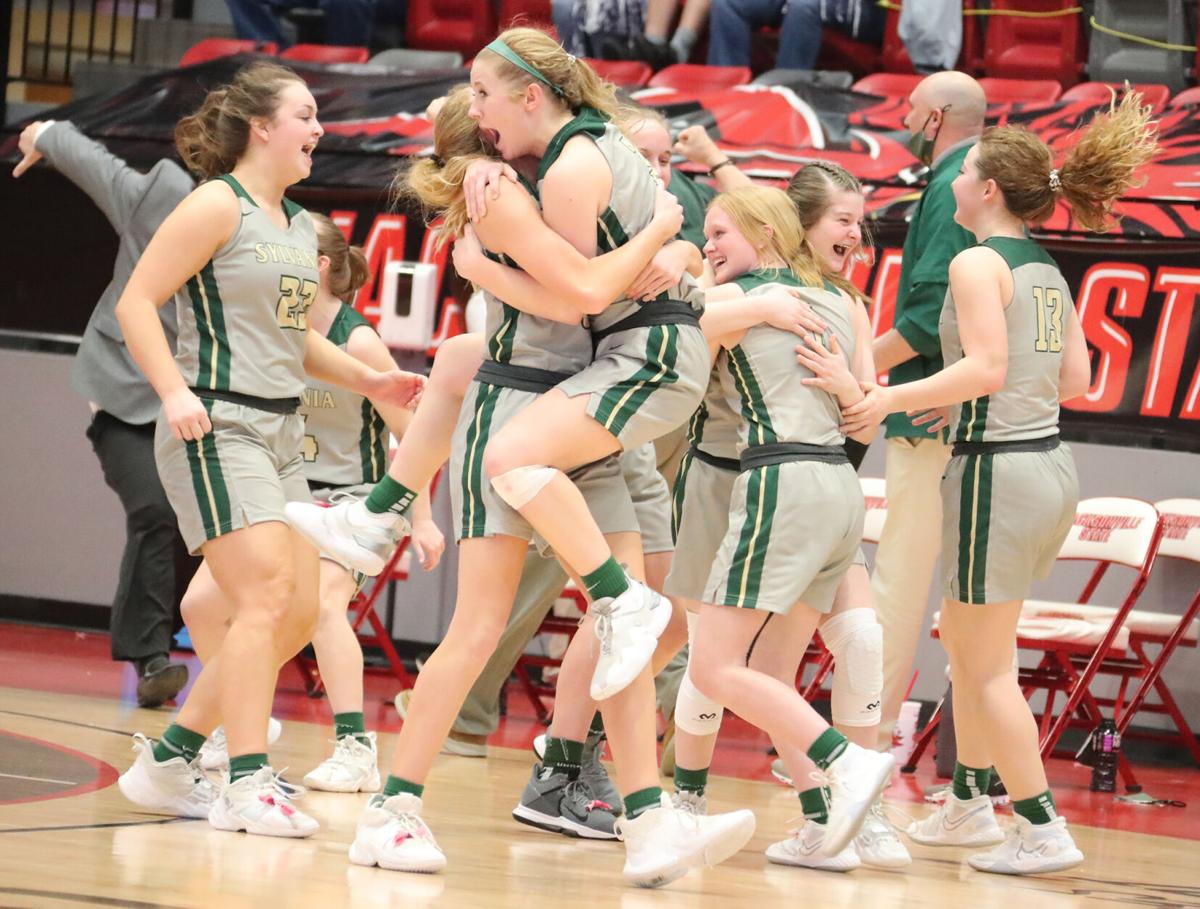 The Sylvania girls basketball team celebrates after defeating Plainview and advancing to the AHSAA Class 3A state semifinal round at Pete Mathews Coliseum in Jacksonville on Tuesday afternoon. 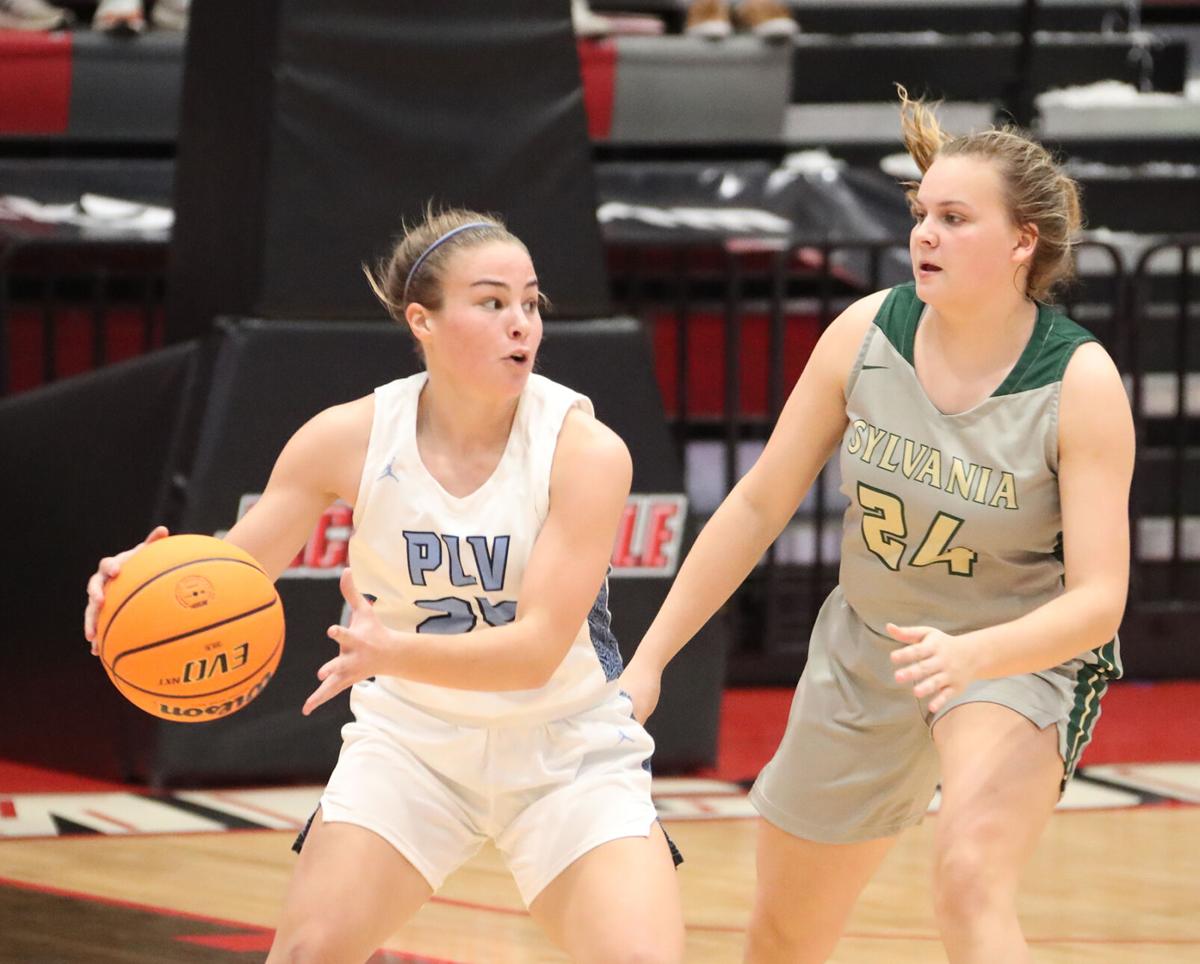 The Sylvania girls basketball team celebrates after defeating Plainview and advancing to the AHSAA Class 3A state semifinal round at Pete Mathews Coliseum in Jacksonville on Tuesday afternoon.

JACKSONVILLE — Down by one and needing a basket as the final seconds ticked away, Sylvania’s Anna Farmer hauled in a rebound and scored under the rim with 4.1 seconds left, sending the Rams into their first AHSAA Final Four appearance since the 2001-02 season and first time under the leadership of third-year coach Kyle Finch.

“I’m struggling to find words to describe it,” Finch said of advancing to Birmingham. “It’s huge from a program standpoint, just being able to punch through.”

“As a coach who has been around athletics my whole life, it’s just a dream,” Finch said. “That’s why you get into coaching, to get into the big-time games and win those games. I think there’s as much excitement around our program right now as there’s ever been.”

The Rams led by as many as 12 points at the 1:22 mark in the third quarter after a defensive stretch that forced Plainview (26-7) into turnovers and led to free-throw opportunities.

Although both sides had high-turnover performances — 18 for Sylvania; 16 for Plainview — the game was up for grabs inside the last 4 minutes.

Payton Blevins made three free throws and assisted Halle Brown with a 3-pointer off an inbounds pass to pull the Bears within 48-45.

“We came out a little nervous through the first three quarters and we finally realized we were going to have to step it up and play with more intensity,” Plainview coach Luke Griggs said.

Ali Price stole the ball and assisted Kami Sanders with a fast-break layup with 1:16 remaining to tie the game at 50, before Lauren Jimmerson sank a 3-pointer to lift the Bears into a 53-50 advantage with 54 seconds left.

“We were leading for the whole game and I felt like it kind of got away from us a little bit,” Finch said, “maybe subconsciously changed our mindset from attack mode to trying to run the clock out. From my standpoint, that was never in the conversation, I wanted us to continue trying to score.”

Farmer finished with a game-high nine rebounds to pair with five points.

Jimmerson led Plainview with 15 points and five rebounds, Brown added 11 points and Sanders and Blevins each had eight points.

“...They struggled a little bit, but coach Griggs kept chugging away possession by possession to get back in it and they did that.”

Said Griggs, “Before the season started, if they said we’d be 26-7 and make it to the regional finals, I’d have taken it for sure. So it was upsetting in the moment, but looking back it was a really enjoyable season and we were blessed to stay away from the coronavirus and stay healthy for the most part. We were really blessed.”

Sylvania led 26-20 at halftime. Stopyak made a 3-pointer and assisted Lee with a fast-break layup, while Lee made a pair of free throws to close the half.

A few clouds from time to time. Low 53F. Winds light and variable.