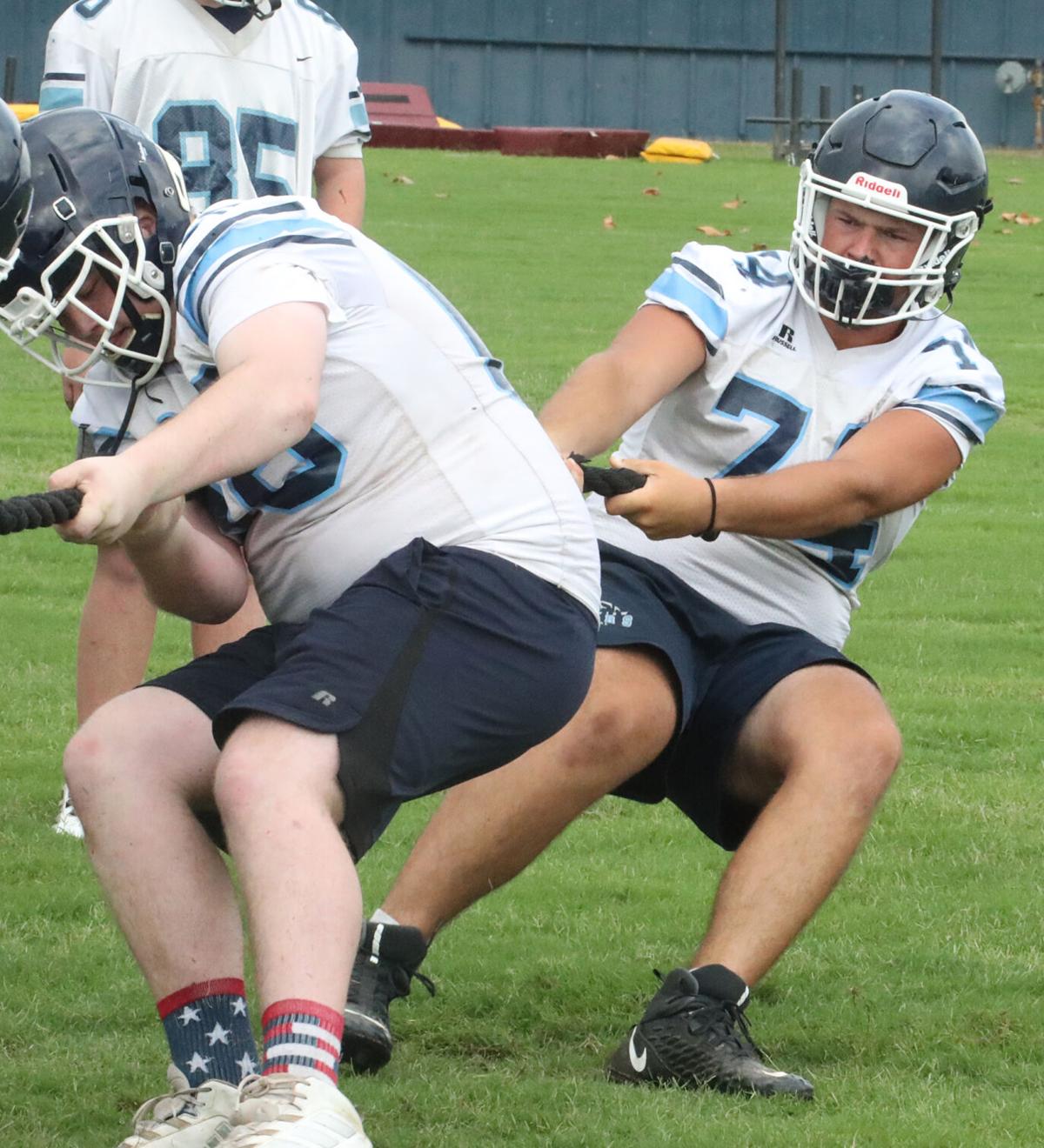 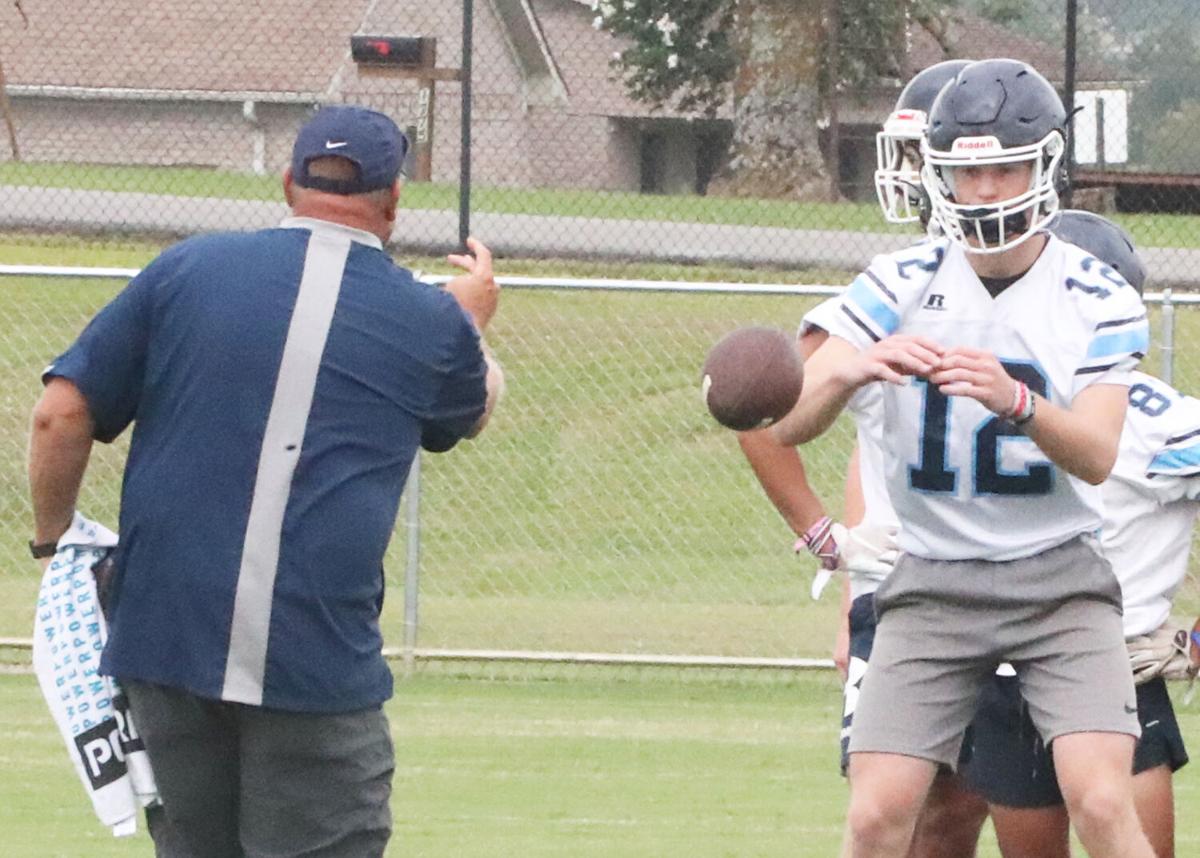 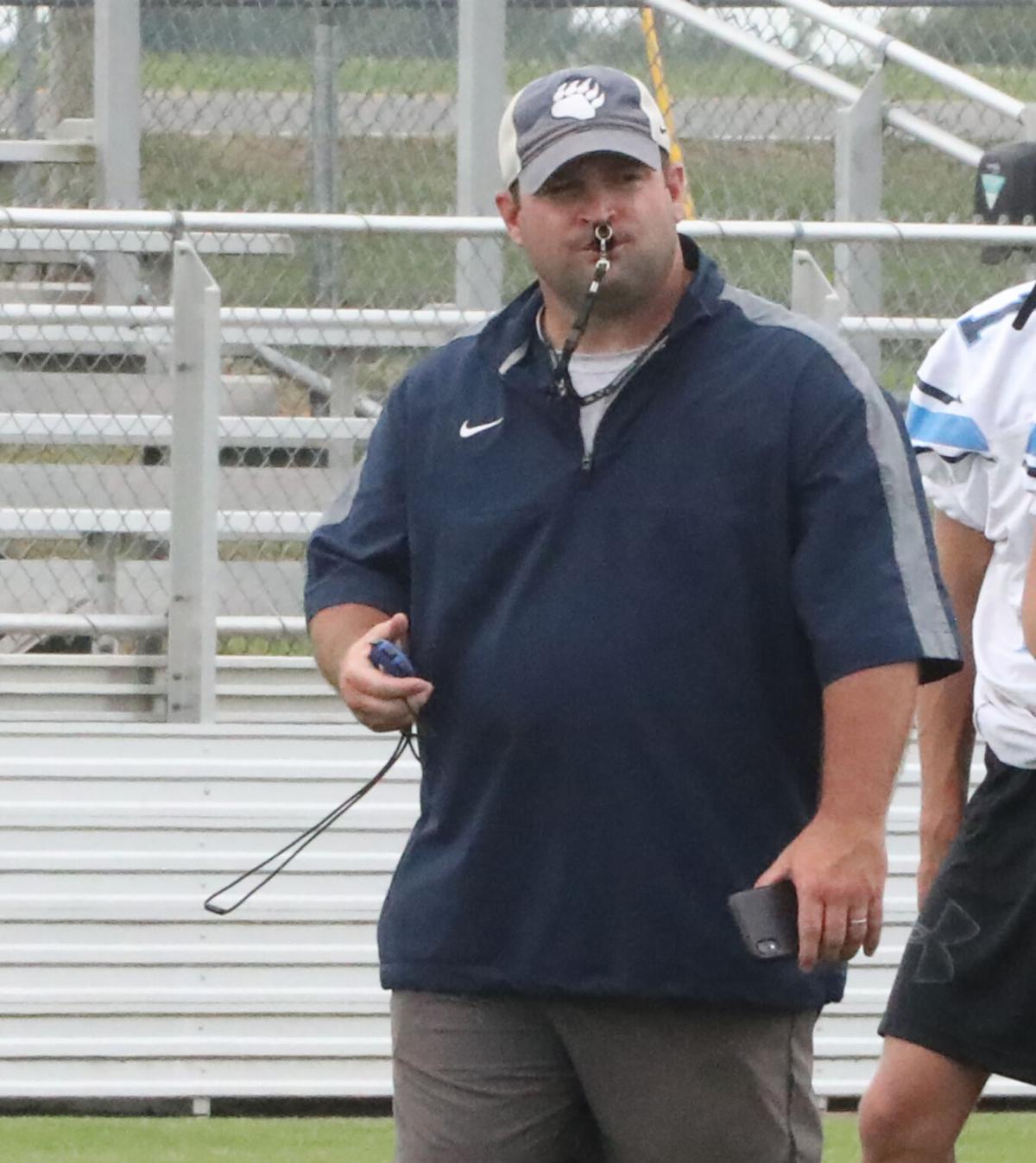 Entering his fourth season as a starting offensive lineman, Plainview’s Mason Cooper understands how important his skill set is to the stability of the offense.

He understands the coaches have trust in him to execute his assignments and help guide his teammates into becoming smarter and more skillful in their work.

Cooper, fellow O-linemen Nathan Subias and Brayden York and quarterback Noah White are among the players not just impacting the development of the Bears’ offense, but also the maturation of players at many other positions.

“You have to stay humble during it all and keep a level head,” Cooper said of his leadership role. “You can’t get cocky. You get cocky with it, you’ll be on the bench on Friday night.”

While Cooper is set to begin his fourth straight season as a starter, Subias and York are both three-year starters. All three have overcome a great deal of adversity to be standing among the team’s most reliable personnel.

Subias has rehabbed from two shoulder surgeries since last year’s regular season. York was in a car accident that set him back. Cooper persevered through his freshmen year where the team had about 30 players quit, among injuries.

Ledbetter said he’s leaning on the experience of his O-line vets and White to keep everyone moving in the right direction as the team works to construct its depth following the graduation of several impactful players.

Plainview’s entire starting backfield graduated, but the team also has a lot of experience coming back. Five of the running backs competing for starting jobs have had significant success in the backfield, and four O-linemen competing for playing time have either started or saw in-game varsity action in spots last season.

“Experience in high school ball — no matter the sport — is so critical,” Ledbetter said. “The more experience your players have, the better chance the team will have. As a coach, it's easier to install something new or polish up what you do. Experienced players are also like having extra coaches.  They help develop younger or newer players. (Offensive line) and (quarterback) are pretty critical areas of any offense and we will lean heavily on these guys to help us build depth and polish up what we do on offense.”

Preparing for his third season as Plainview’s primary signal caller, White plays a major role in getting his teammates properly equipped to perform the right way. Being in charge of giving directions and having his teammates accept those directions isn’t an easy part of his job. It demands a lot.

But White knows it comes with the territory.

“I want to get everybody to pull the same weight,” White said. “There are a few spots that need to be filled in with some seniors we had graduate last year. And I think getting everyone moving in the same direction has been a big thing.”

Learning to adjust to the environment, whether it’s during a practice or a game, is a crucial part of player development. It has been for Cooper, who has been working as a lineman since he started playing football in elementary school.

“There are different adversities,” he said. “If one of your teammates jumps offsides, that’ll set you back, but you have to line up again and fire off the ball on the next play.”

Cooper and Co. helped create great opportunities for the offense last season, highlighted by consistent performances in the run game.

“I felt like it was like a payday,” Cooper said of seeing last year’s offensive success. “You put in all the work during the offseason and on Friday nights you’re out there to get your paycheck.”

White began his football career as a first-grader, playing as a running back before transitioning to quarterback as a seventh-grader. His strides earned him the starting QB job for Plainview’s varsity as a sophomore.

Having battle-tested teammates in Subias, York and Cooper returning for another run with the Bears in 2021, White praised their consistency and leadership.

“I trust them fully,” White said. “They’ve shown me what they can do and have helped me develop their trust. I feel like that’s helped us all a lot.”

“The smallest thing from eyes to feet can mess up a play, because everything happens so fast in our offense,” Ledbetter said. “We can run the spread offense with Noah and let him progress through the routes while reading the defensive coverage.

“It helps that Noah has more starts at safety in his career than QB. During Noah’s sophomore season, our offense had a lot of (run-pass options) built around Noah in the run game. It takes a special player to be so versatile slash multiple in one position, especially QB.”

White led the Bears’ defense in interceptions in the last two seasons, while also being among the team’s top two defenders in recorded tackles.

“Noah, most of all, is a great person. Great people make us all better when we are around them,” Ledbetter said.

Ledbetter said coaches have to account for White and know his placement on defense prior to a snap because of how disruptive he can be on both run and pass plays.

“His length is another disruptive issue for the offense. Noah is a very tall safety with a 33- 34-inch vertical,” the coach said. “Even if he is out of position he can still make a play because of his length.”

Ledbetter said a typical game week will include talking with the head coach of the opposing team a couple of times leading up to the week’s contest. He said one topic of conversation is always how Plainview’s No. 12 plays safety.

Opposing teams can get an advantage on White if he runs too quickly toward the line of scrimmage, so it’s important for the senior to always be cognizant of his run-pass reads, Ledbetter said.

As Plainview transitioned into summer, the greatest challenge to having players learning new assignments became time.

Or a lack thereof.

June offered little in the way of solid football work, as most of the month was geared toward conditioning and weight training.

On Thursday, the Bears completed their second joint organized team activity of the summer at Madison County. They are deep into the skill work portion of the offseason, and with a little more than a month left to prepare for their regular-season opener, it’s almost crunch time.

The Bears finished the 2020 season with a 10-2 overall record, including a 5-1 record in Class 3A, Region 7 play. They advanced to the second round of the state postseason for the first time under Ledbetter’s three-year leadership span and the first time since the 2014 season.

Plainview is scheduled to play a preseason game at Sand Rock on Aug. 20, before opening the regular season at Ider on Aug. 27.