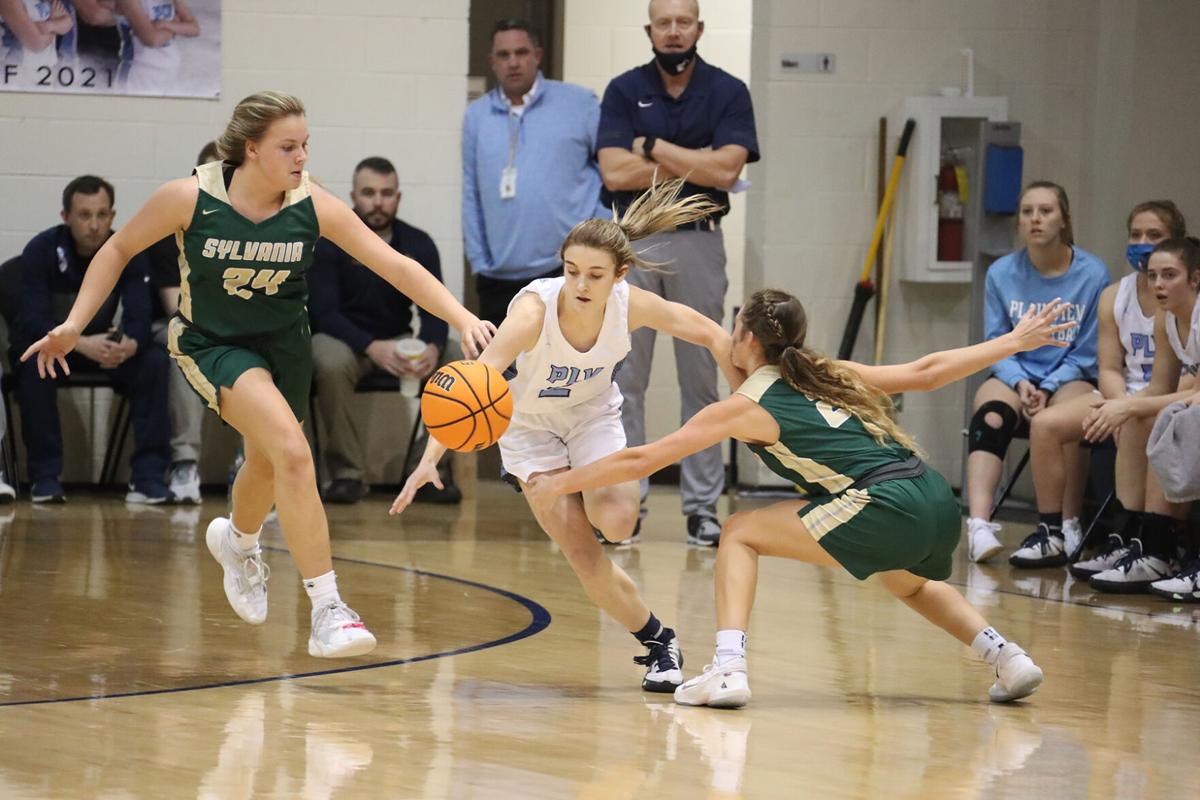 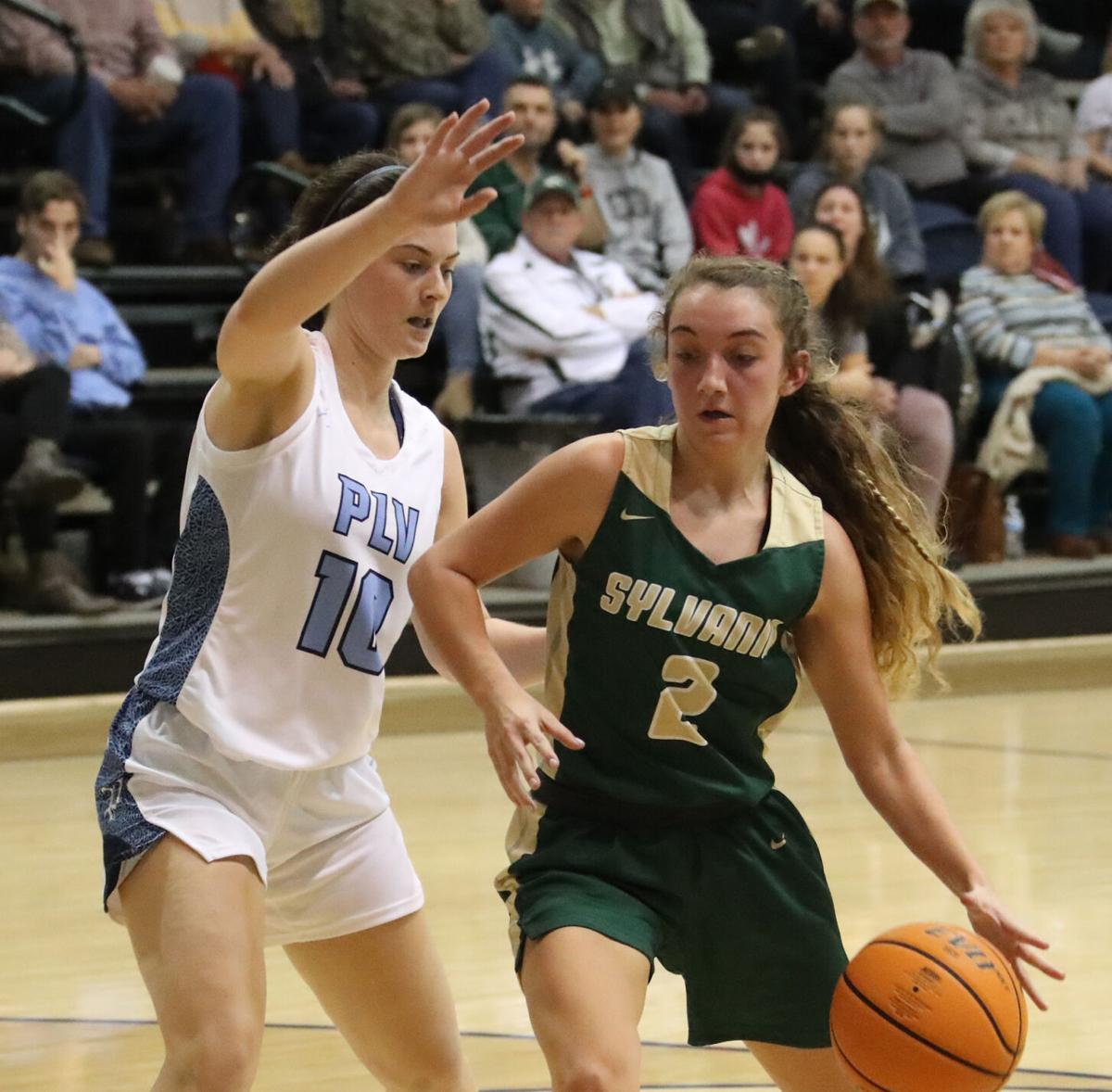 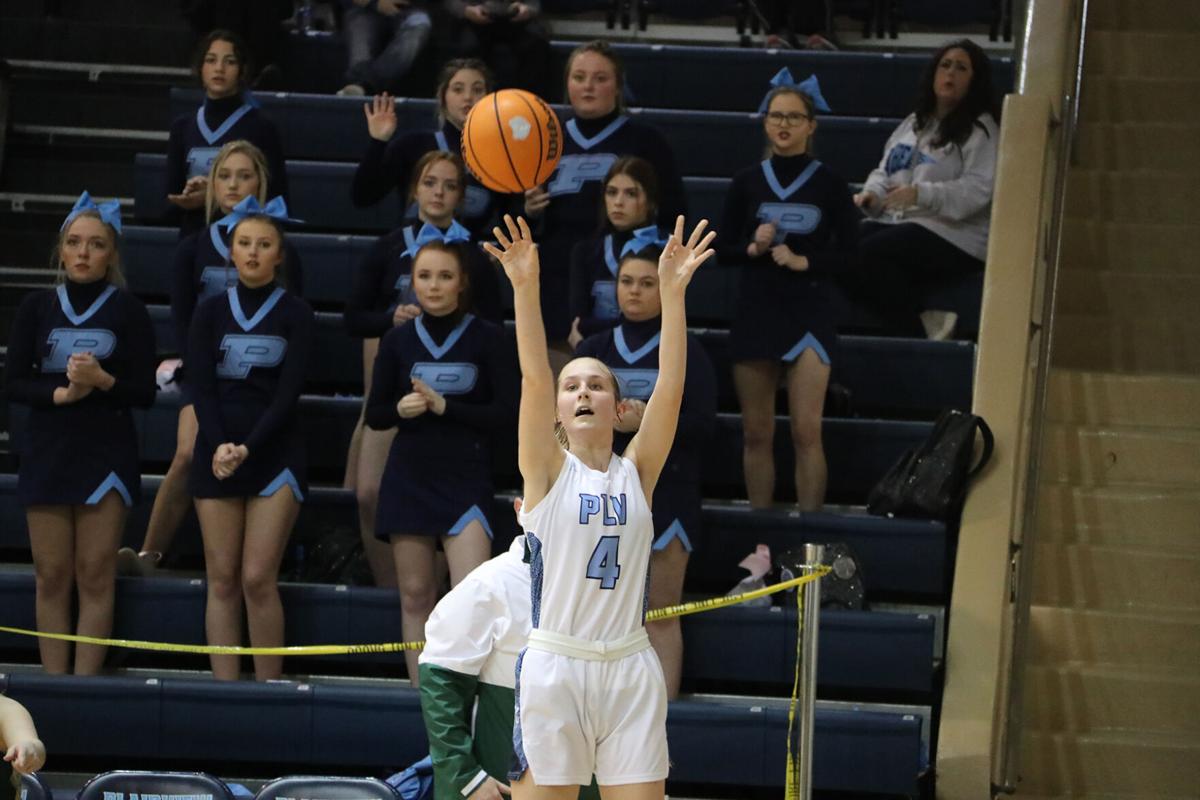 RAINSVILLE — Once the Plainview Bears took the lead late in the first half, they rode the momentum wave all the way to an area title.

Halle Brown and Payton Blevins each scored 18 points and Kami Sanders had 15 points as the Bears surged ahead in the second quarter en route to a 63-52 victory against the Sylvania Rams, claiming the Class 3A, Area 14 championship Thursday night.

The victory secured top-seeded Plainview (24-7) as host for Monday’s sub-regional round. The Bears host Hokes Bluff at 6 p.m. Monday. Hokes Bluff lost to Collinsville 47-21 in the 3A, Area 12 Tournament title game Thursday.

“The last two years we were in an area with Pisgah, who went on to win the state championship both years, so it made it a little tough,” Griggs said. “I’m feeling pretty excited about the program right now.”

Leianna Currie finished with a game-high 20 points, Ambriel Stopyak added 15 points and Kenadie Lee and Anna Farmer each scored seven points for the Rams (23-8), a 2-seed in Area 14 who will travel to Collinsville for the sub-regional round.

“I think when we look at the film there’s going to be a disappointment in not being able to maintain our starting effort,” Sylvania coach Kyle Finch said. “Our effort there early was phenomenal. We were being strong with the basketball, and then we went into a span where I felt like we lost our concentration, our momentum. For whatever reason, we had a lapse there at the end of the first quarter right into the second quarter.”

Plainview trailed 18-10 in the opening period as the Rams used a stout defensive effort to disrupt any offensive flow, forcing turnovers and turning them into quick baskets.

But the Bears found ways out of Sylvania’s defensive traps and went on a 4-1 run to escape a 21-10 deficit and take the lead for good with 3:17 left in the half.

“Props to Sylvania, of course,” Griggs said. “They are very good on defense, a very good team.

“I think our girls were a little nervous to start the game. Some of the girls haven’t played in a game of this magnitude. We finally settled down and started playing ball, and that sure did help.”

Blevins scored two foul shots in a 1-and-1 free-throw shooting situation and Jesi Fairris passed into the front court to a wide-open Sanders for a corner 3-pointer during the spurt.

Harlee Turner assisted Currie with a 3-pointer to pull Sylvania within 29-26 with 2 minutes remaining.

Blevins picked up a loose ball on Sylvania’s end of the floor and drove down for a layup, while drawing a foul in the process with 26.1 seconds left. She completed the 3-point play with the ensuing free throw.

Sanders split a pair of foul shots with 18.6 seconds to play, sending the Bears into halftime with a 33-26 advantage.

“We had some unforced turnovers in the half that I didn’t like and we had to continue getting matched up on defense,” Griggs said. “We take pride in our defense and I didn’t feel like it was up to par.”

Katelyn Sammon assisted Stopyak with a jump shot with 6 minutes left in the third to bring the Rams within 49-43.

Finch said his most important point at halftime was about working to regain the energy and defensive effectiveness that allowed the team to thrive in the opening quarter.

The Rams just couldn’t close the scoring margin in the second half.

“We could never regain that early momentum,” Finch said. “It’s just one of things where there will be some things we wish we could have back, offensively and defensively.

Plainview boosted the lead to as many as 11 points in the fourth quarter.

“Coach Finch does a great job with his team, mixing things up,” Griggs said. “Down the stretch, I think some plays just went our way and that was the difference in the game.”

Plainview finished with 23 turnovers and Sylvania had 20.