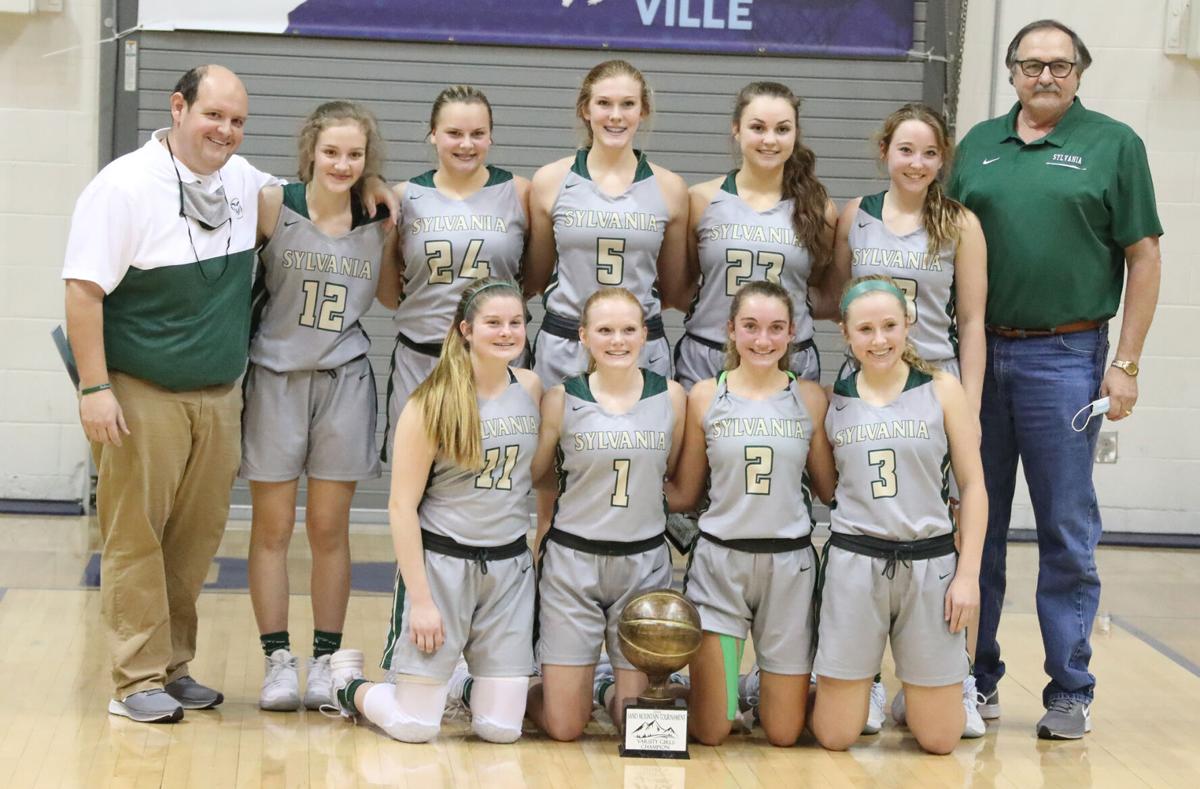 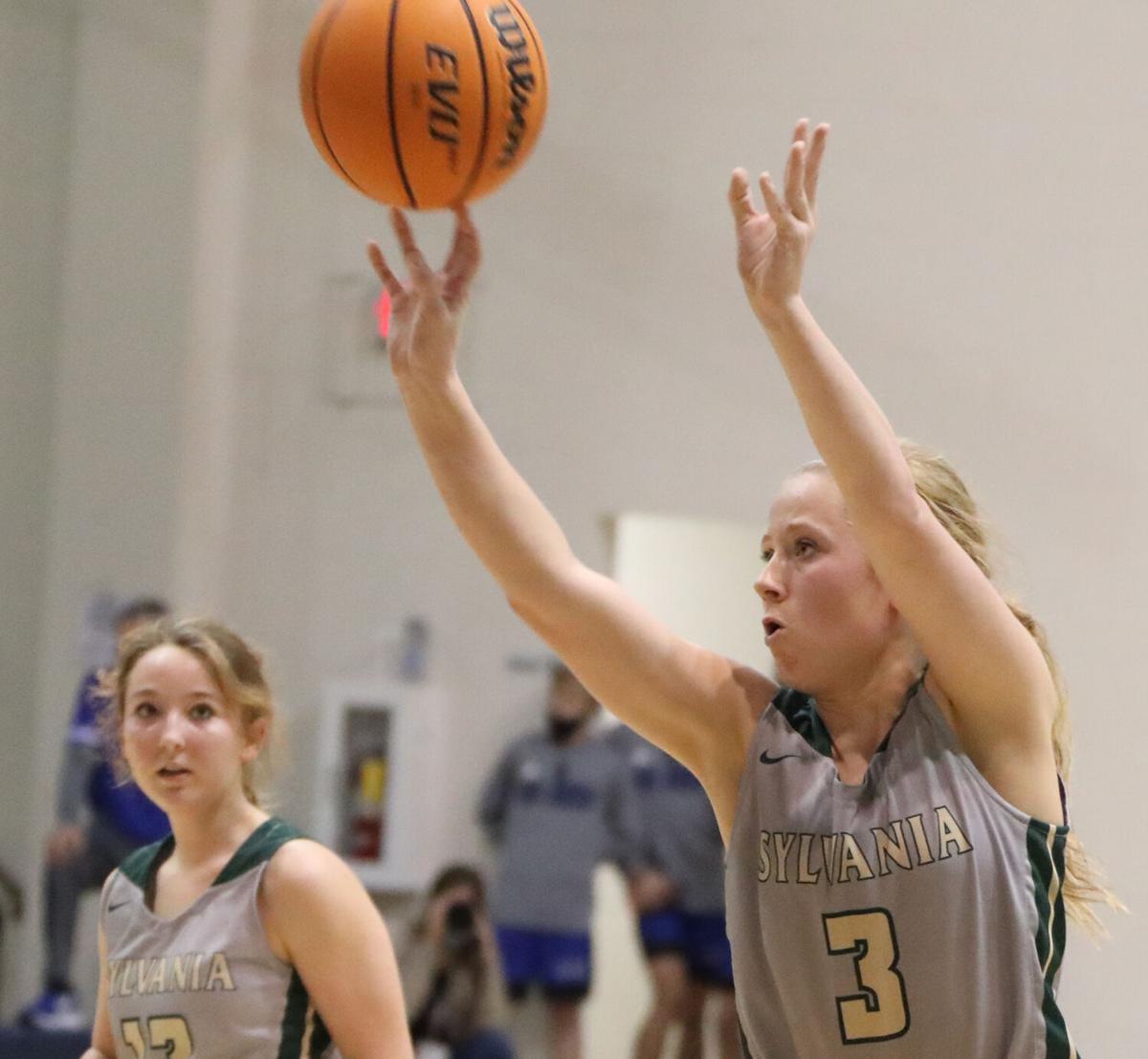 Sylvania guard Kenadie Lee (3) shoots a 3-pointer as teammate Ambriel Stopyak looks on at the Sand Mountain Tournament in Rainsville on Saturday afternoon.

Sylvania guard Kenadie Lee (3) shoots a 3-pointer as teammate Ambriel Stopyak looks on at the Sand Mountain Tournament in Rainsville on Saturday afternoon.

Lee was named the tournament’s MVP, with teammates Currie, Farmer and Stopyak joining her on the all-tournament squad at DeKalb County Schools Coliseum in Rainsville.

Plainview’s Payton Blevins and Halle Brown were also selected to the all-tournament team.

Lee sank a 3-pointer with 2 minutes left in the third quarter, tying the game at 34. Neither team scored in the quarter’s remaining time.

A Stopyak steal and layup ignited a 9-2 scoring spurt by the No. 4-seeded Rams to begin the final period. Stopyak stole another pass and scored from beyond the arc to lift Sylvania to a 39-34 advantage with 7 minutes to play.

Farmer scored eight of her 11 points in the final frame, including a layup off a steal, a rebounding score and another layup off a feed from Lee, helping the Rams take a 50-36 lead.

The Bears, a three-seed, used defensive traps to try and force turnovers throughout the game’s final minutes in an effort to make up the deficit, but Sylvania’s players made passes out of double teams and worked well to neutralize the defensive effort.

Blevins led all Plainview scorers with nine points, all coming from 3-point baskets.

The Bears led 38-22 entering the fourth quarter and outscored Ider 29-9 the rest of the way.