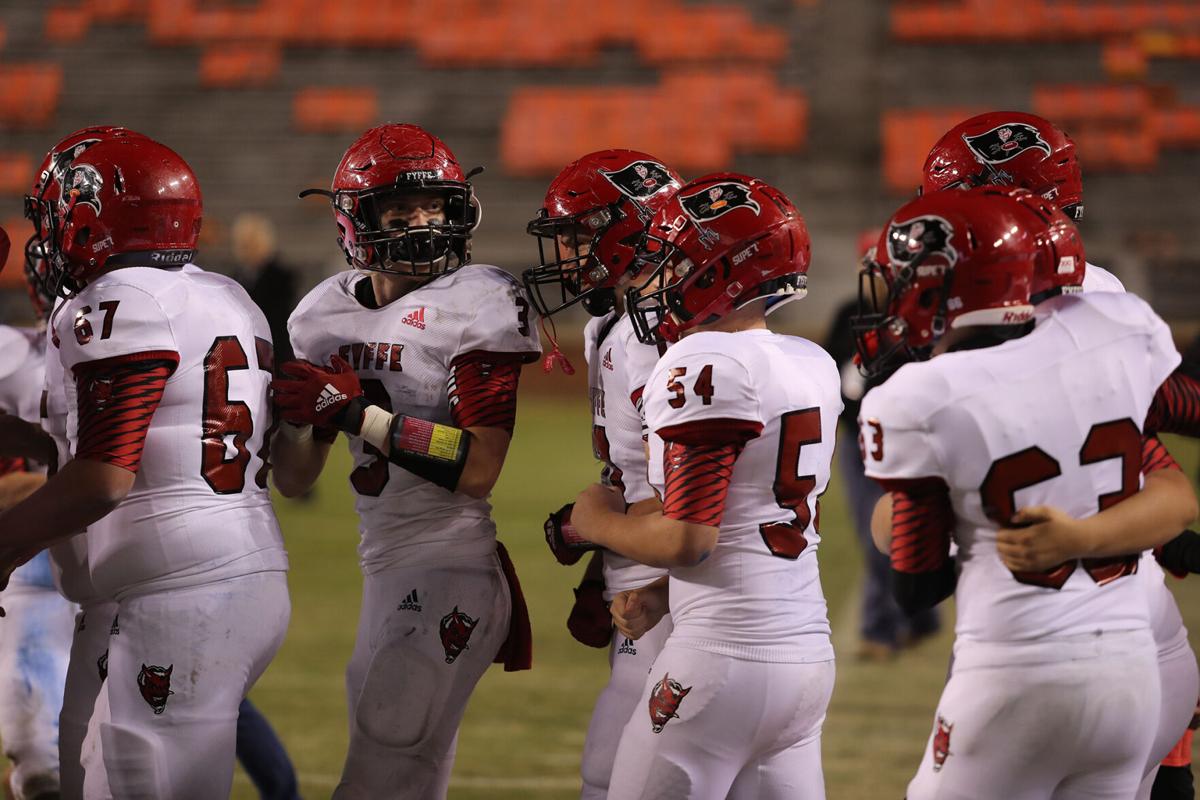 Fyffe’s Parker Thompson (67), Hunter Gillilan (3), Bobby O’Connor (54) and others celebrate after defeating Reeltown in the Class 2A state championship at Jordan-Hare Stadium in Auburn on Dec. 6, 2019 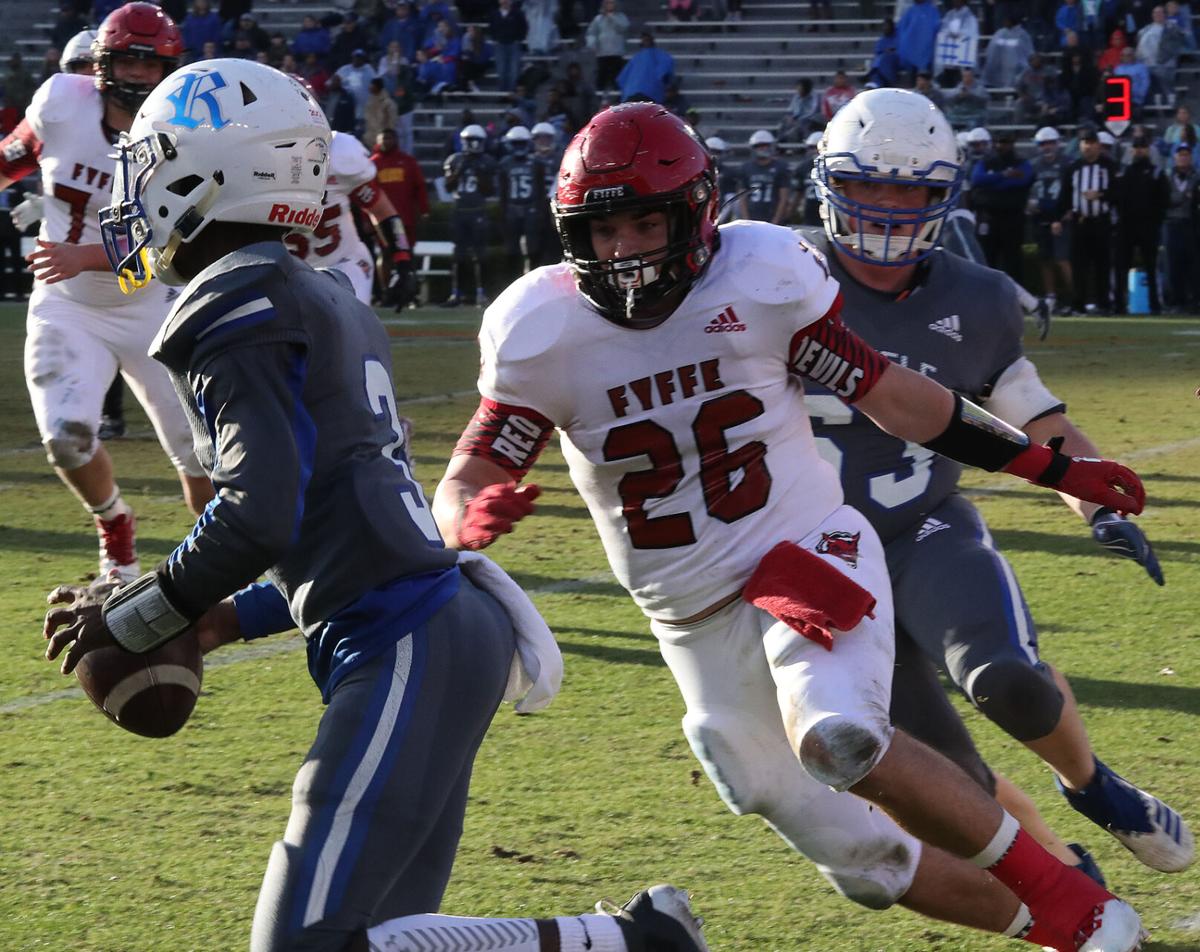 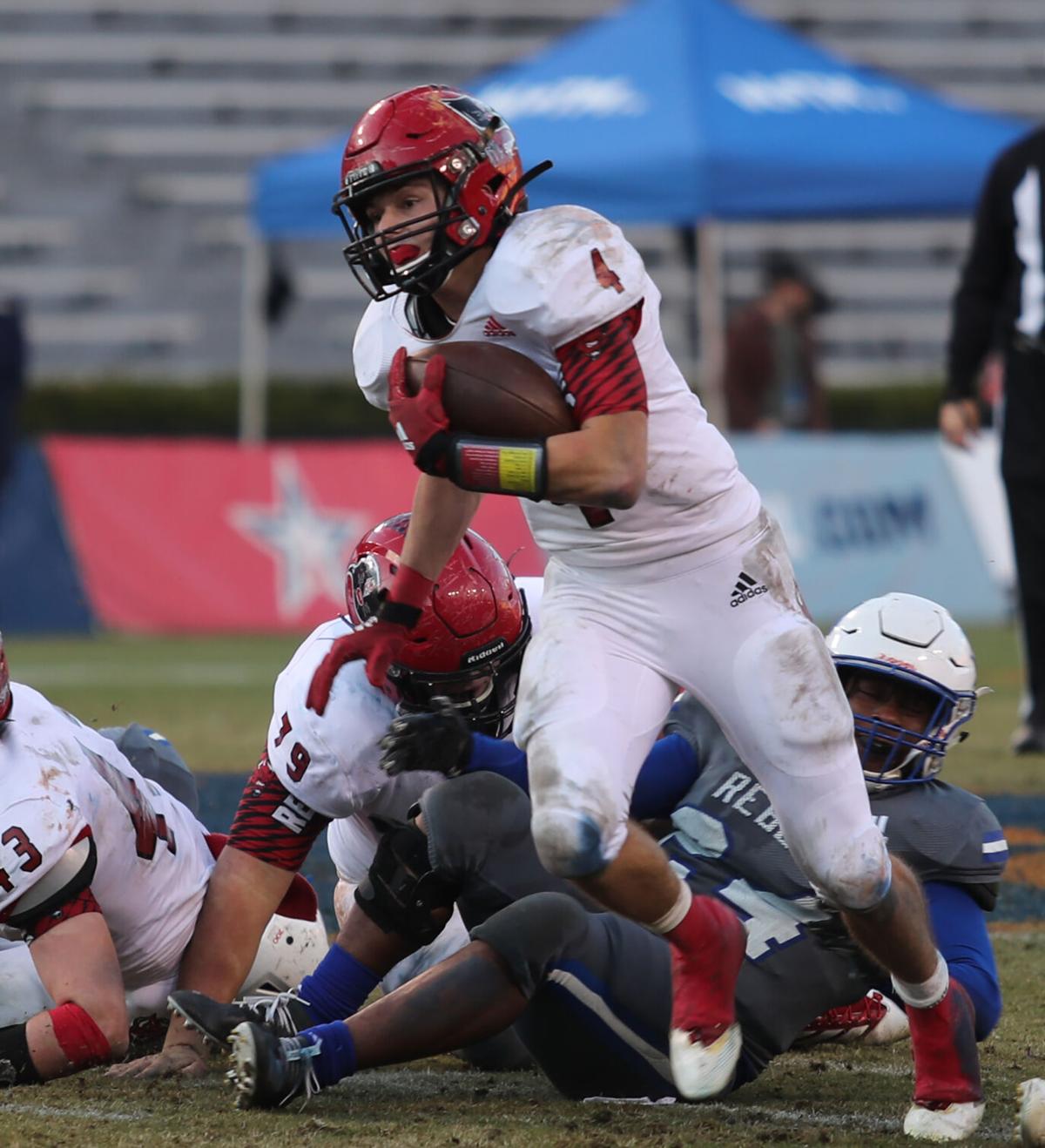 Fyffe’s Ike Rowell runs the ball against Reeltown during the Class 2A state championship game at Jordan-Hare Stadium in Auburn on Dec. 6, 2019.

Fyffe’s Parker Thompson (67), Hunter Gillilan (3), Bobby O’Connor (54) and others celebrate after defeating Reeltown in the Class 2A state championship at Jordan-Hare Stadium in Auburn on Dec. 6, 2019

Fyffe’s Ike Rowell runs the ball against Reeltown during the Class 2A state championship game at Jordan-Hare Stadium in Auburn on Dec. 6, 2019.

After tallying 2019 football scoring leaders, the AHSAA confirmed Fyffe as the team that allowed its opponents the fewest number of points among all classifications en route to winning its second straight Class 2A state championship.

The Red Devils surrendered 36 points last season, a 2.4 points-per-game average to rank as the top defense among all seven AHSAA classifications. They finished with a perfect 15-0 record and defeated Reeltown 56-7 in the state championship game at Jordan-Hare Stadium in Auburn on Dec. 6, 2019.

From 2010-19, Fyffe amassed the highest winning percentage of any team in the state (93.4%). The Red Devils won four state titles during that span with 128 wins and nine losses in 137 games.

UMS-Wright of Class 4A had the second-best defensive season of 2019. The Bulldogs allowed 89 total points (6.4 per-game average) and defeated Jacksonville 28-17 to earn the 4A state title.

Fyffe’s points-allowed total was 79 points lower than the second-best 2A defense in Ohatchee, who finished with the 12th-ranked defense among all classifications.

On the offensive side, Fyffe boasted the 25th-best offensive performance among all classifications. The Red Devils scored 583 points for a 38.9 points-per-game average, the seventh-highest scoring output in 2A.

Collinsville’s offense had the 12th most productive offense in the AHSAA for fifth-best in 2A. The Panthers scored 596 points, averaging 42.6 points per game, and finished with a 12-2 overall record. Their only losses came against eventual 2A state champion and region rival Fyffe.

Valley Head’s defense ranked 16th in Class 1A last year, as the Tigers allowed 231 total points and closed with a 6-5 record and a first-round appearance in the state playoffs.

In 3A, Geraldine produced the ninth-best offense and the 11-best defense. The Bulldogs scored 445 points and gave up 225 points, advancing to the third round of the postseason where they lost to eventual-state champion Piedmont.

Sylvania had the 16th highest-scoring offense in 3A and the 20th best defensive showing in the classification. The Rams scored 339 points and allowed 230 points. They finished with a 7-4 record and a first-round postseason appearance, falling to Lauderdale County 46-20 in the playoff game.

Fort Payne’s offense ranked 12th in 6A. The Wildcats produced 360 points and finished 9-3 with a 48-10 loss to defending state champion Pinson Valley in the second round of the state playoffs.

Some clouds. Low near 60F. Winds light and variable.

Some clouds. Low near 60F. Winds light and variable.

Rain showers in the evening with scattered thunderstorms arriving overnight. Low near 55F. Winds NW at 5 to 10 mph. Chance of rain 60%.