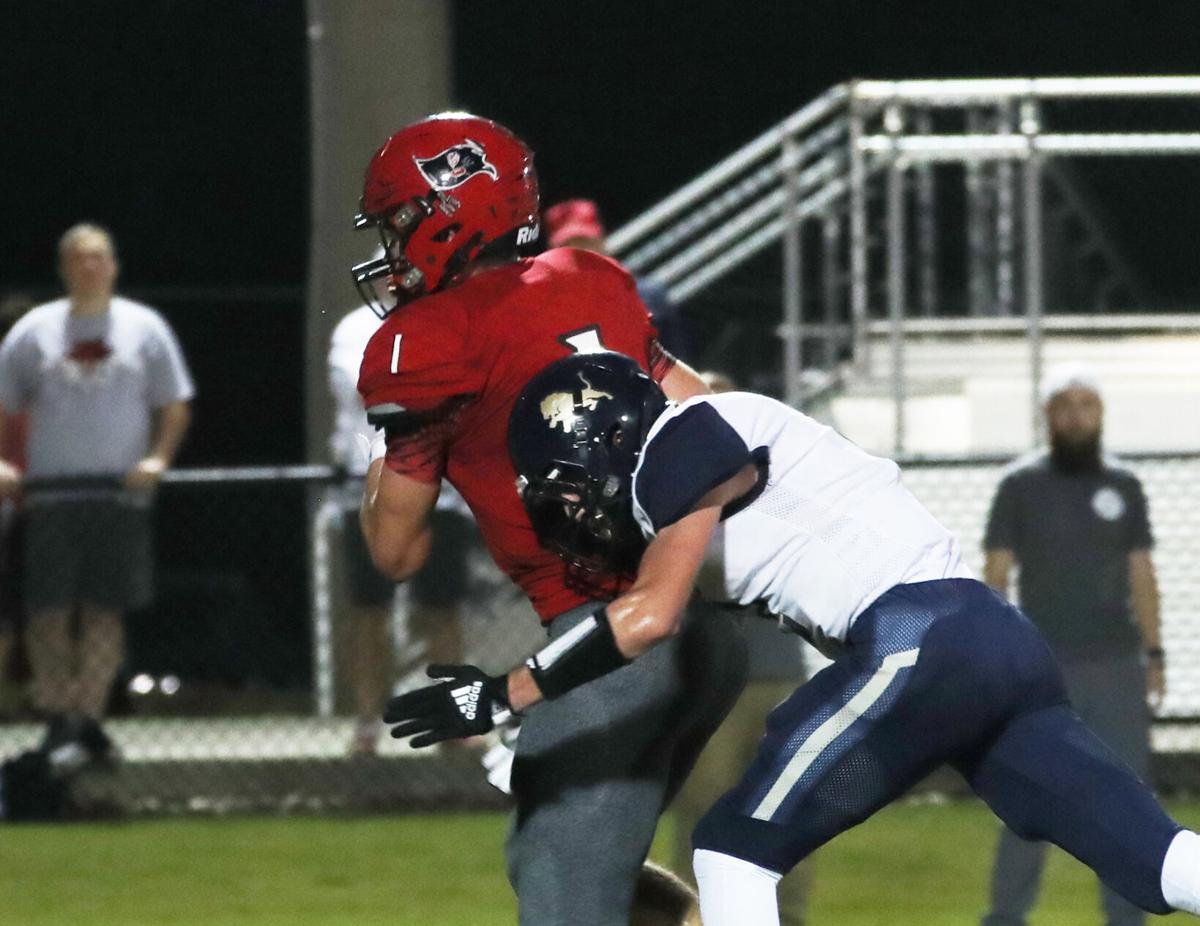 Fyffe's Austin Mulligan (1) runs toward the end zone after making a catch against Brindlee Mountain on Sept. 16. 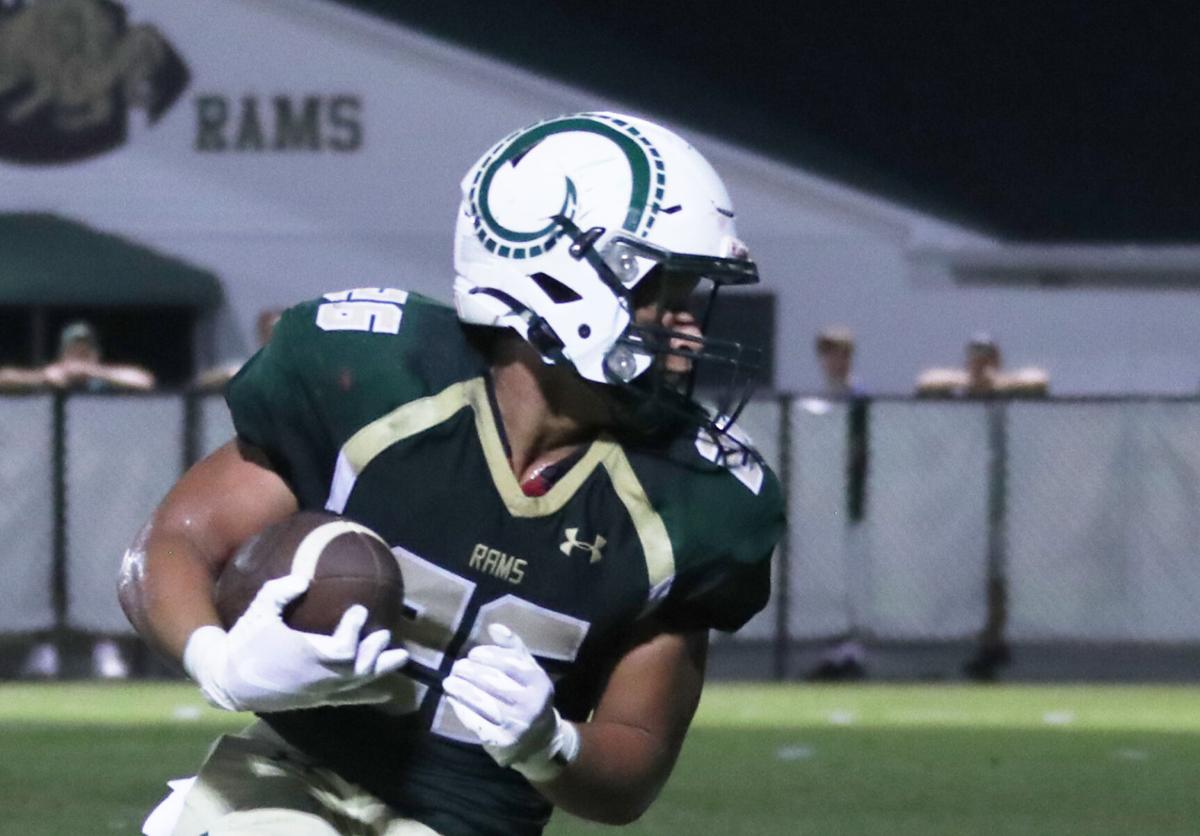 Sylvania's Styles Hughes looks for additional running room as he runs toward the sideline during a Class 3A, Region 7 game against Collinsville on Sept. 17. 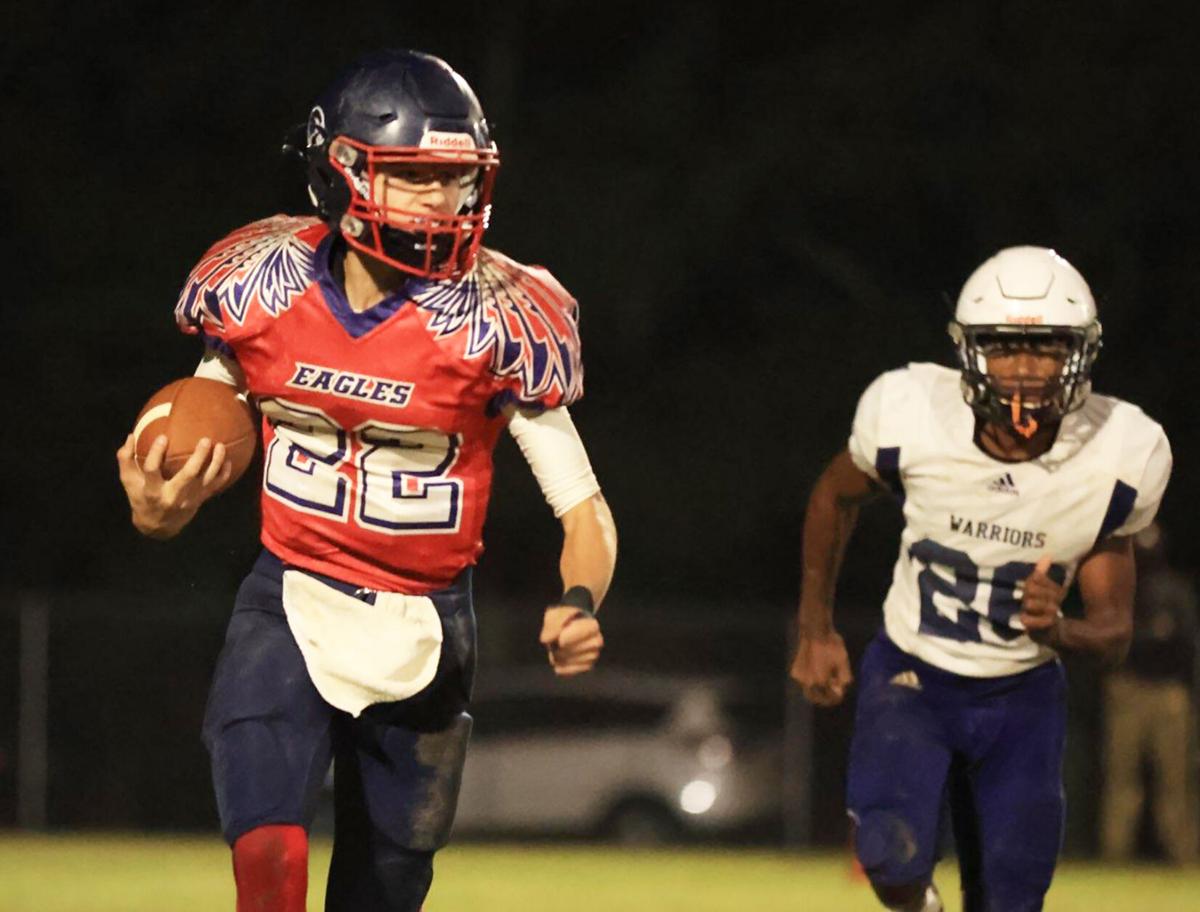 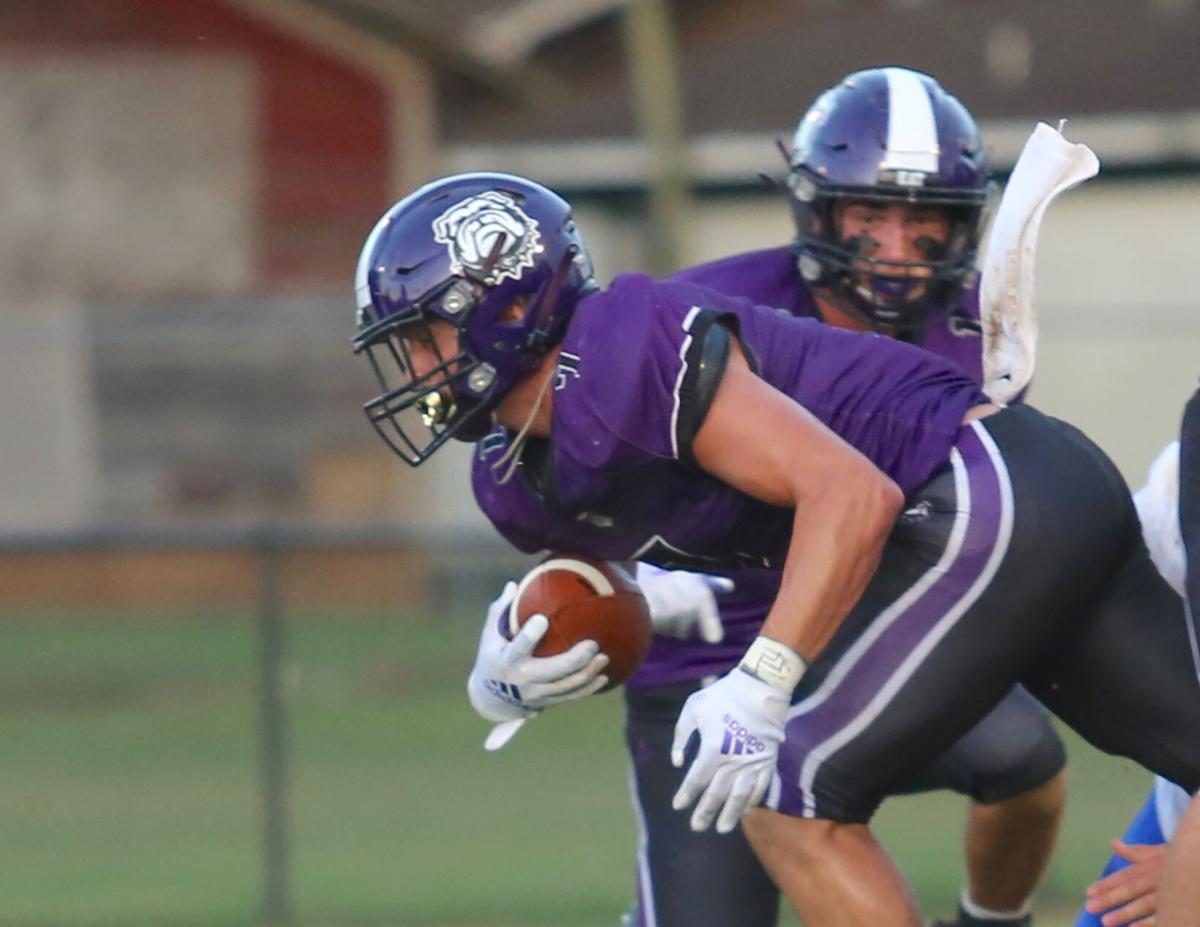 Geraldine's Caleb Hall runs with the ball through the line of scrimmage during a game against Piedmont earlier this season.

Fyffe's Austin Mulligan (1) runs toward the end zone after making a catch against Brindlee Mountain on Sept. 16.

Sylvania's Styles Hughes looks for additional running room as he runs toward the sideline during a Class 3A, Region 7 game against Collinsville on Sept. 17.

Geraldine's Caleb Hall runs with the ball through the line of scrimmage during a game against Piedmont earlier this season.

In a return from a bye week, undefeated Fyffe looks to capture its 50th win in a row, as Plainview visits for a Class 3A, Region 7 contest at Paul Benefield Stadium at 7 p.m. Friday.

Fyffe (4-0, 3-0 3A, Region 7) enters after a week of recovery and preparation. Brodie Hicks and Brayden Williams each rushed for two touchdowns in the Red Devils’ 56-0 romp past Brindlee Mountain on Sept. 16.

Meanwhile, the Bears improved to 4-1 after earning a 41-0 win against Class 5A Crossville at Crossville Memorial Stadium last Friday.

Andrew Hall rushed for three scores and Dylan McCullough and Levi Brown each finished with two rushing touchdowns for Plainview, taking a 28-0 advantage at halftime.

The Bears amassed 486 yards of offense (471 rushing), gained 24 first downs, were 6 of 8 on third-down conversions and had one turnover.

The defense limited Crossville to 134 yards (134 rushing), six first downs, 1 of 11 on third-down attempts and forced one turnover.

Plainview has a region win against Asbury and a region loss to Geraldine. The team has non-region wins against Ider and Pisgah.

In the all-time series between Plainview and Fyffe, Fyffe leads 36-23-1. The Red Devils have won the previous 12 meetings. Plainview’s last series win was a 35-12 triumph in October 2008, all according to the Alabama High School Football Historical Society’s website.

Sylvania returns from a bye week and dives back into 3A, Region 7 competition, hosting Asbury for homecoming at 7 p.m. Friday.

In their last contest Sept. 17, the Rams scored on their first five possessions and rolled past Collinsville 35-7.

Brody Smith completed all nine passing attempts for 243 yards and four touchdowns for the Rams (3-2, 2-1 3A Region 7). Sawyer Hughes led all receivers with four receptions for 154 yards and three touchdowns, Styles Hughes had one catch for a 7-yard score and added 30 yards rushing on five carries for a score.

Asbury has lost its last four games, falling to 1-4 after a 50-22 defeat at Gaylesville last week.

The Patriots, from Pinson, visit Rainsville after picking up a 40-14 win against Southern Christian last Friday, snapping a two-game losing streak to improve to 3-3.

Lucas Hale had 10 rushes for 52 yards and the Eagles’ lone score. Blake Dobbins rushed for 68 yards on 14 attempts.

Aiming to bounce back from its second loss, Geraldine visits winless Brindlee Mountain for a 3A, Region 7 contest at 7 p.m. Friday.

Sumiton Christian held Brindlee Mountain scoreless, 39-0, last Friday. The Lions forfeited a game against Sylvania and have only registered six points all season, while allowing opponents a combined 193 points.

In their second of three straight road games, the Bulldogs took a 54-31 loss at non-region Saks last week. They fell to 3-2 overall with the loss.

After Geraldine pulled ahead early at 7-0, Saks scored 22 straight points to grab control.

A touchdown by Colton Lusher brought Geraldine within 22-13 with 9:40 left in the second quarter, but Saks returned the ensuing kickoff to Geraldine’s 35-yard line for a short field.

Saks quarterback Sean Parnell rushed 2 yards for a score with 8:17 on the clock, making it 28-13.

Saks extended its lead to 34-19 inside the final 2 minutes of the opening half.

In last Friday’s non-region DeKalb County duel, the Tigers fell behind 28-7 at halftime, but rallied with two touchdowns in the third quarter to whittle the lead to 28-20 with 5:11 remaining.

But Ider added two additional scores in the final period while preventing the Tigers from reaching the end zone.

As Valley Head and Appalachian meet for a 1A, Region 7 tilt this week, the Tigers maintain a 6-2 series lead, having won the previous five contests dating back to 2002, all according to the Alabama High School Football Historical Society’s website. Valley Head won 49-13 last season.

Ider continues its non-region slate of games this week, traveling to 1A Victory Christian for a 7 p.m. contest at Richard Adams Stadium in Pell City on Friday.

Hunter Robinson led Ider’s run game with 164 yards on 13 carries with two touchdowns, Matthew Norman ran for 104 yards on 10 attempts with three scores, and Dylan Grant completed 8 of 9 passes for 156 yards, no interceptions and a touchdown throw to Jesse Massey.

Victory Christian (3-3) has won two in a row, including a 21-10 win against Fayetteville last Friday.

The Crossville Lions remain on the hunt for their first win of the season as they travel to 5A, Region 7 foe West Point in Cullman at 7 p.m. Friday.

The Lions mustered just 134 yards of offense, including 134 yards rushing, in a 41-0 loss against 3A Plainview at Crossville Memorial Stadium last Friday.

It marked the fourth game in which Crossville failed to score. The Lions scored 20 points against Collinsville in a 21-20 loss Aug. 27.

West Point topped Hayden 14-6 last week in a non-region game to improve to 3-2.

This season, the Warriors have a forfeit win against Good Hope and a 14-7 victory against Lawrence County. They have losses against Boaz (49-7) and Fairview (49-21).