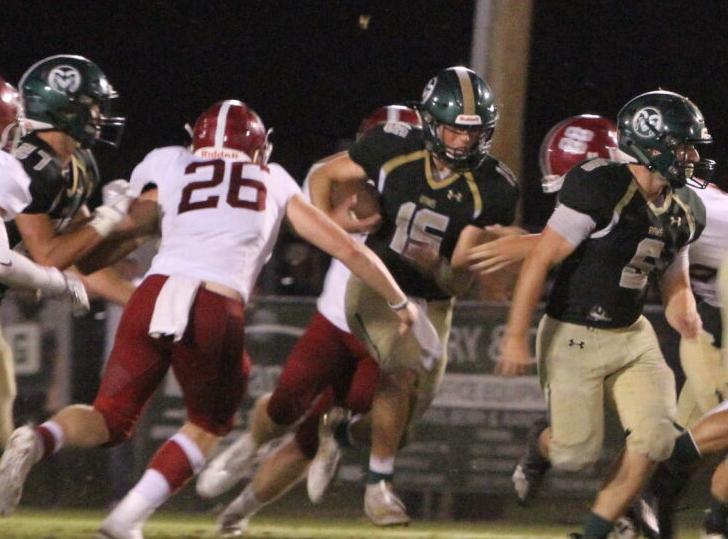 Sylvania’s Gareth Anderson (15) runs behind a block from teammate Zach Anderson (5) during a game against Sardis in Sylvania on Thursday night. 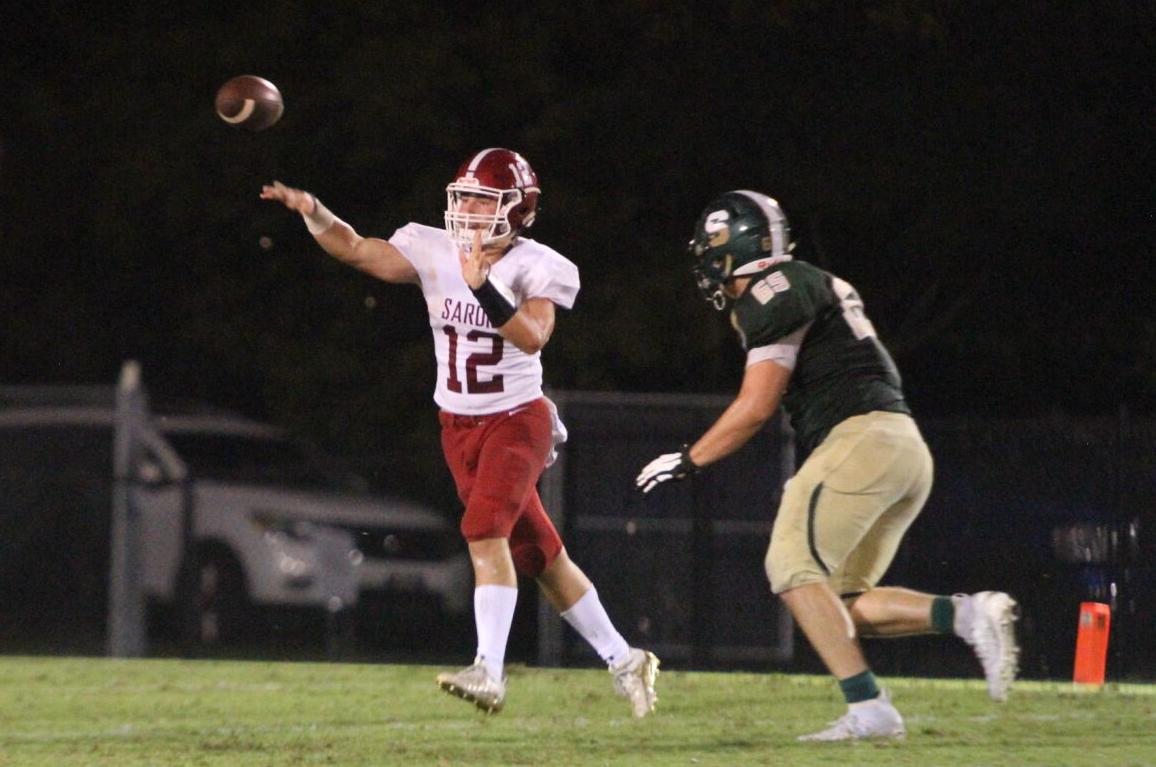 Sardis’ Brody Samples throws to a receiver as Sylvania’s Blake Phillips closes in during a game in Sylvania on Thursday night.

Sylvania’s Gareth Anderson (15) runs behind a block from teammate Zach Anderson (5) during a game against Sardis in Sylvania on Thursday night.

Sardis’ Brody Samples throws to a receiver as Sylvania’s Blake Phillips closes in during a game in Sylvania on Thursday night.

SYLVANIA — The Sylvania Rams returned home for their first home game of the season after a tough loss in Week 1 at Saks.

Behind a dominating offensive line and a stingy defense, the Rams defeated the Class 5A Sardis Lions 32-7 on Thursday night.

The Rams kicked off to Sardis to begin the game and the defense set the tone for the night with a quick three-and-out. After the punt, the Rams took over on their 31-yard line and took 10 plays to find the end zone with Keenan Wilbanks scoring from 1 yard out with 6:08 left in the quarter. Zach Anderson added a two-point conversion for an 8-0 lead. Both teams traded punts the rest of the quarter.

Sylvania started the second quarter by going 44 yards in six plays behind the strong running of Brayden Harris, who scored on a 1-yard run with 9:25 on the clock for a 14-0 lead.

The Lions had their most productive drive of the half, going 11 plays down to the Rams’ 11-yard line, but their fourth-down pass was incomplete. The Rams took over with 3:55 to go before halftime and used five plays to score with Brody Smith hitting Wilbanks for a 49-yard touchdown, making it 20-0 at the half.

The second half started with both teams trading punts before Sylvania took over on its 37 with 9:49 in the third. The Rams used a strong running attack to go 63 yards with Gareth Anderson scoring on a 14-yard run with 3:34 to go in the quarter to make it 26-0 Rams.

Sylvania’s defense got another three-and-out and forced a punt and started emptying the bench. The unit went 63 yards in seven plays with Leo Kirby scoring on a 9-yard run with 11:38 left in the fourth for a 32-0 lead.

Sardis took the ensuing kickoff on its 30-yard line and drove down the field in 12 plays and scored on a 1-yard run.

The Lions had 149 yards rushing on the night with 70 coming on their last drive. The stingy Rams defense held the Lions to only 192 yards on the night.