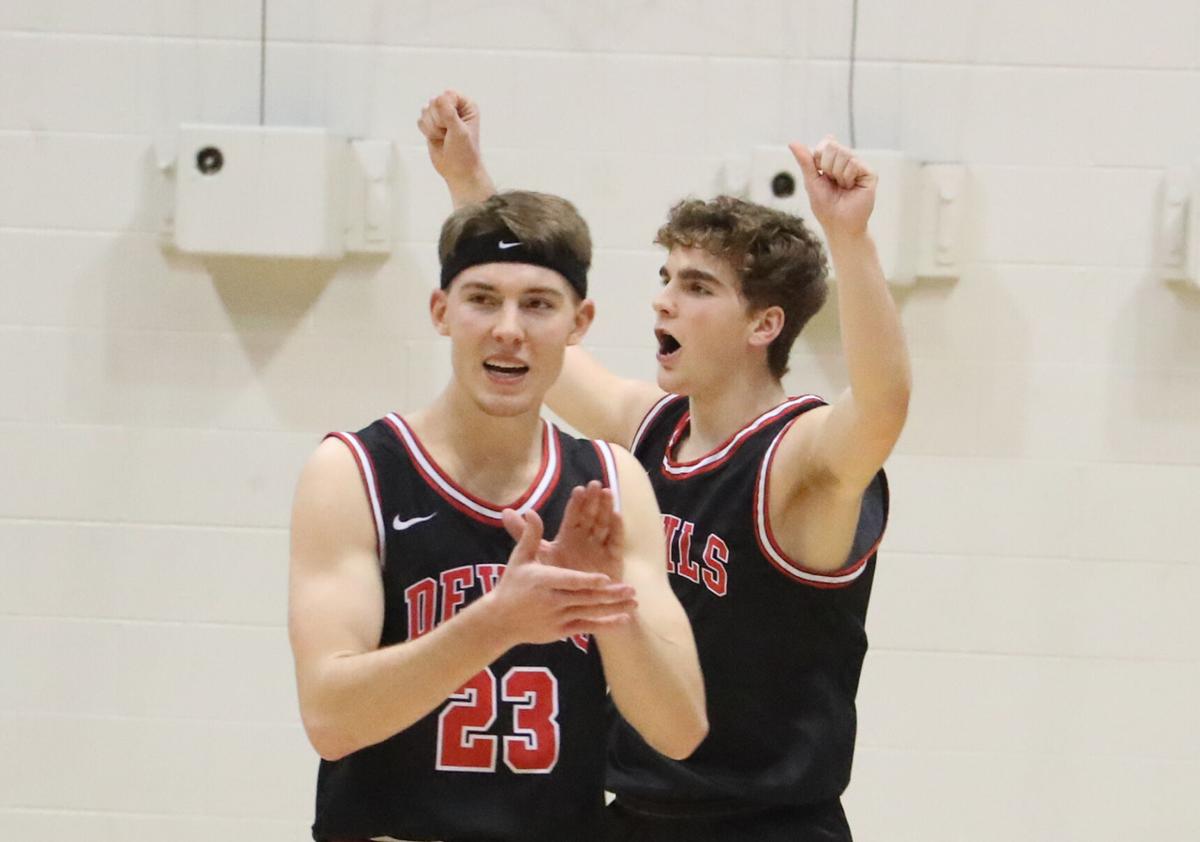 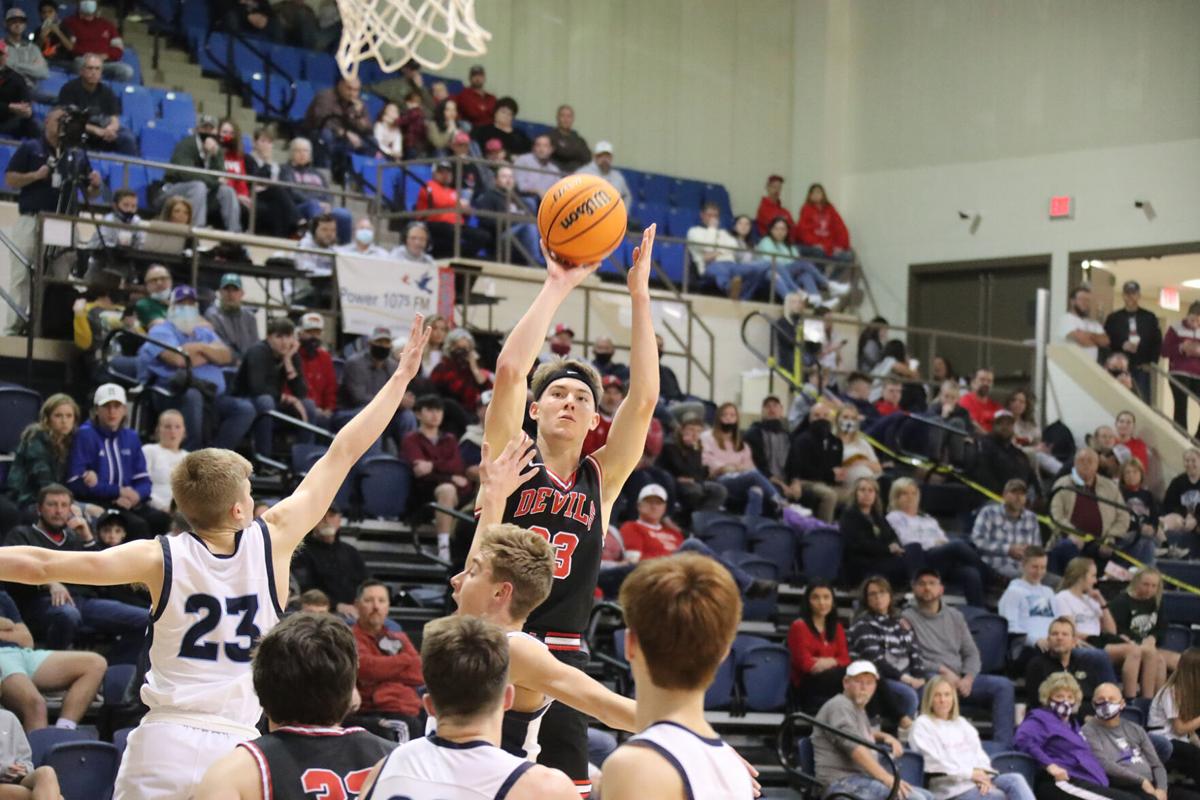 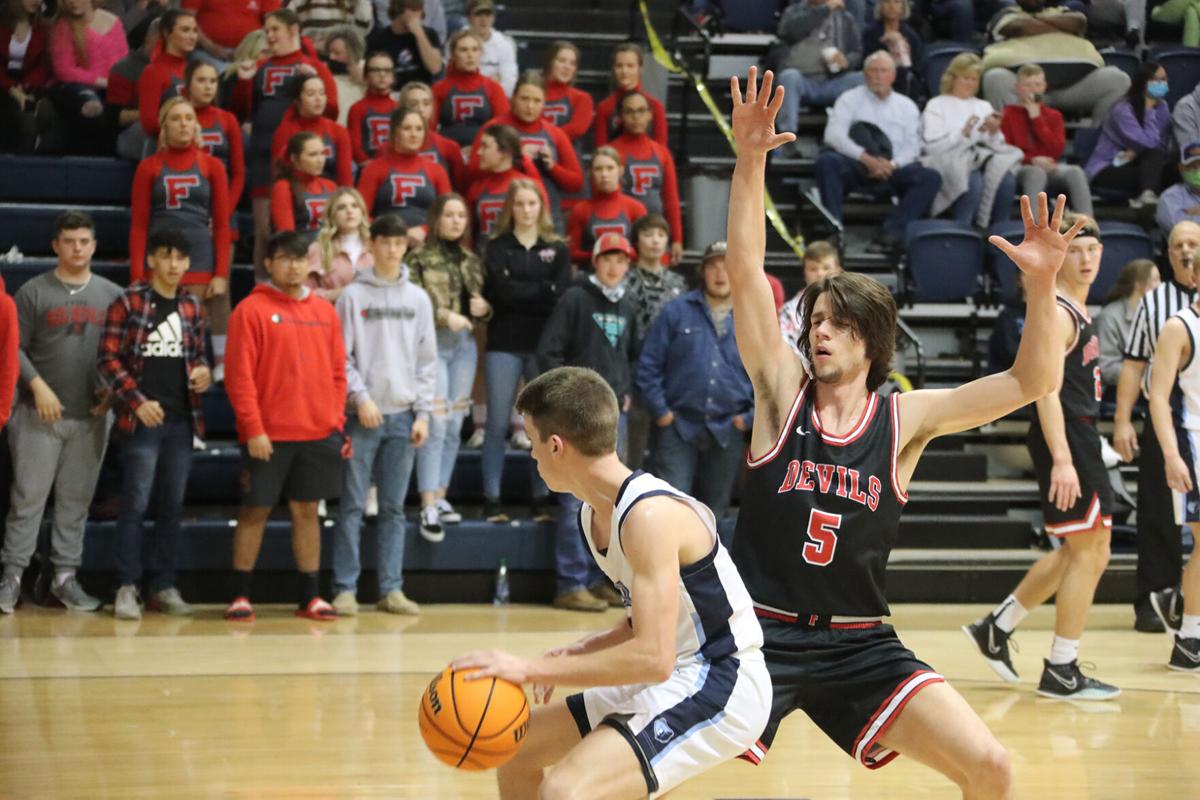 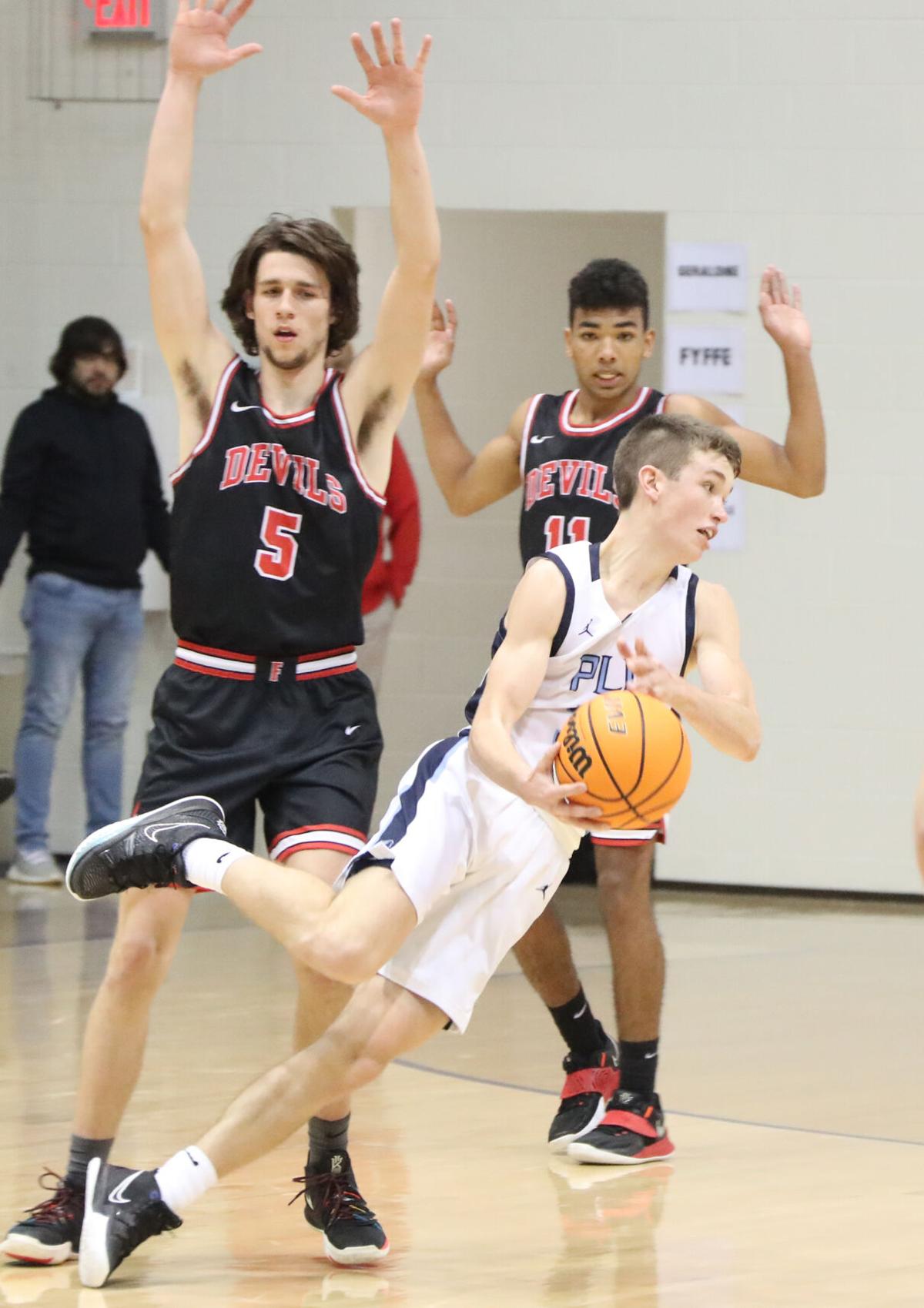 RAINSVILLE — In a game that milked every second of the fourth quarter, No. 2-seeded Fyffe’s patience and balanced attack reigned supreme.

Parker Godwin’s 19 points led three Red Devils in double-digit scoring as they put together a strong all-around performance en route to a 63-59 victory against the No. 1 Plainview Bears in the DeKalb County Tournament championship Saturday night.

Fyffe coach Neal Thrash was proud of the effort his team used to close out the game.

“We played really hard,” he said. “I know you can’t tell by looking at the stats, but we were trying to guard Cole (Millican); he’s a pretty darn good basketball player.”

Millican scored a game-high 37 points with six rebounds for the Bears (22-4), Levi Brown had 11 points and Jathan Underwood chipped in nine points and eight rebounds.

Fyffe held a 49-43 advantage at the start of the fourth quarter and Plainview pulled within two points of the lead three different times during the final stretch.

Millican made a pair of free throws with 17.8 seconds left to bring the Bears within 59-57 before Godwin received an inbounds pass and was immediately fouled.

Millican drew a foul on a 3-point attempt as the final buzzer sounded, but officials called the foul before time expired and awarded Millican three foul shots as the game clock was reset to 0.5 seconds.

Millican went 2 of 3 from the free-throw line and Fyffe inbounded to Godwin again with Plainview fouling before any time ran off the clock. Godwin sank both free throws.

Plainview threw an inbounds pass toward Millican on the far side of the court as time expired.

Johnson dunked on a fast break to give Fyffe the lead for good at 21-18 at the 3:20 mark in the second quarter. Goolesby scored a layup and Works added a 3-pointer to end the half with the Red Devils leading 28-21.

Millican scored seven straight points for the Bears to close the third. He sank a straightaway 3-pointer, added a layup and a mid-range jumper inside the quarter’s last 3 minutes.

“I think Cole Millican is one of the best players in northeast Alabama, and (Plainview) has a couple of other good shooters too,” Thrash said. “They’re missing a very key player in Luke Smith, a guy that’s hard for us to guard.

“We’ve talked about playing defense every day and the kids buy into it and don’t mind playing defense. Actually, some of them really enjoy it, so that’s a good thing.”

Fyffe advanced to the tournament final after defeating No. 3 Geraldine 76-72 in Friday’s semifinal round.

Plainview advanced after topping No. 4 Sylvania 70-57 on Friday.

Some clouds in the morning will give way to mainly sunny skies for the afternoon. High around 55F. Winds NNE at 10 to 15 mph.

Mostly cloudy in the evening then periods of showers after midnight. Low 54F. Winds light and variable. Chance of rain 40%.