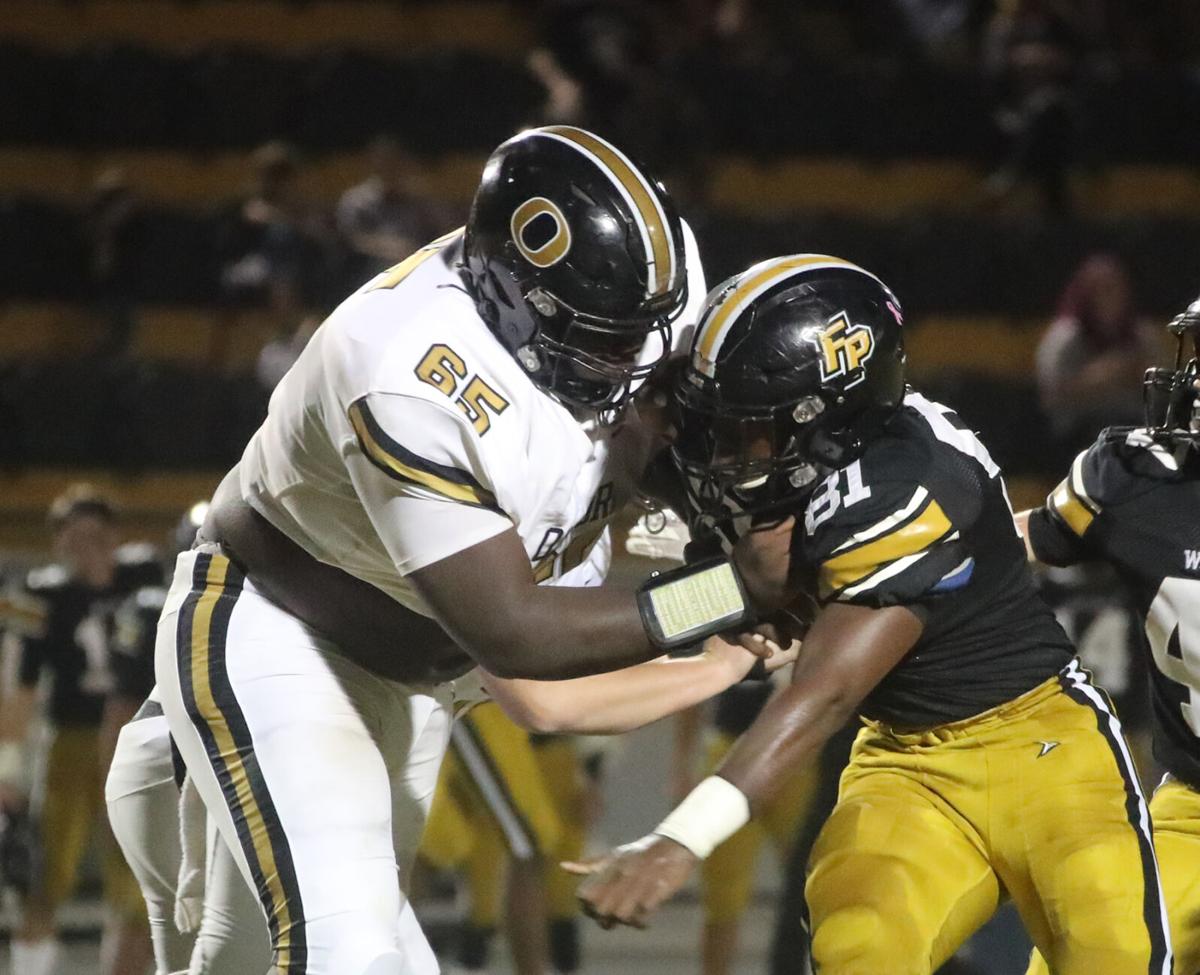 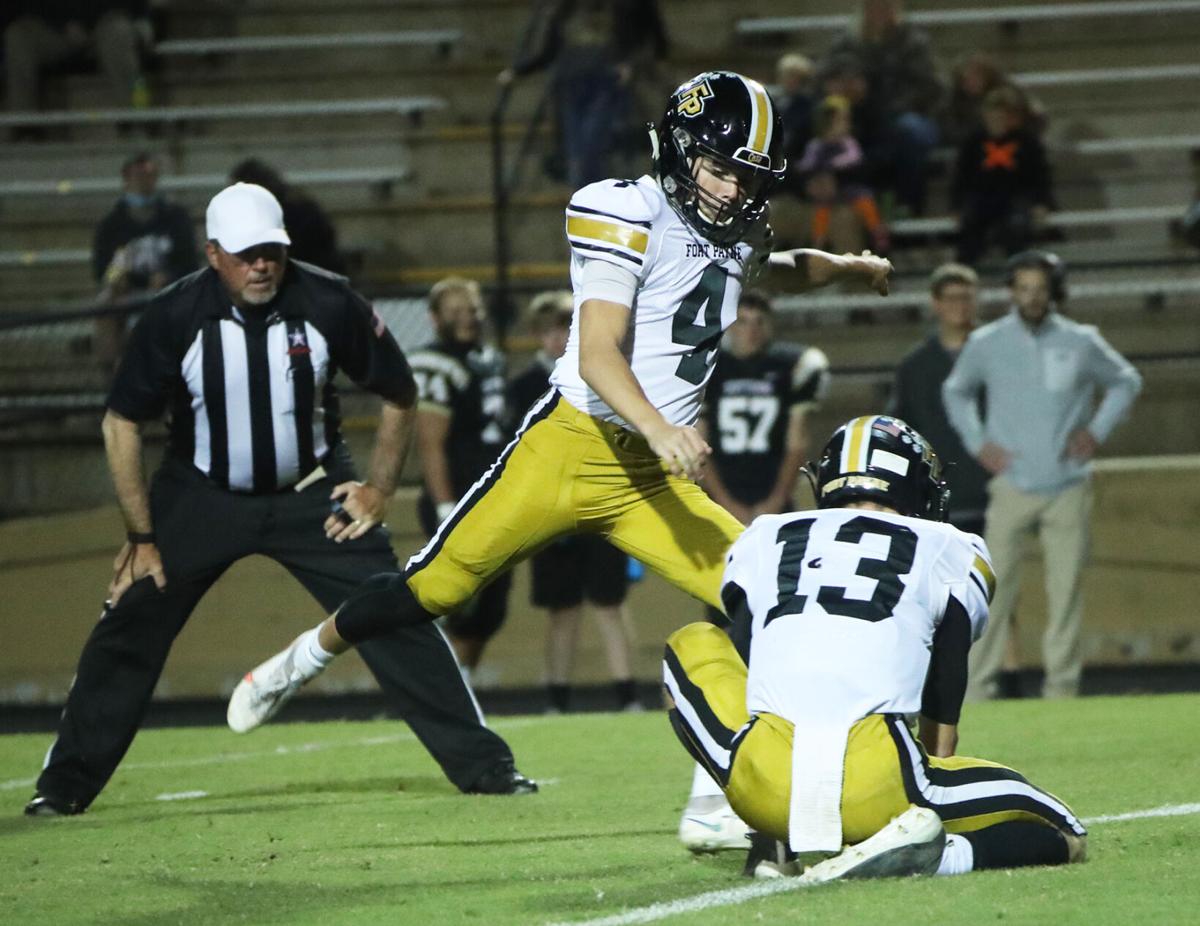 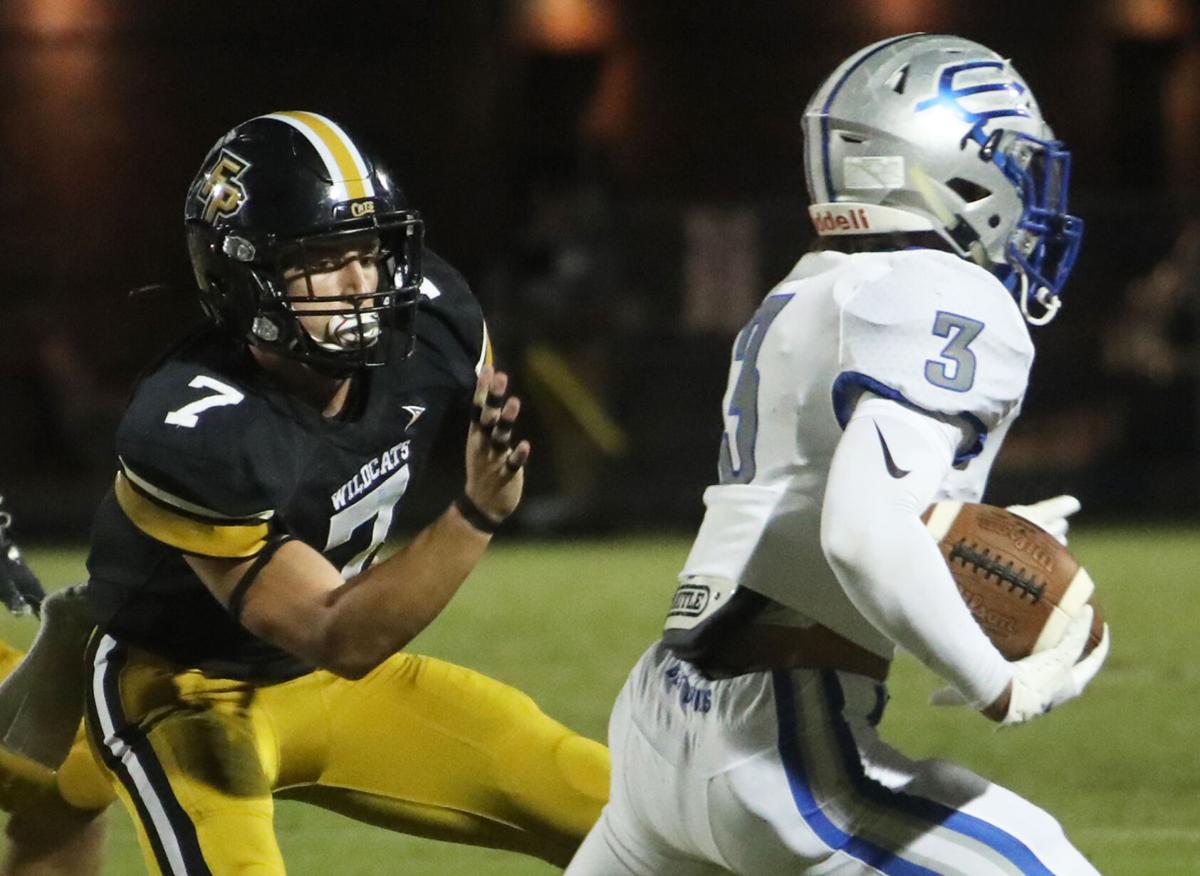 Class 6A’s Region 7 should be anything but stale when fall 2021 rolls around.

With three new opposing head coaches roaming the sidelines in the region this summer, it will mean additional intrigue for Fort Payne’s region schedule this fall, including the battle for the team to retain the TopCat Trophy with longtime rival Scottsboro, which hired Oak Mountain’s Cris Bell in March.

“The hiring of Cris Bell has made this rivalry more interesting in my mind,” said Fort Payne head coach Chris Elmore. “Coach Bell will do a great job and Scottsboro will be ready for us when they visit Wildcat Stadium in October. It should be a very entertaining game and we hope we can play well enough to retain the Top Cat trophy once again.”

Fort Payne is scheduled to host Scottsboro on Friday, Oct. 1.

Scottsboro hired Bell after Don Jacobs decided to retire this past offseason. Coming from Class 7A’s Oak Mountain, where he spent nine seasons leading the football program, Bell will bring the old-school triple-option offense with him to Scottsboro.

Scottsboro saw success with the  system in several seasons throughout the 1990s and 2000s.

“(We will) evaluate our kids and see what they can and can’t do. (But I) always incorporate the option into what we’re doing in some shape or form. I believe in it. I think it can be successful,” Bell told The Jackson County Sentinel in March. “It’s an unselfish, complete team-oriented offense. When you get it clicking, it’s a lot of fun to run. I think the kids will do great at it. From what I have seen, I’m confident in our ability to get it implemented and run it at a high level.”

Elmore said he loves watching the triple-option style of offense because it’s similar to the system he watched his dad, Jerry Elmore, run for many years at Fort Payne High School.

“It is very difficult to defend when run correctly,” Elmore said. “Coach Bell is a master at running this offense and we will have to be very good on defense that night to slow them down.”

Elmore got to know Bell very well when he was leading the football program at Chelsea. Elmore’s Chelsea team and Bell’s Oak Mountain squad faced each other in the last two season-openers Elmore coached at Chelsea.

“Coach Bell’s teams are always some of the toughest and most fundamentally sound teams to prepare for,” Elmore said. “I expect Scottsboro to be a challenge for a lot of teams, including us, during next season and for years to come.”

Aside from Bell at Scottsboro, Fort Payne’s region opponents Oxford and Springville will also have new head coaches this fall, with Southside-Gadsden’s head coach preparing to enter his second season leading the program.

“Coach Adams will continue to build on the foundation that was laid by coach Etheredge, and I expect Oxford to be very tough once again,” Elmore said.

Springville hired Jon Clements to take over for Michael Graben, who coached the team for three seasons. Clements, a former head coach at Corner, also has experience as an offensive coordinator at both Pinson Valley and Clay-Chalkville.

In his first season at Southside, head coach Gary Nelson led the Panthers to a 7-4 record that included a first-round appearance in the 6A state playoffs. Nelson was hired in February 2020. Prior to his arrival in Gadsden, Nelson spent four seasons as head coach at 3A’s Montgomery Academy.

Aside from new coaches, Fort Payne’s region opponents will have several returning players ready to present problems. Arab quarterback Aidan Cox, who missed the majority of last season due to injury, is among those ready to return.

“His return will make them much more explosive on offense,” Elmore said of Cox.

Fort Payne is slated to travel to Guntersville on Thursday, Aug. 12 for a jamboree game.

When the AHSAA passed the rule proposal that allowed teams to play a jamboree in the fall before Week 0, Elmore said he made some calls to area teams. Fort Payne had already elected to eschew spring training for the additional time in the fall.

“We were wanting to play Albertville, but they were going to have spring training so that meant they couldn’t play a fall jamboree,” the coach said. “After a few more calls, I talked to coach (Lance) Reese at Guntersville. He was thinking about not having spring training. Once we talked a little more, coach Reese decided that he was going to do the same thing. We both agreed that a fall jamboree would be a good opportunity for both schools.

“Coach Reese always has well-prepared and physical teams. We have seen them on film in the past and I have always been impressed.  I think it will be a great chance for both teams to improve as they tune up for their season opener on August 20.”

Fort Payne will host Athens in the regular-season opener Friday, Aug. 20 after Athens was forced to forfeit last season’s scheduled meeting due to COVID concerns.

The AHSAA passed a rules proposal that required all teams who forfeited a road game last year to play that game on the road in 2021.

“Obviously, that was a rule that we were excited to see passed,” Elmore said. “Coach (Cody) Gross at Athens also thought it was a good rule change and he was easy to work with as we rescheduled the location of the game from Athens to Fort Payne.”

Fort Payne will take its bye week during the week of Sept. 17 following the Springville contest.

Elmore said he always likes having the open week near the middle of the schedule. This year, the bye comes after the Wildcats’ fourth regular-season game.

“It will give us a chance to hit the reset button, work on some weaknesses, heal some injuries and get ready for our final six regular-season games,” he said.

The Wildcats are set to begin summer workouts June 7. They will also have three summer competitions.

Fort Payne will host summer skills camps for incoming fifth- and sixth-graders on Monday and Thursday nights this summer. Contact Fort Payne Parks and Recreation at 256-844-6571 for more information.

“We encourage any young man in those grades interested in learning more about football to sign up and attend,” Elmore said.

Jason Bowen, sports editor of The Jackson County Sentinel, contributed to this report.