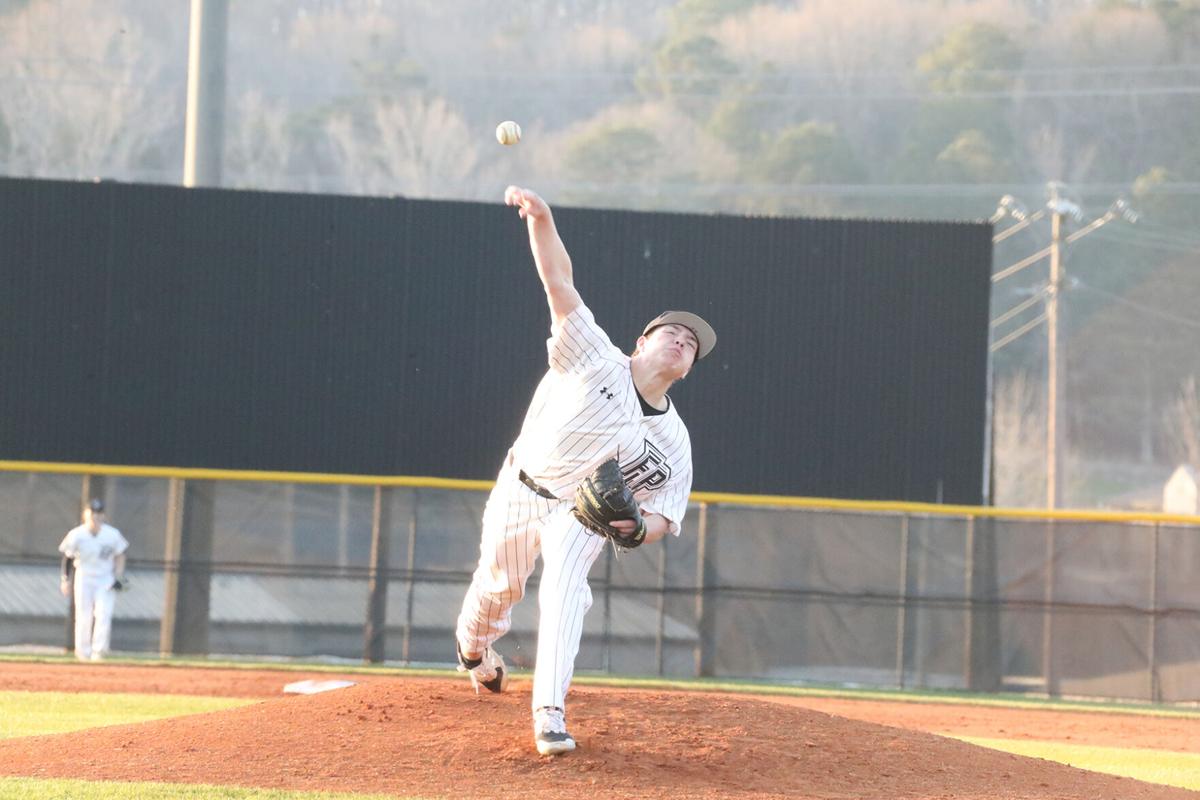 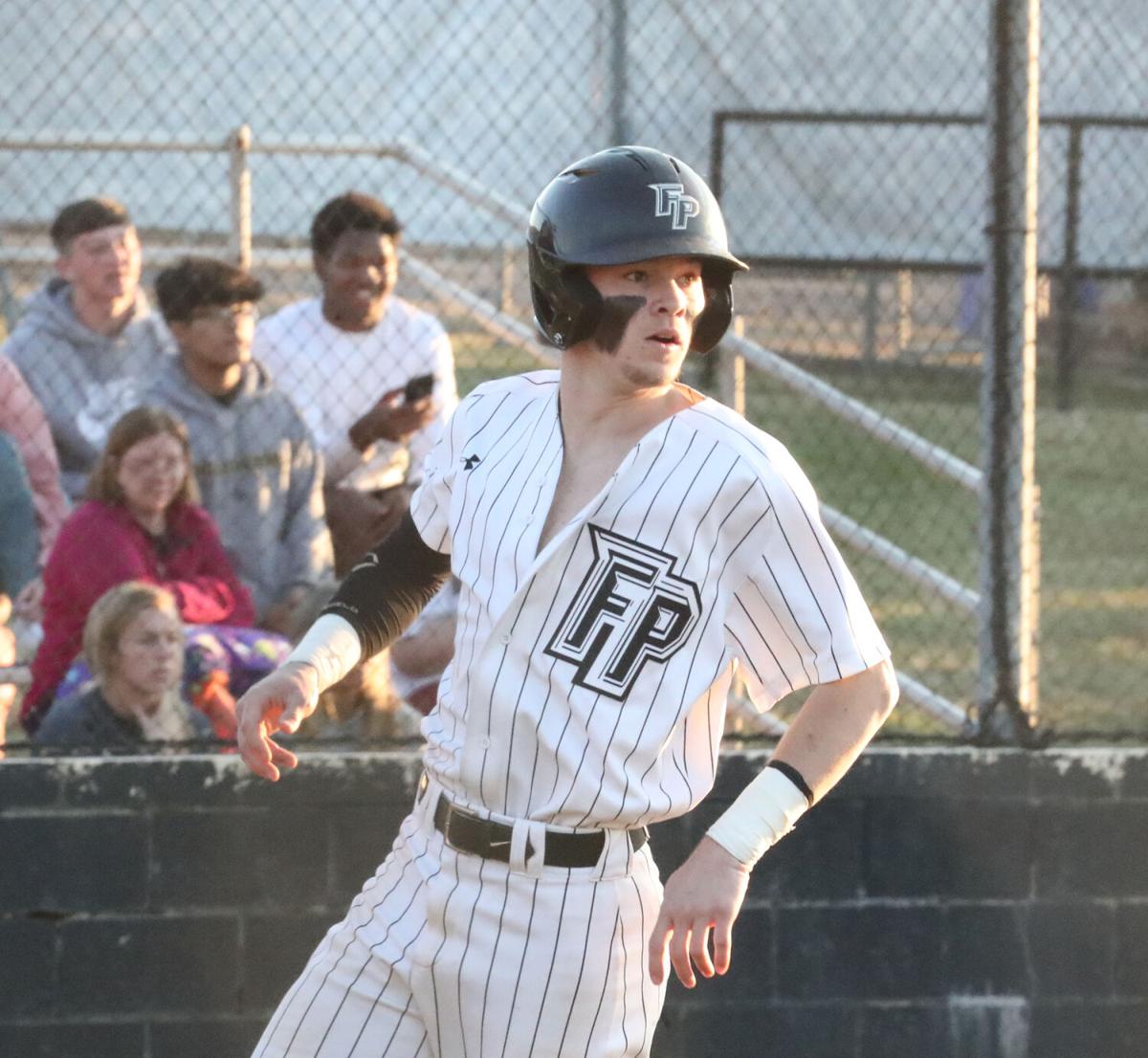 Fort Payne's J.D. Blalock watches a play develop in the outfield as he scores a run during a game at Fort Payne High School earlier this season.

Fort Payne's J.D. Blalock watches a play develop in the outfield as he scores a run during a game at Fort Payne High School earlier this season.

FORT PAYNE — With spring break in the mix, baseball teams from in and around DeKalb County will migrate to Fort Payne High School this week for the annual Wildcat Classic.

The two-day event begins Thursday and features varsity and junior varsity contests. From DeKalb, Ider, Plainview and Collinsville are scheduled to participate in this year’s event. Pleasant Valley and Sand Rock are also slated to play games.

“This is a great week just to be able to relax and play baseball without worrying about the day-to-day routine of being in school,” Fort Payne coach Eric Varnadore told The Times-Journal. “We played on Saturday, March 27, and the guys had Sunday through Tuesday evening off. It’s not the typical spring break that the majority of high school students have, but these guys understand that when you play baseball, you don’t have the same spring break as everyone else.

“This is the heart of the season, and I can’t think of anything better to be doing this time of year than being able to play.”

Varnadore said this year’s field of competition is smaller than it has been in previous years due to school systems being on different spring break schedules, along with the Classic coinciding with the Albertville Invitational.

“We are honored to compete with great programs locally,” Ider coach Casey Gaddis said. “Coach (Varnadore) and Fort Payne have phenomenal facilities and we are excited to play on a nice field and against great competition.

“The biggest thing for my guys to take away is to have confidence against good teams as we close out area play the week after spring break. Our program has worked hard in the offseason to build a brand that our players and community can take pride in and playing in this Classic is a step in that direction.”

At Fort Payne High School on Friday, Fort Payne plays Sand Rock at 9 a.m. before Sand Rock challenges Collinsville at 11:30 a.m. Fort Payne returns to the field against Plainview at 2 p.m. for the final varsity contest.

A junior varsity doubleheader between Fort Payne and Plainview is scheduled to close out the event. Game 1 is slated for a 4 p.m. first pitch with Game 2 following at 6 p.m.

In an assessment of his team to this point, Varnadore said he’s witnessed Fort Payne’s pitchers to be among the most consistent players.

“There have been games that we have struggled on the mound, and that’s going to happen over the course a season, but overall our guys have done a good job of competing from 60 feet, 6 inches and giving us a chance to win ball games,” Varnadore said. “Going into the season we had 11 guys that were going to be able to throw on the varsity level. We are currently dealing with several injuries, and a couple of guys that found other things to do, so that number has dropped well below what we thought we were going to have. We have had to count on guys that have never pitched at the high school level to really step up and contribute this year, and they are doing just that. I’ve been proud of those guys and the work that coach (Cody) Willingham has done with them.

“It is true at all levels, and especially at the high school level, but having a guy you can put on the mound and compete and throw strikes goes a long way in helping your chances of being successful that day.”

The Wildcats begin area competition next week. Varnadore said he's hopeful that his players will use this week to keep progressing toward becoming a more complete team.

Varnadore said he’d like to see the Wildcats become better at finishing games and cleaning up small mistakes that prove costly.

“We will come out one day and be solid all across the board and the next day be a completely different team,” the coach said. “We are learning the hard way that all aspects of the game are so important, and no matter how insignificant it may seem at the time when we fail to bunt a runner over, or miss a sign, or make a baserunning mistake, that those small mishaps throughout the game usually end up costing you in the end.

“We have played some quality teams where we have failed to capitalize on key moments in the game that would have allowed us to take a lead or extend the lead later in games. ‘Finish’ is one of the five core values of our program, and we have not done a very good job at doing that so far this season.”

As Ider prepares for its appearances in the Wildcat Classic after notching the No. 9 spot in last week’s Class 2A Alabama Sports Writers Association state high school baseball rankings, Gaddis said his team is continuing to focus on fundamentals.

“We want to be a small ball team,” he said. “As the season progresses, we have gained confidence at the plate. We want to be good bunters, move our teammates over, put the ball in play with two strikes and be aggressive on the base path. We have worked at this approach for the last couple years.”

Gaddis noted how competitive pitchers Peyton Hood and Keegan Whitaker  have been on the mound this season, as well as how complementary Cody Tinker, Branson Durham, Matthew Norman, Andrew Blevins and Hayden Jackson have been in closing out games in relief.

“Defensively, we have been making a lot of routine plays and a few 50/50 balls most days,” Gaddis said. “We still have some things to polish up but seem to be getting closer to that every day.”