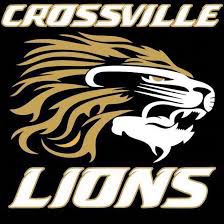 Dalton Hughes tossed eight strikeouts and allowed no hits or runs in 3 1/3 innings of the Collinsville baseball team’s 11-1 win against Crossville last Friday.

Jones surrendered three hits for one run with a strikeout and four walks in 2 2/3 innings in relief for Collinsville.

The Panthers plated three runs in the first inning. Jones and Hughes scored on an Orr single and Orr scored on a fielder’s choice with two outs in play. They extended the advantage to 5-0 in the second inning, behind a ground out and a single.

Jones doubled to left field in the bottom of the third to score a run, before Hughes added a double to center field to score another runner and push the lead to 8-0.

Harley Hicks led the Lions at the plate with two hits.

Cloudy with rain developing after midnight. Low 49F. Winds SE at 5 to 10 mph. Chance of rain 90%. Rainfall near a quarter of an inch.

Showers with a possible thunderstorm in the evening, then variable clouds overnight with still a chance of showers. Potential for heavy rainfall. Low around 55F. Winds SW at 10 to 20 mph. Chance of rain 90%.