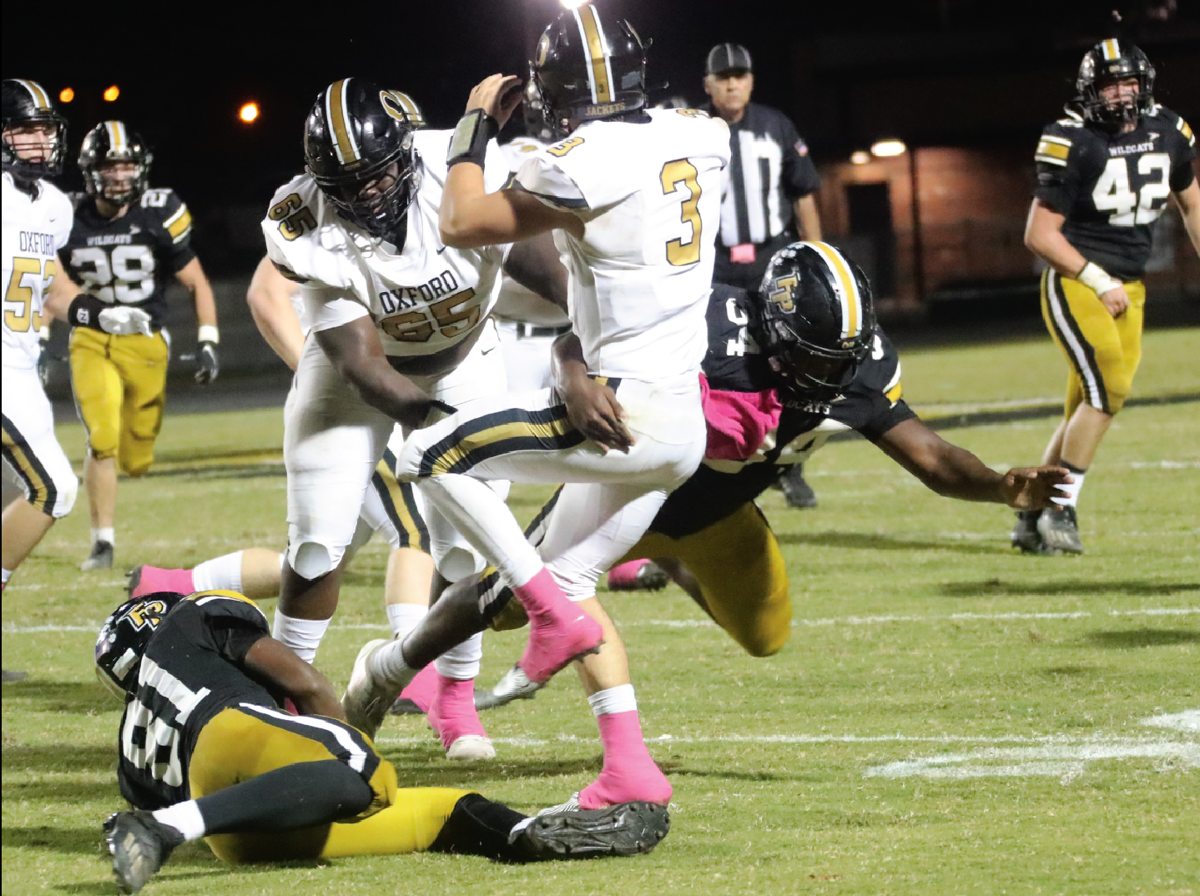 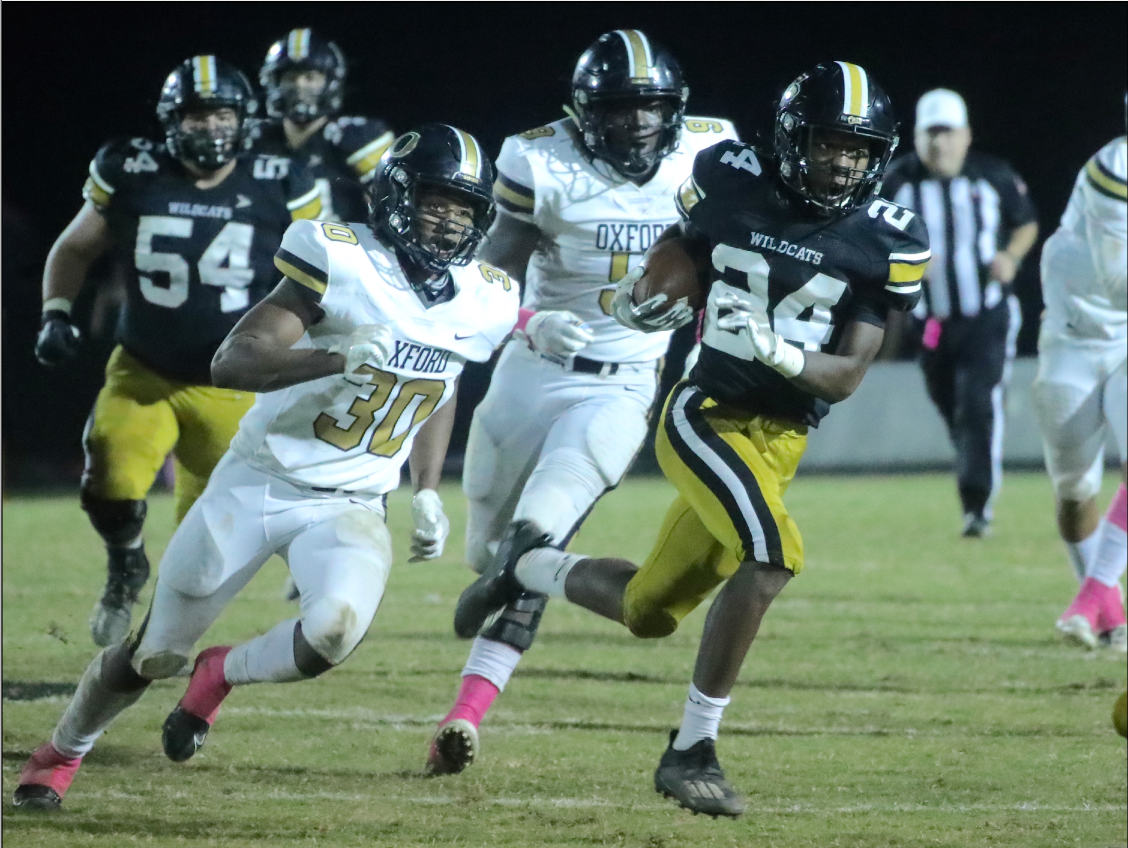 Fort Payne running back Kaden Dubose (24) carries the ball in space as Oxford linebacker Shay’nadd Whitfield (3) pursues during the first half at Wildcat Stadium on Friday night.

Fort Payne running back Kaden Dubose (24) carries the ball in space as Oxford linebacker Shay’nadd Whitfield (3) pursues during the first half at Wildcat Stadium on Friday night.

FORT PAYNE — The Fort Payne Wildcats kept it close with the defending Class 6A state champs for a half, but Oxford’s explosive offense ignited in the second half.

Darrell Prater and J.D. Blalock each ran for a touchdown in Fort Payne’s 49-14 loss to the Yellow Jackets in the Class 6A, Region 7 championship game at Wildcat Stadium on Friday night.

The Wildcats (7-2, 5-1) finished as region runners-up and a No. 2 seed in the postseason. They will host a first-round state playoff game.

Oxford claimed the region championship and the No. 1 seed from Region 7, as quarterback Trey Higgins ran for three touchdowns and passed for two more.

Higgins threw a touchdown pass and ran for another to help the Yellow Jackets take a 14-7 halftime lead.

Prater punched in a 1-yard scoring run on fourth-and-goal to give the Wildcats the game’s first points with 4 minutes remaining in the opening quarter.

Higgins scrambled out of the pocket and sped along the right side for a 37-yard touchdown.

Both teams had trouble maintaining possession across a 2-minute stretch of the second quarter.

The Yellow Jackets recovered a Fort Payne fumble at Oxford’s 36-yard line, before a pass bounced off an intended receiver and into the hands of Fort Payne’s Jayden Dubose.

The bizarre sequence continued when a Fort Payne pass was batted into the air and intercepted at the 8:24 mark.

Oxford turned the pick into points when Higgins tossed a 7-yard touchdown pass for the go-ahead score with 4:41 left in the half.

Roc Taylor raced 35 yards to extend the Yellow Jackets’ advantage to 21-7 early in the third, before Fort Payne answered with a 1-yard scoring dive by Blalock on fourth-and-1 with 5:32 to play in the quarter.

Higgins capped Oxford’s ensuing drive with a 3-yard touchdown run to push the lead to 28-14 with 2:25 left in the third.

The Yellow Jackets added three more scores in the fourth, including one from a blocked field goal attempt returned for a touchdown.

The Wildcats visit North Jackson for their regular-season finale Friday.

Overcast with rain showers at times. Much cooler. Temps nearly steady in the mid 30s. Winds WNW at 10 to 15 mph. Chance of rain 50%.

Chance of a shower or two during the evening, followed by partly cloudy skies late. Low 32F. Winds NW at 5 to 10 mph. Chance of rain 30%.