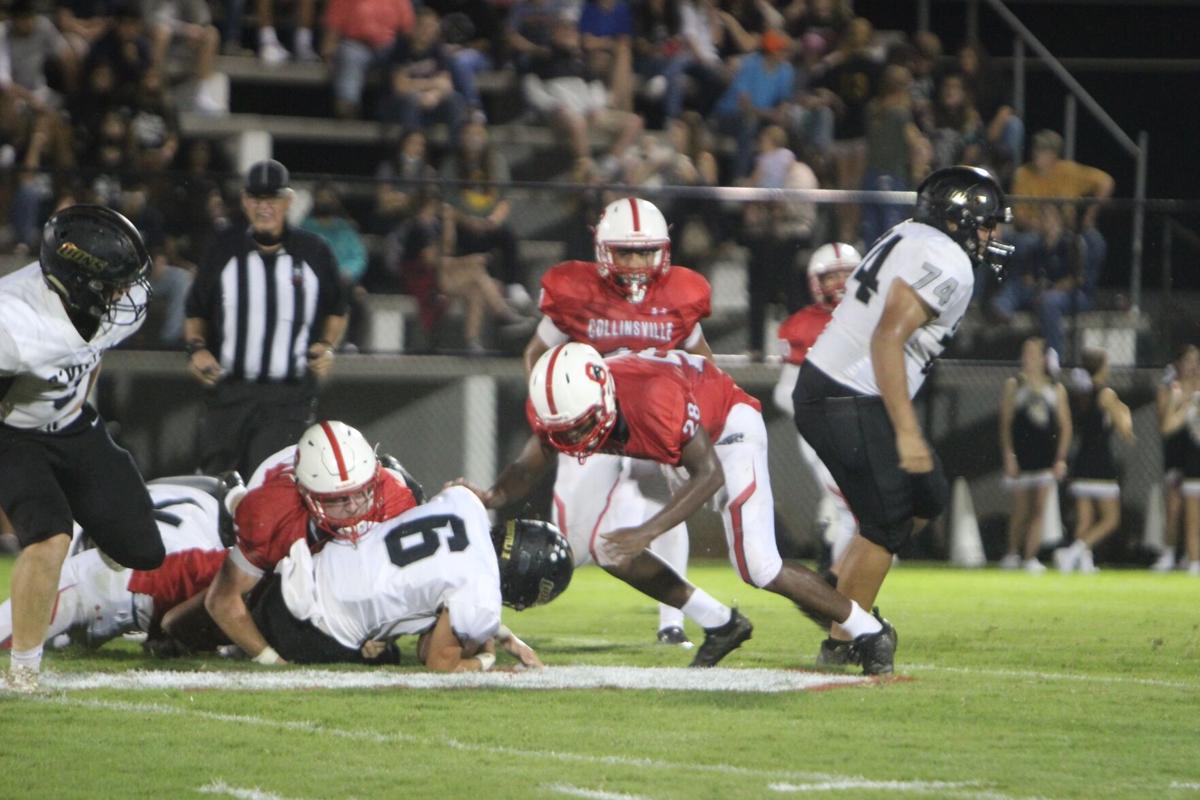 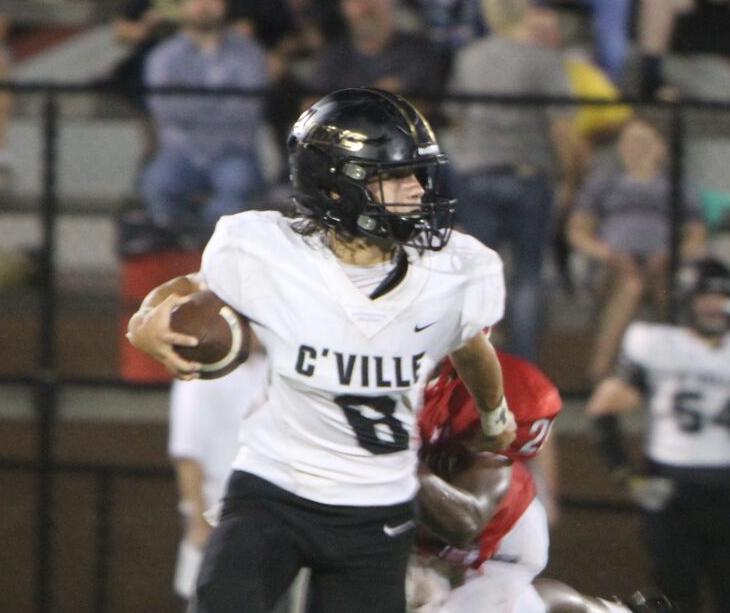 COLLINSVILLE — First-year Collinsville head coach Daniel Garrett preached two things to his team leading up to the Panthers’ matchup with Crossville — “Do your job and respond to adversity.”

Collinsville did both of those on Thursday night as the Panthers capitalized on five first-half turnovers to jump out to an early lead and then put the Lions away in the second half for a 24-6 victory.

“Those early turnovers were huge,” Garrett said. “We preach to our players, ‘do your job.’ If you do your job then eventually you are going to be able to capitalize. We had our opportunities tonight and the scoreboard says the rest.”

Collinsville’s first touchdown of the night came on a 29-yard run by quarterback Keaton DeBoard with 2:56 left in the first quarter. The extra point failed and the Panthers’ had a 6-0 lead. The score was set up by a Carmen Barkley fumble recovery at the Crossville 28-yard line.

The Panthers capitalized on more turnovers in the second quarter.

DeBoard scored his second touchdown of the night on a 4-yard run with 9:38 remaining in the first half. The score was set up after Collinsville’s Elijah Mitchem recovered a Crossville fumble at the Lions’ 19-yard line with 32.8 seconds left in the first quarter.

Crossville got a turnover of its own when Landon Cox intercepted a pass in the end zone with 57.6 seconds remaining in the first half. But the excitement was short-lived as Collinsville’s Jacob Jones intercepted a Crossville pass and returned it for a touchdown. The extra point failed and Collinsville took an 18-0 lead into halftime.

Both teams turned the ball over six times in the first half with Crossville being responsible for five of those.

In the second half, Crossville did its best to try and overcome those first-half turnovers. The Lions opened the third quarter with a 13-play drive that took them inside the Collinsville 10-yard line, but after a holding penalty the Lions turned the ball over on downs with 5:06 remaining in the third quarter.

Crossville again had another long drive and this time it resulted with a 4-yard touchdown run from Hunter Haston on the first play of the fourth quarter. The extra-point attempt failed and Collinsville held onto a 18-6 lead.

Orr responded after his fumble with physical runs on the following drive and resulted in a 13-yard touchdown from the Panthers’ running back. That score sealed the win for Collinsville.

“We preached all week about how to respond to adversity,” Garrett said. “I think we did that tonight. We had some things happen tonight — some were our fault and some were not. I feel like we handled all of it well and responded each time. That’s what we’ve been working on and I’m happy that it paid off tonight.”

DeBoard finished the game with eight carries for 52 yards and two touchdowns and Orr had nine carries for 37 yards with a touchdown.

Haston finished the game with 12 carries for 31 yards with a touchdown for Crossville while also going 3-for-7 passing for 36 yards. Colton Adkins added 10 carries for 62 yards for the Lions and Trace Allen had two catches for 28 yards.

The win gives Collinsville a 2-0 record to start the season.

“I’m very happy to get off to a good start,” Garrett said. “I feel like we have done a lot of good things but we have made some mistakes as well. But it’s always good to be 2-0 and I am proud of the hard work these young men have put in. You don’t get to be 2-0 by accident. We have played two very physical football teams this year and I am proud of where we are.”

Collinsville will open Class 3A, Region 7 play next week when the Panthers host the Fyffe Red Devils, which won the 2019 Class 2A state championship. Crossville (0-2) will also open up Class 5A, Region 7 play against Boaz.

Garrett said his team knows it will have a challenge next week, but his team is excited about the challenge.

“It’s a big game, but every game is important because it’s the next one,” he said. “We will be very excited to get into it and get back to work. We’ll enjoy this one tonight and then get back to work.”