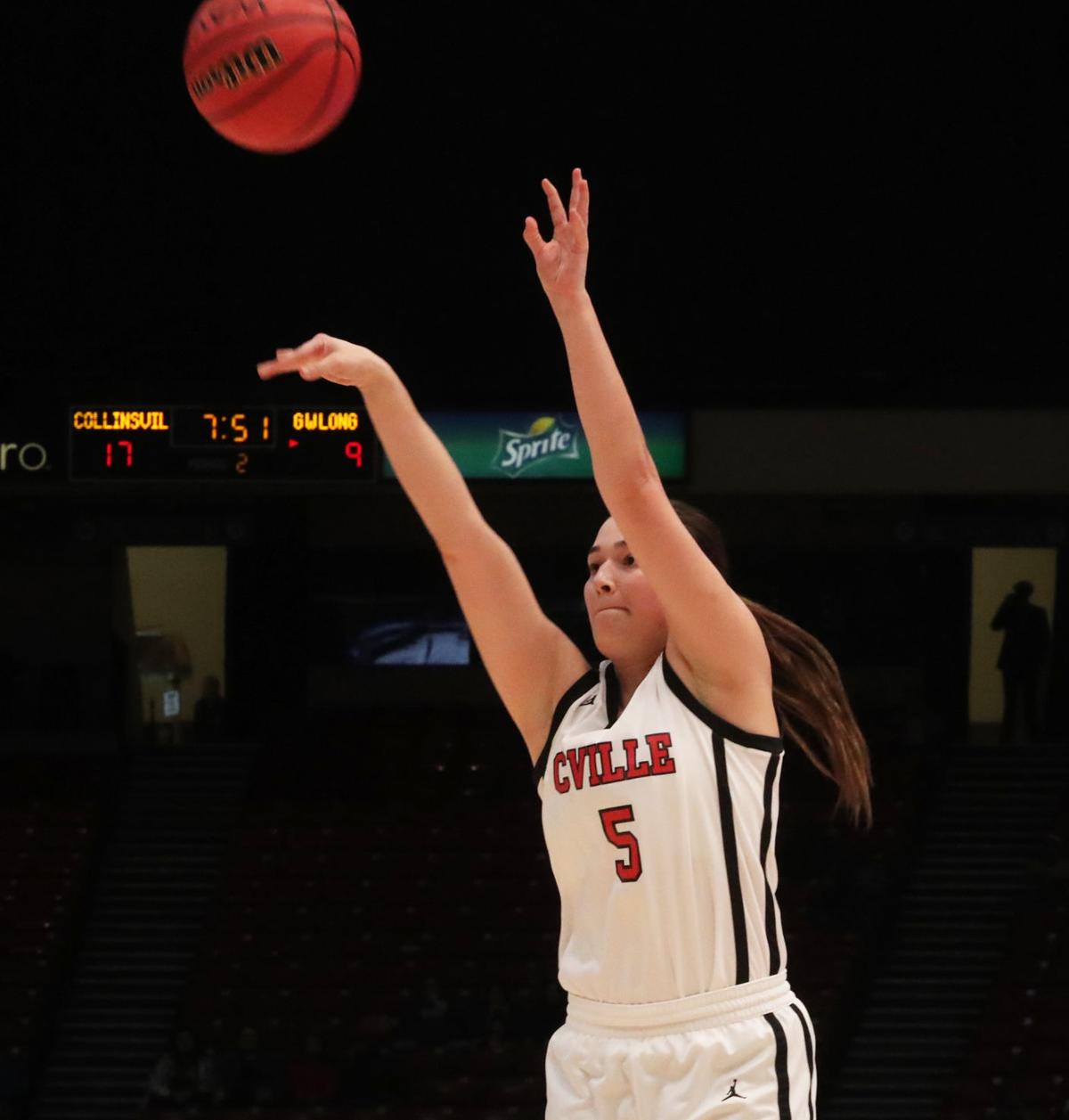 Collinsville's Hadley Hamilton attempts a 3-point shot during a game this season. She was selected to the North Girls roster for the North-South All-Star Game this summer. 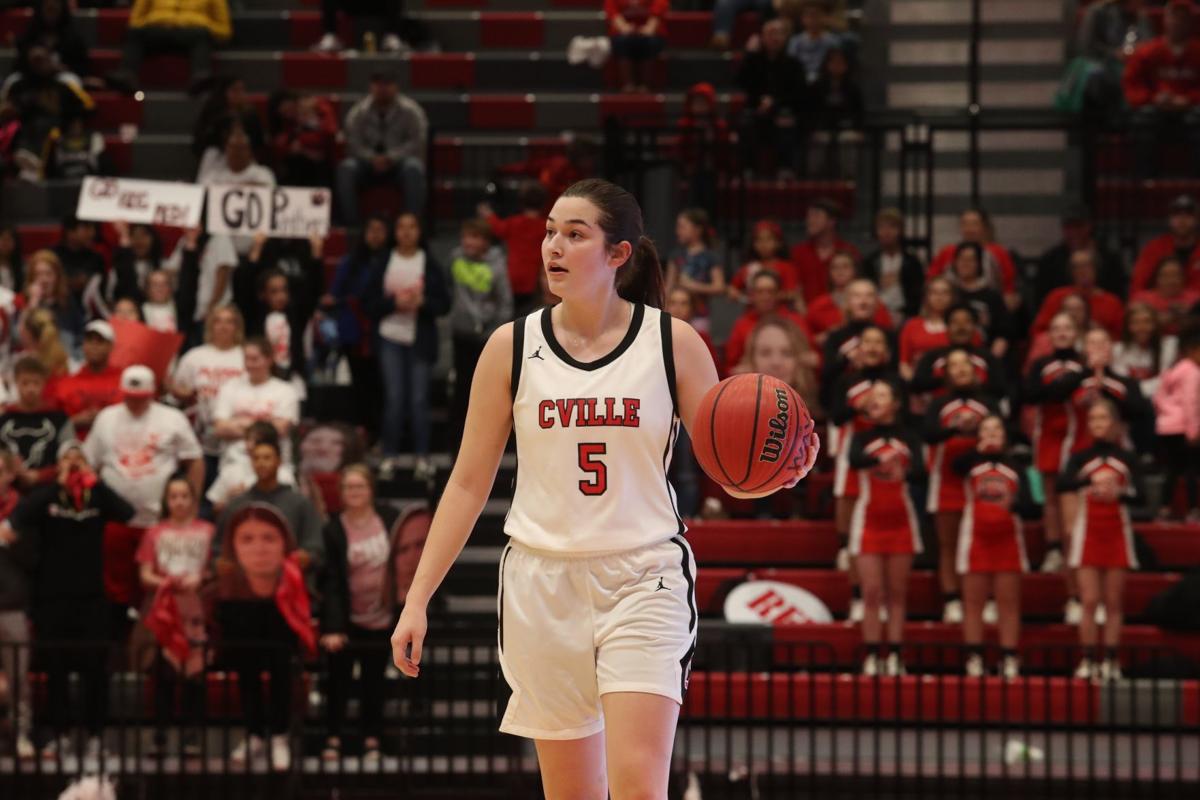 Collinsville's Hadley Hamilton looks toward the bench as she brings the ball up the court during the AHSAA Class 2A Northeast Regional championship against Sand Rock at Pete Mathews Coliseum in Jacksonville on Feb. 18.

Collinsville's Hadley Hamilton attempts a 3-point shot during a game this season. She was selected to the North Girls roster for the North-South All-Star Game this summer.

Collinsville's Hadley Hamilton looks toward the bench as she brings the ball up the court during the AHSAA Class 2A Northeast Regional championship against Sand Rock at Pete Mathews Coliseum in Jacksonville on Feb. 18.

FORT PAYNE — Hadley Hamilton answered a phone call from her dad and he asked an ambiguous question: “Has anyone told you yet?”

“Told me what?” Hamilton asked.

After helping the Collinsville girls basketball team to the first state championship in program history, Hamilton had been selected to compete with other basketball all-stars from around Alabama in the annual girls North-South All-Star Game.

Her dad was the first person to deliver the news.

“I was so excited,” Hamilton told The Times-Journal last week. “Any chance I get to play basketball is a blessing, but being able to play with and against some of the best players in the state is an incredible opportunity.”

The all-star event is comprised of two 15-member teams, all of whom are 2021 rising seniors. The North-South All-Star Games will be Tuesday, July 14 in Montgomery. The site has not yet been determined. Both girls and boys contests will be live-streamed by the NFHS Network.

“Just being able to be a part of this roster is an indescribable feeling,” Hamilton said. “This opportunity means the world to me.”

Craig Thomas of Phil Campbell, Walter Hicks of Pleasant Grove and Brant Llewellyn of Lauderdale County will serve as coaches for the North Girls.

Hamilton’s Collinsville team finished 29-3 and knocked off defending 2A state champion Cold Springs 58-45 in the 2A title game at Legacy Arena in Birmingham on Feb. 28.

Hamilton played point guard, bringing the Panthers stability as a player who could handle the ball well against defensive pressure and set the half-court offense in motion. She also provided another 3-point shooting threat to a team brimming with high-percentage shooters.

“Running point guard and playing at Collinsville has evolved my game tremendously,” Hamilton said. “I always know that my teammates have my back no matter what, they always encourage me, and without them I wouldn’t be the player I am today.”

When Hamilton wasn’t floating around the perimeter, she was giving opponents trouble guarding her size when she’d drive to the basket, often being the recipient of back-door passes for layups.

As a defender, Hamilton was often tasked with defensive trapping. She and other teammates harassed opponents with double- and triple-teams that forced ball-handlers to pick up their dribble and commit turnovers, leading to Collinsville fast-break chances.

Hamilton said the trust she felt from coach Jon Tidmore was crucial to her success, as well.

“Coach Tidmore always does an excellent job at keeping me confident in my game and always encourages me, no matter how bad of a night I might be having,” she said.

Following the Panthers’ state championship win, Hamilton said the ride back from Birmingham was “definitely the most fun bus ride of the year.”

“The most memorable part was when we got back in town and the whole community was on the sidewalks and at the gym waiting on us,” Hamilton said. “The town of Collinsville and the love they have for each other is like no other. They have accepted me and showed me that love since the day I moved there and that has meant the world to me.

“I’m so thankful that we were able to bring the blue map to Collinsville this year, not just for (our team), but for the whole community.”

Cloudy with rain developing after midnight. Low 49F. Winds SE at 5 to 10 mph. Chance of rain 90%. Rainfall near a quarter of an inch.

Showers with a possible thunderstorm in the evening, then variable clouds overnight with still a chance of showers. Potential for heavy rainfall. Low around 55F. Winds SW at 10 to 20 mph. Chance of rain 90%.