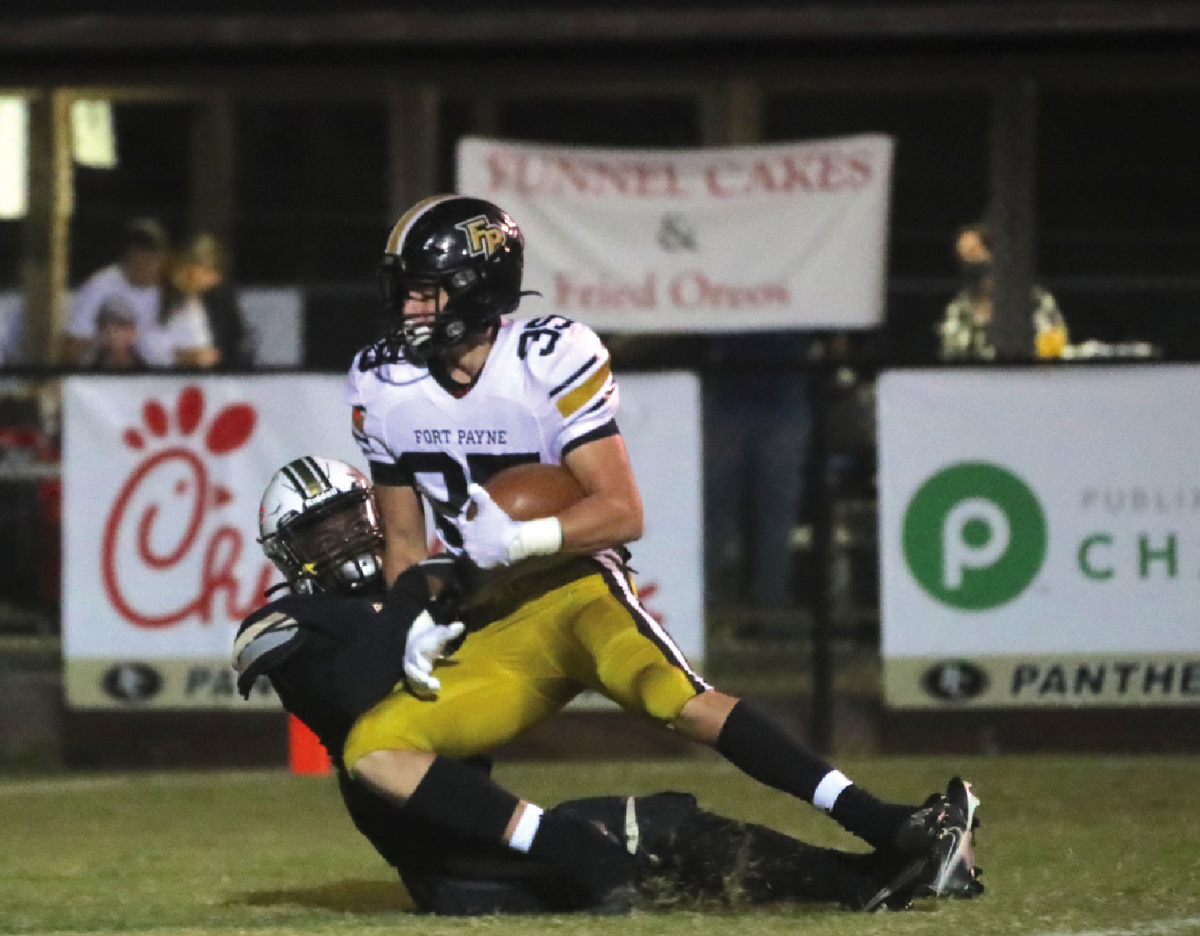 Fort Payne wide receiver Marcus Ledford (35) is dragged down by a Pell City defender as he crosses the goal line for a touchdown reception at Pete Rich Stadium in Pell City on Friday night. For the game story, see Page C2. 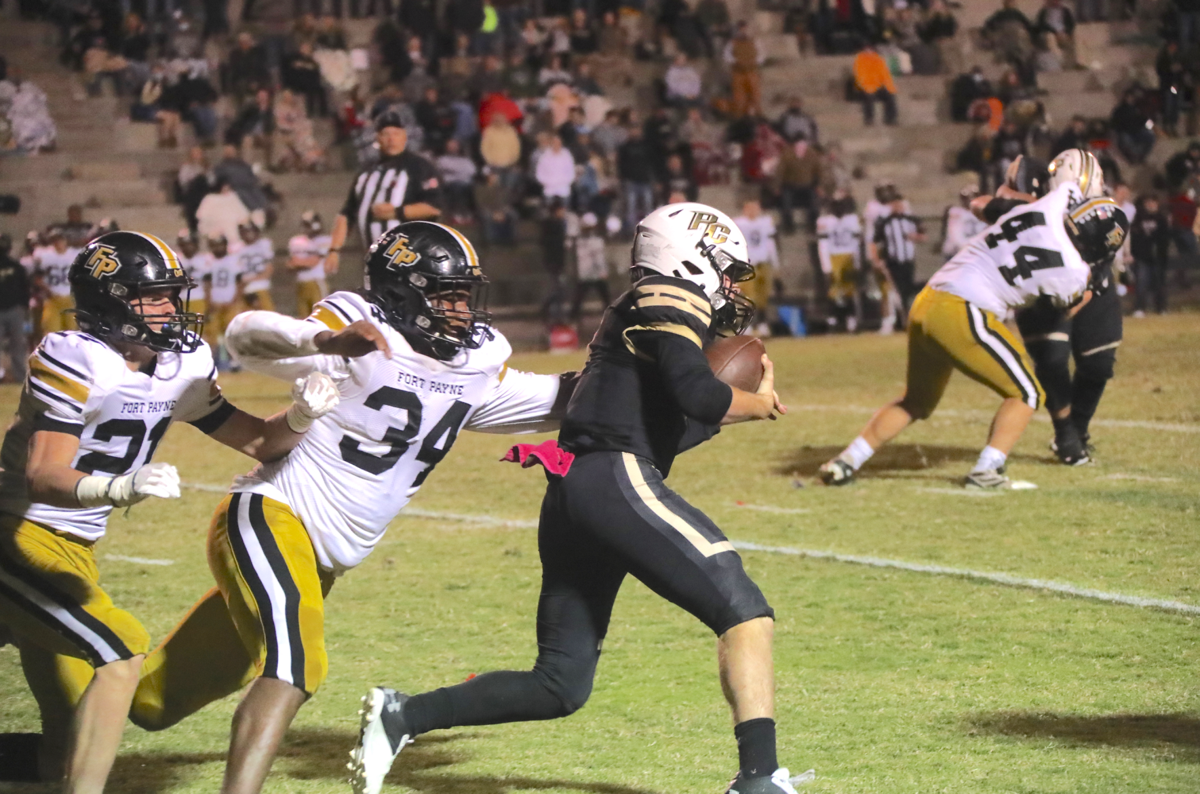 Fort Payne wide receiver Marcus Ledford (35) is dragged down by a Pell City defender as he crosses the goal line for a touchdown reception at Pete Rich Stadium in Pell City on Friday night. For the game story, see Page C2.

Love scored both of his touchdown runs in the first half and Blalock tossed a touchdown pass to Marcus Ledford to put the Wildcats in control with a 24-7 lead at intermission.

Pell City failed to convert a fourth-down play inside its own red zone on its opening drive but held the Wildcats to an Alex McPherson field goal and a 3-0 lead with 9:28 left in the first quarter.

Love capped the Wildcats’ next possession with a 4-yard scoring run on a fourth-and-2 play, extending the advantage to 10-0 with 11 minutes remaining in the half.

A pass interference call against Fort Payne led to the Panthers’ first score.

Pell City’s David Keith took a handoff to the right side and scored from 13 yards out midway through the period.

Love kept Fort Payne’s drive alive with a fourth-down run of 4 yards, leading to a 27-yard scoring connection between Blalock and Ledford to make it 17-7 with 2:53 left in the half.

Blalock found Ledford streaking across the middle and hit him in stride for a score, as Ledford’s defender drug him to the ground after crossing the goal line.

Fort Payne’s Jayden Dubose intercepted a batted pass with 1:07 remaining until halftime, leading to another touchdown.

“That sequence where Dubose gets the interception and we score to make it 24-7 was a big part of the game, I thought,” Elmore said. “It extended the lead and put (the Panthers) in a situation where they had to pretty much throw it the whole second half.”

Dubose pulled down the pass on Pell City’s 34-yard line and Love punched in his second touchdown run of the night with a rush straight up the gut of Pell City’s defense with 16 seconds left.

McPherson blasted a 40-yard field goal through the uprights at the 7:25 mark in the third quarter to push the Wildcats into a 27-7 lead, before Pell City’s second score.

Pell City’s Baylor Smith hit Kentrell Borden for a long gain along the right sideline and reached the end zone with a scoring pass two plays later. The ensuing 2-point conversion throw failed and left the score at 27-13 with 2:23 left in the third.

“We said it all week, ‘We need to be able to get to that quarterback and keep him from throwing it to those receivers,’” Elmore said. “If we couldn’t get to him and they got the ball, they were going to be tough to tackle.

“I thought the defensive line and linebackers did a good job on getting some pressure and forcing him into some bad throws or throwing the ball before he was ready. I think that was a key part of the game.”

Blalock found Cam Thomas for a 45-yard touchdown with 53 seconds to play in the third to extend Fort Payne’s lead to 34-13.

A Pell City special teams miscue on a snap led to the Wildcats setting up from 5 yards out and scoring on a Darwin Camp 1-yard run at the 9:28 mark in the fourth.

The Wildcats gained a win by forfeit to begin the season after Athens was forced to cancel due to COVID-19 concerns. They lost to Briarwood Christian in a replacement game of no record before taking their first recorded loss at Gadsden City. Fort Payne has remained unbeaten since Sept. 4.