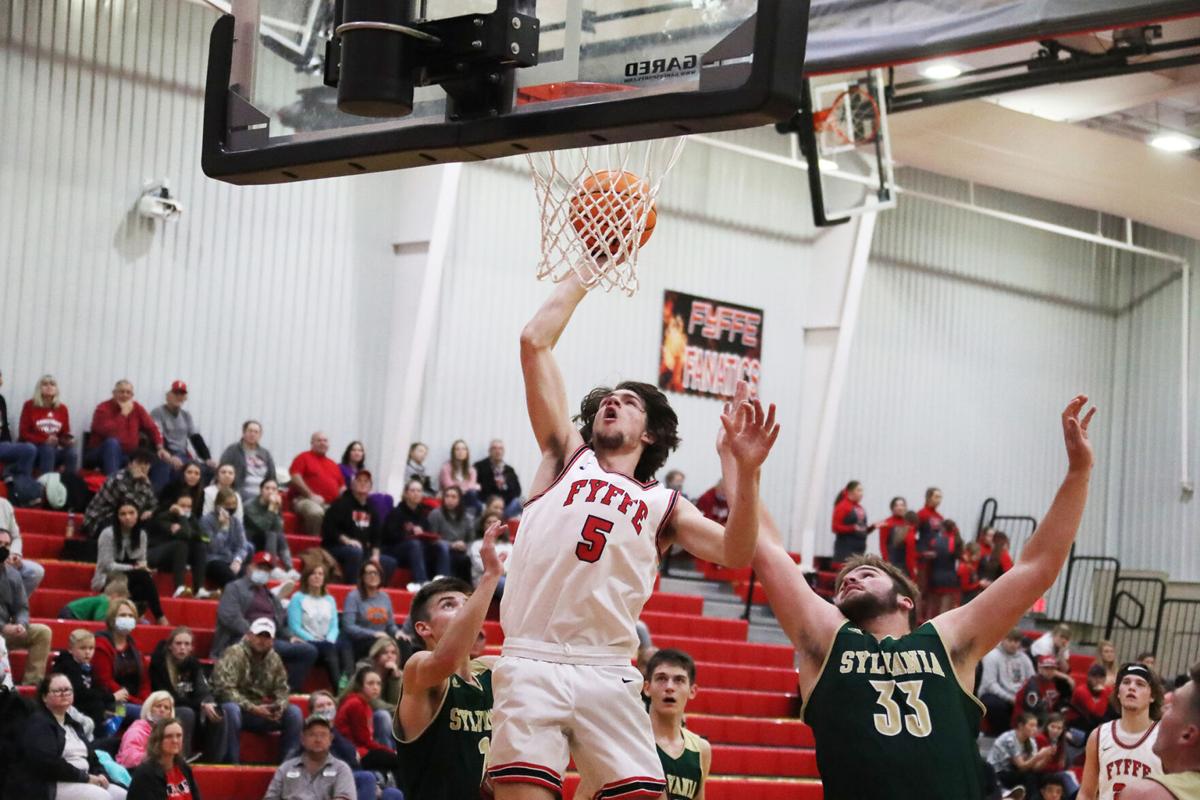 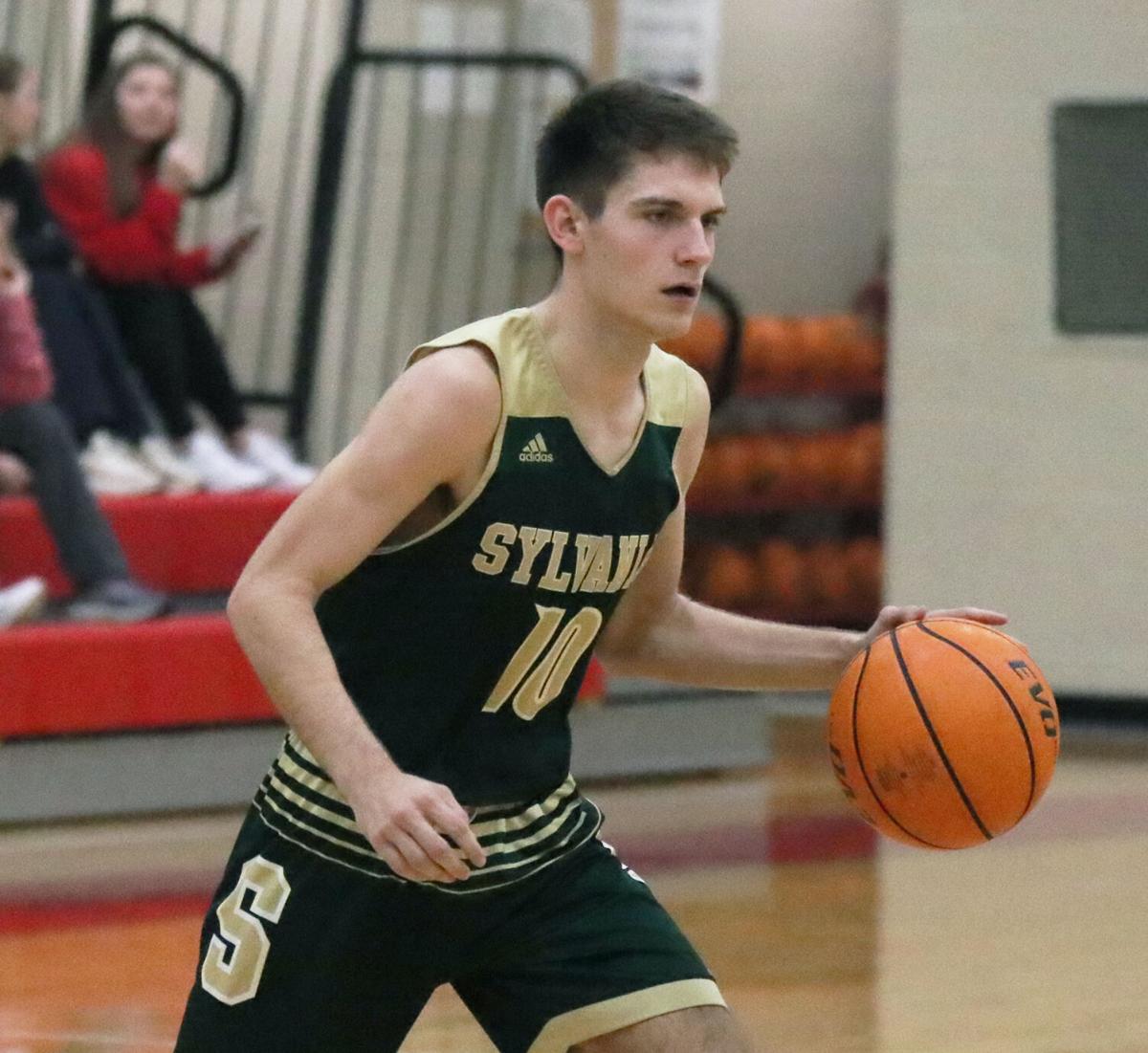 Sylvania guard Logan McCullough dribbles the ball around the perimeter against Fyffe at Mike Cochran Gymnasium in Fyffe on Tuesday night.

Sylvania guard Logan McCullough dribbles the ball around the perimeter against Fyffe at Mike Cochran Gymnasium in Fyffe on Tuesday night.

Micah Johnson scored 17 points with six rebounds, Xavier Works had 17 points and Tate Goolesby had 14 points and nine rebounds as the Red Devils rolled to a 63-32 win against the Sylvania Rams in their Class 3A, Area 14 debut at Mike Cochran Gymnasium on Tuesday night.

“We just played with a lot of effort,” Fyffe coach Neal Thrash said. “We have a really good senior group and they make sure we’re focused on doing simple things.”

Parker Godwin finished with six points and eight rebounds in the starting rotation for the Red Devils (5-1, 1-0 3A, Area 14), who contained Sylvania (2-5, 0-2) to just two points — a Logan McCullough jump shot — in the first quarter and 20 points in the half while taking a commanding 37-18 lead at intermission.

“They just out-hustled us. They played aggressively toward the basket and on the boards,” Sylvania coach Tyler Brooks said.

McCullough drew a foul as he made a shot from under the basket and completed the 3-point play at the 6:32 mark in the second period, as Fyffe led 20-5. McCullough scored all of his team-high 13 points in the first half.

“We had to turn up our defense a little bit in the second half; that’s going to be really important down the road,” Thrash said.

Goolesby drilled a pull-up 3-pointer, Works added another 3 and Godwin inbounded to Tyler Stephens for another 3-pointer during the second-quarter stretch to put the Red Devils ahead 33-11 with 2:30 left in the half.

The Red Devils restricted Sylvania to eight points in the third, while pouring in 18 points of their own.

“We needed to be more active on defense, more lively on defense,” Brooks said.

With only three players on the roster who have played together before this season, Brooks said facing teams of Fyffe’s caliber will provide his young team with learning and building opportunities this season.

“Fyffe is experienced and physical. ...The season will hopefully give us time to jell,” he said.