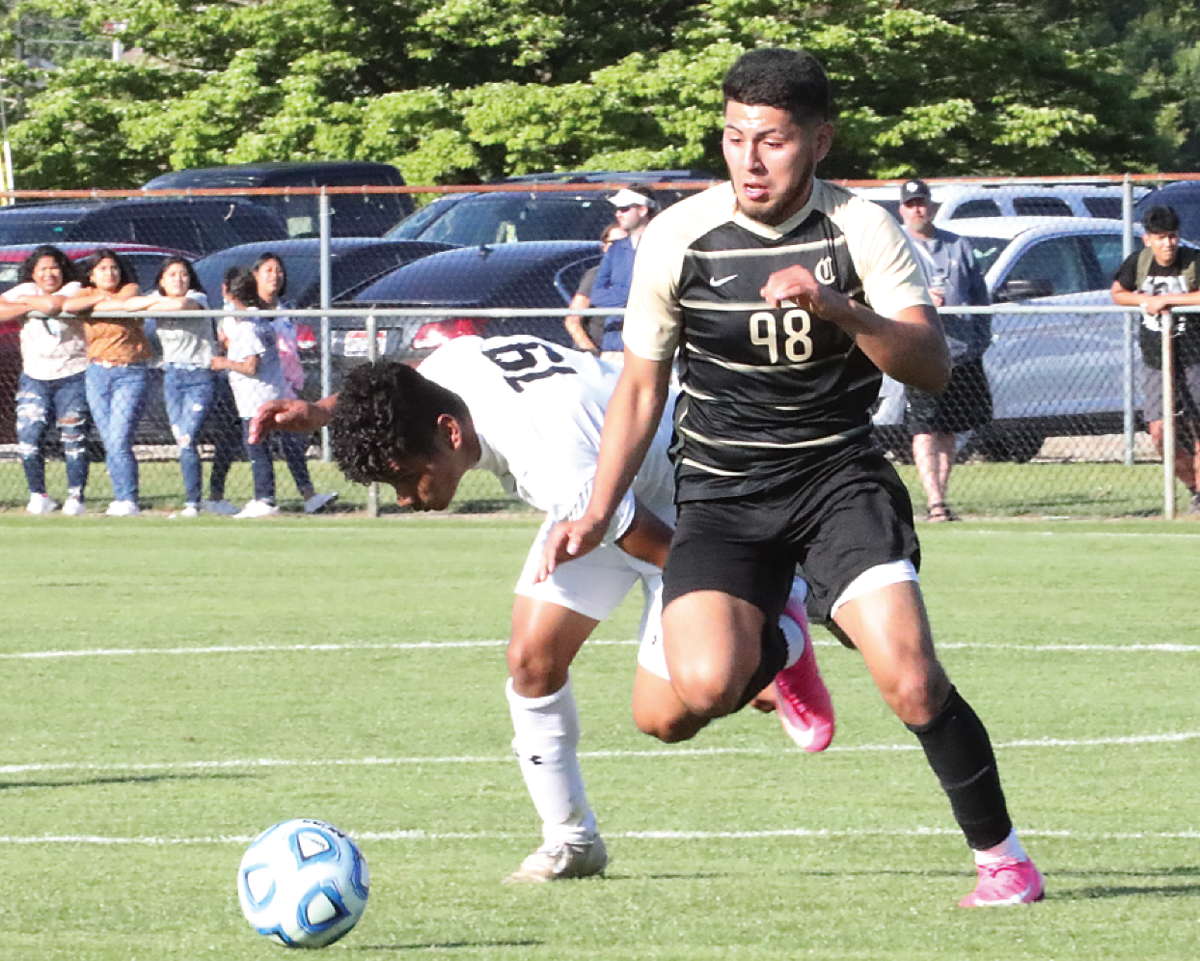 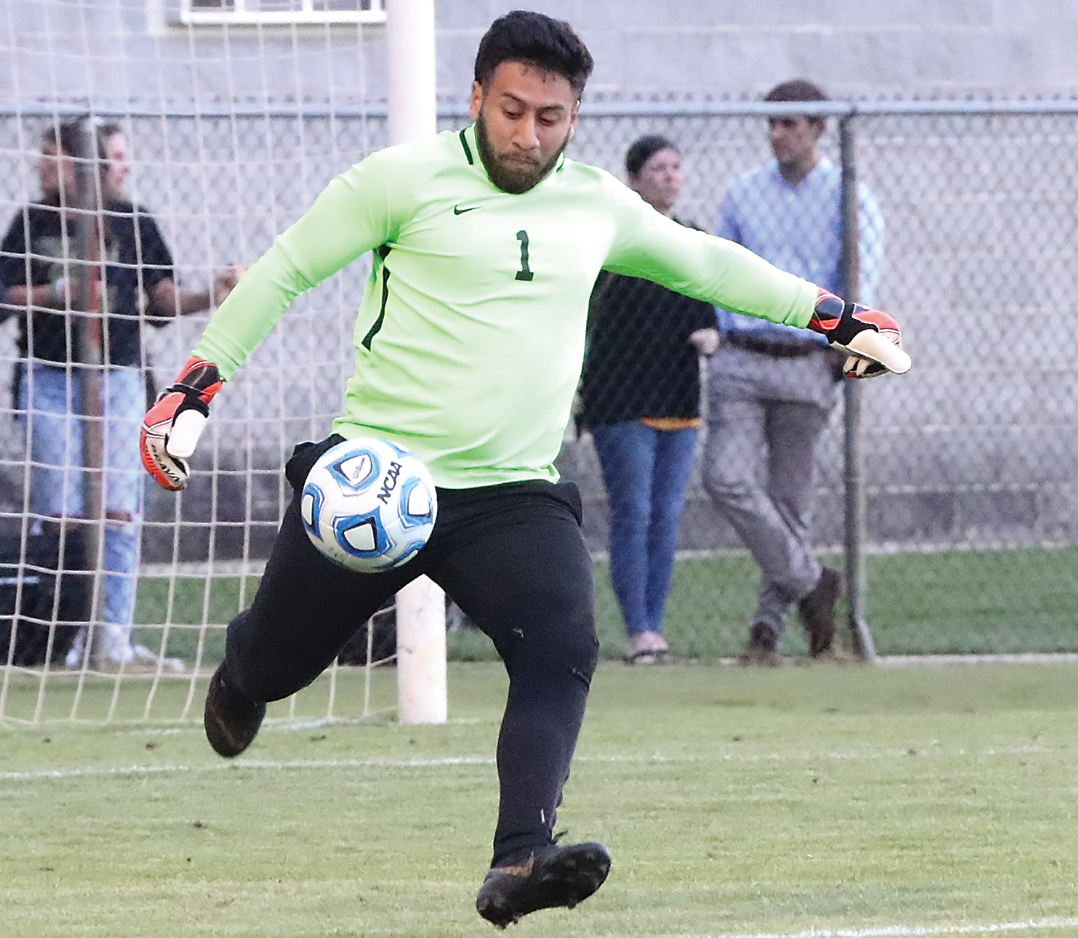 Crossville goalkeeper Ernesto Lopez kicks the ball into the front half of the pitch during an AHSAA Class 4A/5A state semifinal match against Russellville at John Hunt Park in Huntsville on Thursday.

Crossville goalkeeper Ernesto Lopez kicks the ball into the front half of the pitch during an AHSAA Class 4A/5A state semifinal match against Russellville at John Hunt Park in Huntsville on Thursday.

After enduring a near-hour stoppage in play due to a sudden storm rushing through the area, Crossville returned to the pitch for the last 11 seconds of regulation and additional minutes.

The Lions found themselves on the end of an oddly bouncing ball in front of the net in overtime of the rain-soaked AHSAA Class 4A/5A state semifinal match and took a 3-2 loss to the Russellville Golden Tigers at John Hunt Park in Huntsville on Thursday night.

“I’m proud of my guys and the work that they’ve put in,” Lions coach Samuel Tidmore said after the team finished its season with a 15-4-0 overall record. “Russellville is a great team, they’re here for a reason, they’re unbeaten for a reason. And to take a team like that to the brink, to take them to a golden goal period, we just have to tip our hats to Russellville.”

With the match knotted at 2 and regulation time ticking away, a storm blew in from the west, sending players and spectators off to seek shelter. The match, which kicked off at 5 p.m., was halted with 11 seconds remaining in regulation, and following a solid 40-minute break in action, teams returned to the pitch to warm up and conclude the contest at 7:30 p.m.

“It was pretty chaotic,” Tidmore said of the storm. “Everybody had to find safe shelter. We were crowded in a bathroom with a bunch of fans and family. We just tried to keep [the mood] loose and catch our breath.”

In the first 5-minute, sudden-death overtime period, Russellville’s Juan Cano booted a shot from near midfield and the attempt took a peculiar bounce in front of the goal and skipped past Lions goalkeeper Ernesto Lopez with 30 seconds left, propelling Russellville (19-0-0) into the state final.

Kevin Rios sent in a corner kick and Antonio Gallardo headed the ball in for the first point at the 20:29 mark of the opening half.

The Golden Tigers equalized with 12:50 left until halftime when Orlando Jimenez gathered himself and scored from within 6 yards as defenders closed in.

Crossville’s Manuel Rios Quintinos scored with 7:07 remaining until the break when the ball took a high bounce over the head of Russellville’s goalkeeper, sending the Lions into the half with a one-goal edge.

After the match, Tidmore discussed the value of the Lions gaining the level of postseason experience they did this season.

“I think understanding what we need to do, what it’s going to take to come to a venue like this and win, it’s extremely valuable,” he said. “Teams who have been here before, you see how they come up here and play.”