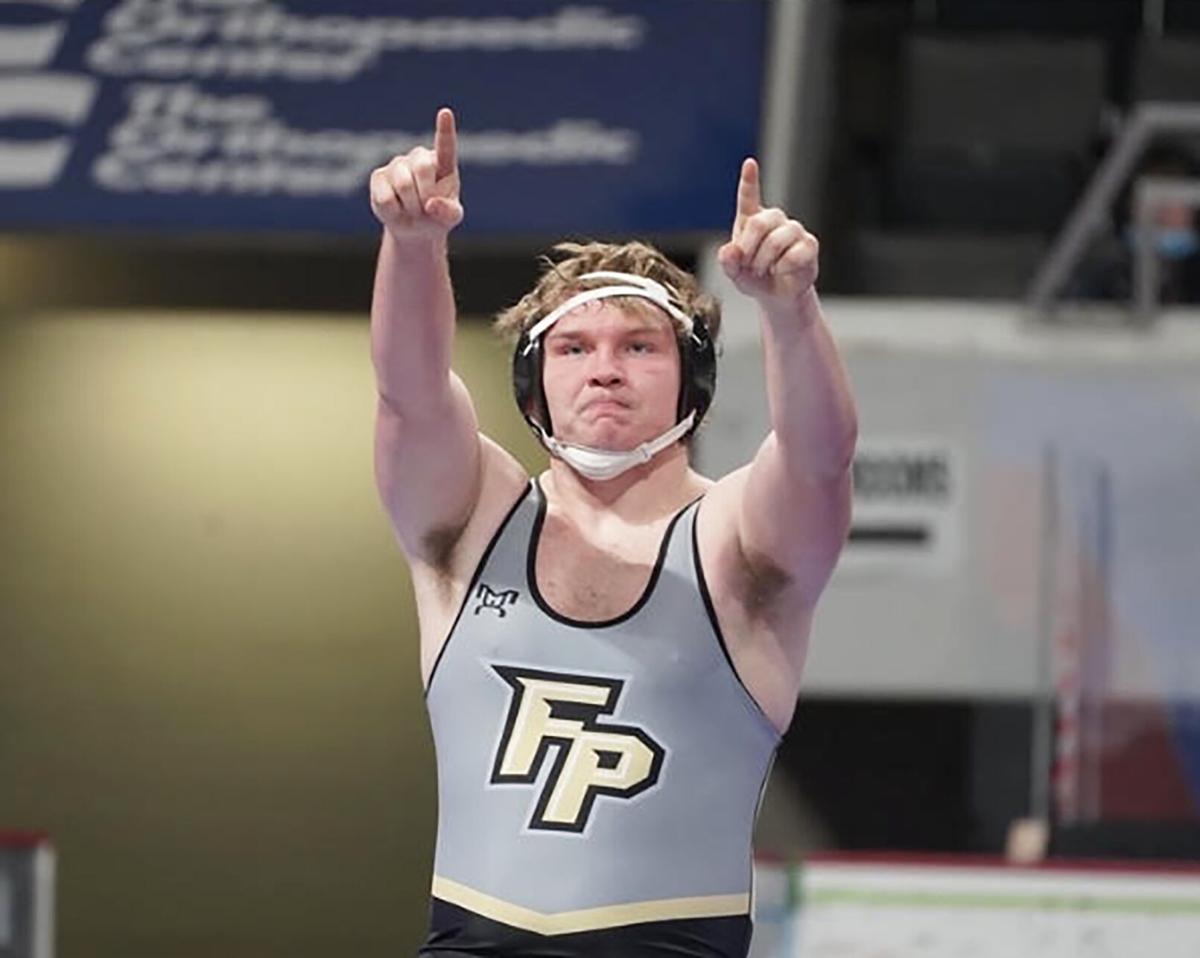 Fort Payne's Riley Kuhn gestures to his supporters during his state-championship run at the AHSAA Wrestling State Championships at Von Braun Center in Huntsville this weekend. 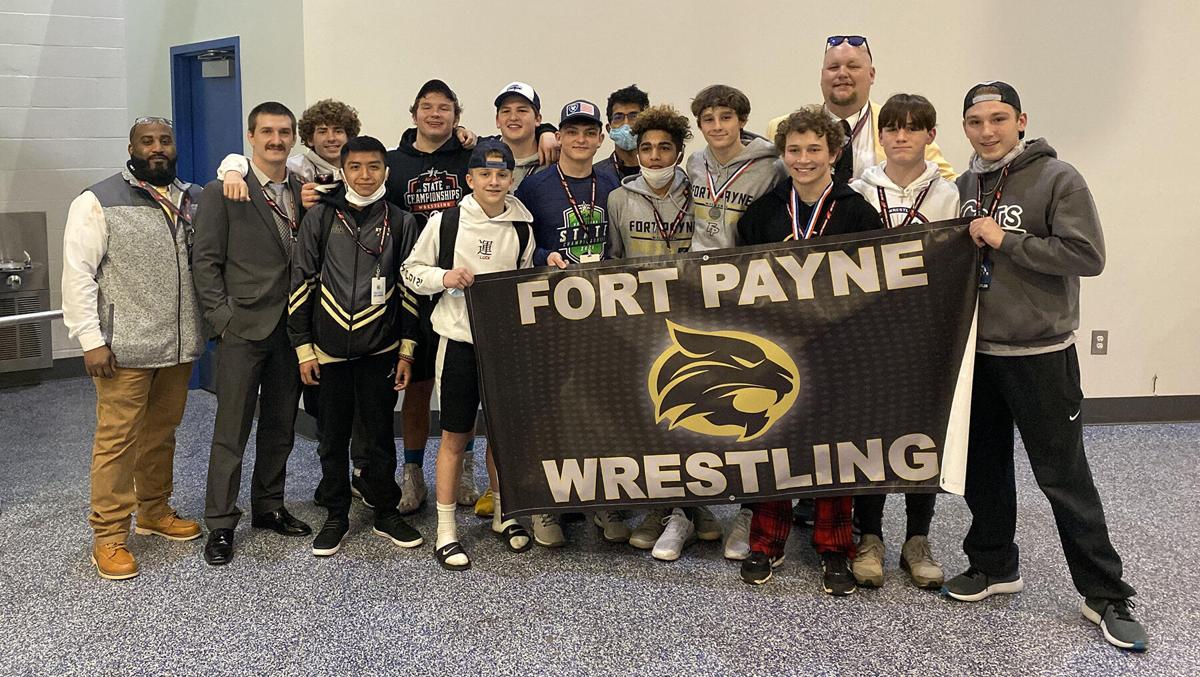 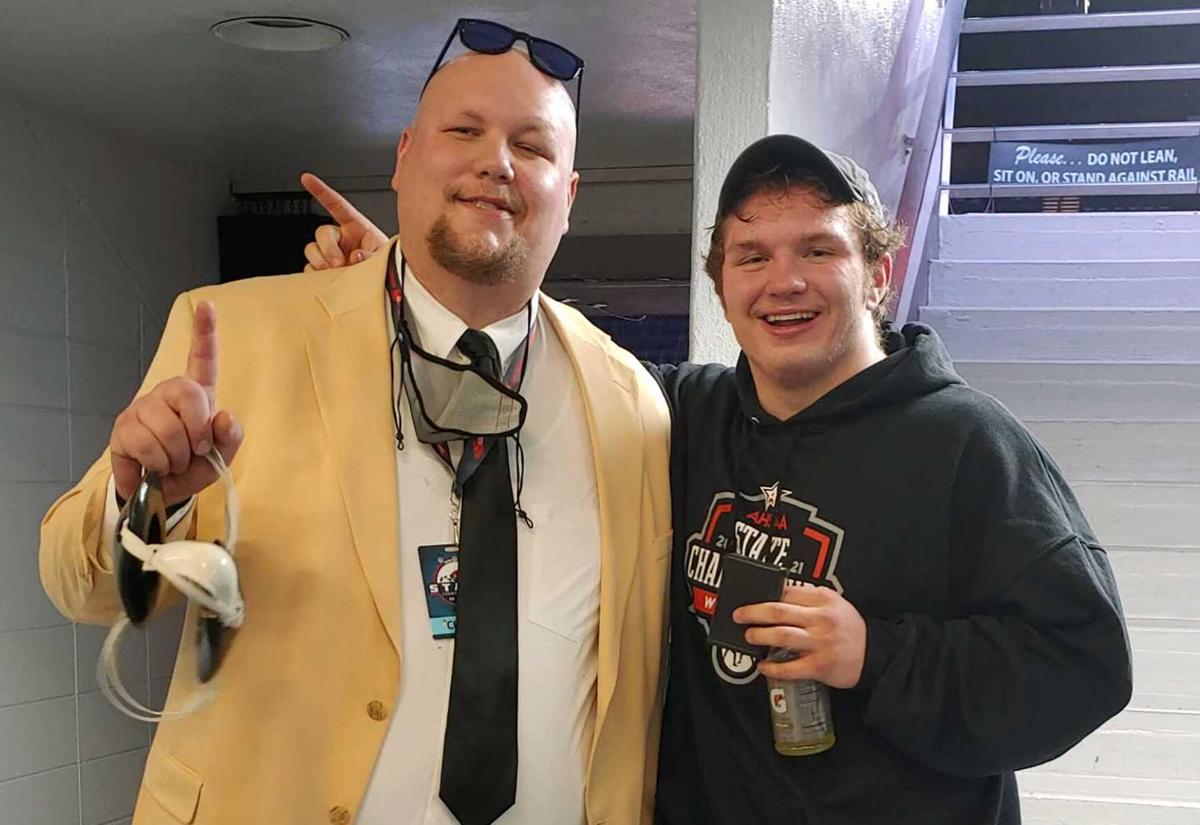 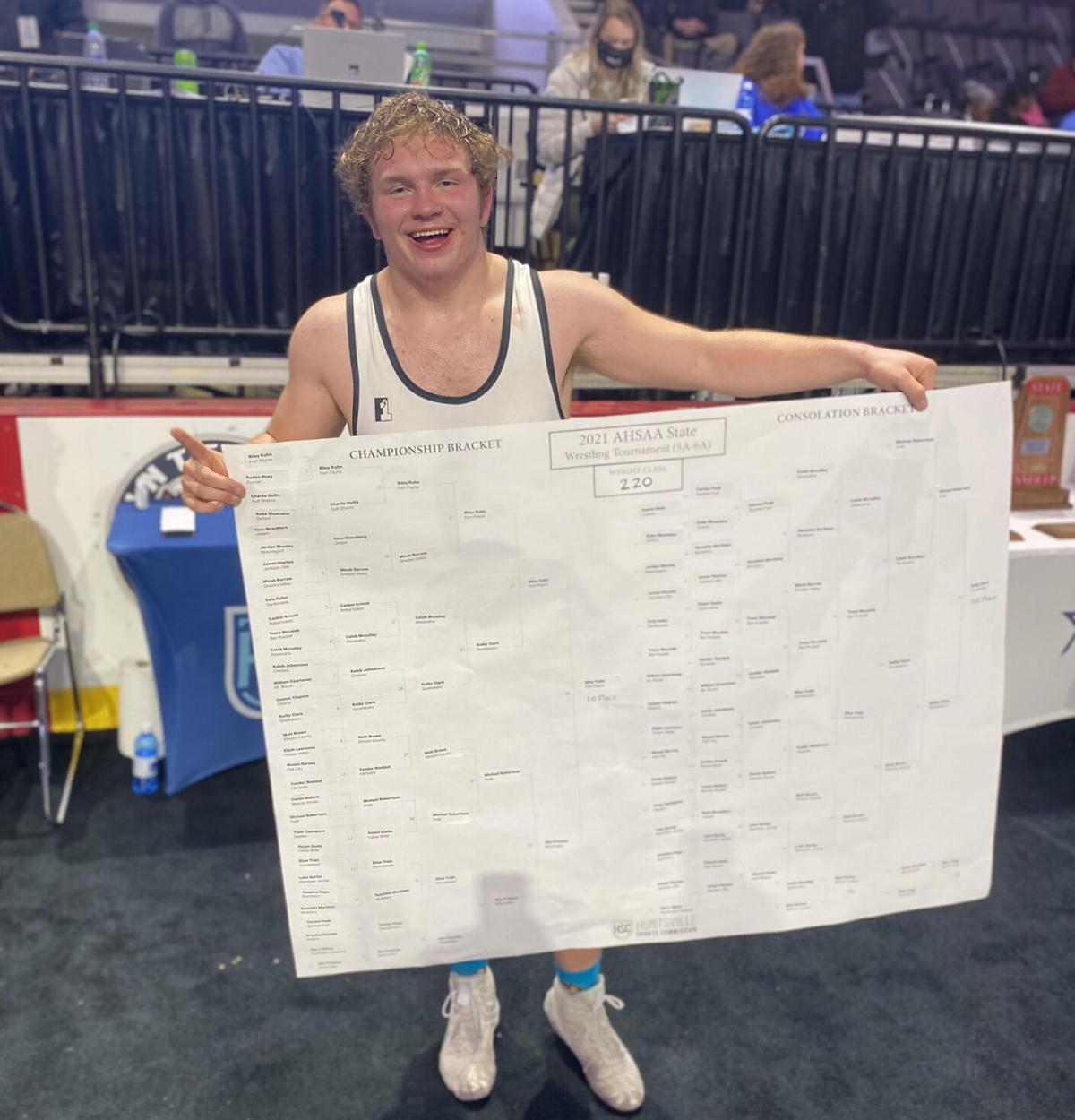 Fort Payne senior Riley Kuhn is pictured holding the AHSAA State Wrestling Championships tournament banner for the Class 5A-6A division, in which he won at Von Braun Center in Huntsville on Saturday.

Fort Payne's Riley Kuhn gestures to his supporters during his state-championship run at the AHSAA Wrestling State Championships at Von Braun Center in Huntsville this weekend.

Fort Payne senior Riley Kuhn is pictured holding the AHSAA State Wrestling Championships tournament banner for the Class 5A-6A division, in which he won at Von Braun Center in Huntsville on Saturday.

FORT PAYNE — Riley Kuhn watched how other state-championship caliber wrestlers handled the moment of performing on the biggest stage of their careers and tried his best to calm his nerves.

What the 220-pound Fort Payne senior always tries to do is dominate whoever is across from him on the mat, and when his state championship match came in the AHSAA’s Class 5A-6A division Saturday afternoon, Kuhn delivered.

“It’s definitely bittersweet,” Kuhn said of wrapping up his high school wrestling career as a state champion. “I’ve made a lot of friends and family on the wrestling team and I’ll miss them a lot, of course. But it is very nice to end my career and see my hard work pay off.”

Kuhn finished the season with a 24-1 individual record.

As a sophomore, Kuhn placed fourth overall in his weight class at the state meet. As a junior, he finished as a state runner-up.

Fort Payne coach Austin Panell said he wanted to see Kuhn close his career as a state champion so much that watching became a nerve-racking experience even for him.

“I’ve been coaching (Kuhn) since he was a seventh-grader,” Panell said, “so I’ve seen him grow up from a young boy to a young man and just wanted him to achieve those goals he set all the way back when he was 12, 13 years old.”

“He’s just so physical,” Panell said. “He goes out there and tries to punish his opponents and he takes no opponent lightly. He just wants to dominate every single opponent that steps in front of him. That’s all I could ever ask for. He’s so physical, quick, agile and just wants to win. He wants to win and please his teammates and his coaches.”

Kuhn’s work in the sport started as far back as 12 years ago, when teammate and Fort Payne’s heavyweight TJ Tate encouraged him to join.

Kuhn credited wrestling with helping his progression as an offensive lineman in football, as well, earning first-team all-region status as a result.

“I feel like wrestling is one of the biggest contributors as to why I’m good at football,” the senior said. “Hand strength and hand-eye coordination are all things that come with wrestling, and that’s definitely helped me on the football field. Hard work and determination in the weight room, I’ve learned from wrestling.”

From last wrestling season to this one, Kuhn added 20-30 pounds of weight, bulking during offseason football training. Panell noted how much Kuhn’s weight gain assisted his success on the mat.

“He’s so much stronger than the majority of his opponents and that just adds to his athletic ability,” Panell said. “He’s so fast to be as big as he is and he’s able to just go out there and dominate the majority of the competition.

“...From a seventh-grader to a senior, it’s just a night-and-day difference. He’s been to a few wrestling camps over the summers to help him get better and those things showed as his career progressed. It’s been an amazing run. Me and the rest of the coaches couldn’t be more proud of him.”

Kuhn said he plans to attend college after high school and has an interest in business and finance as a career path. He said his collegiate destination is still undecided.

Rain likely. High near 55F. Winds ESE at 5 to 10 mph. Chance of rain 100%. Rainfall around a half an inch. Locally heavier rainfall possible.

Scattered thunderstorms during the evening, then cloudy skies overnight. Low 59F. Winds S at 5 to 10 mph. Chance of rain 40%.

Rain. Potential for heavy rainfall. Low 51F. Winds WNW at 5 to 10 mph. Chance of rain 100%. Rainfall possibly over one inch.