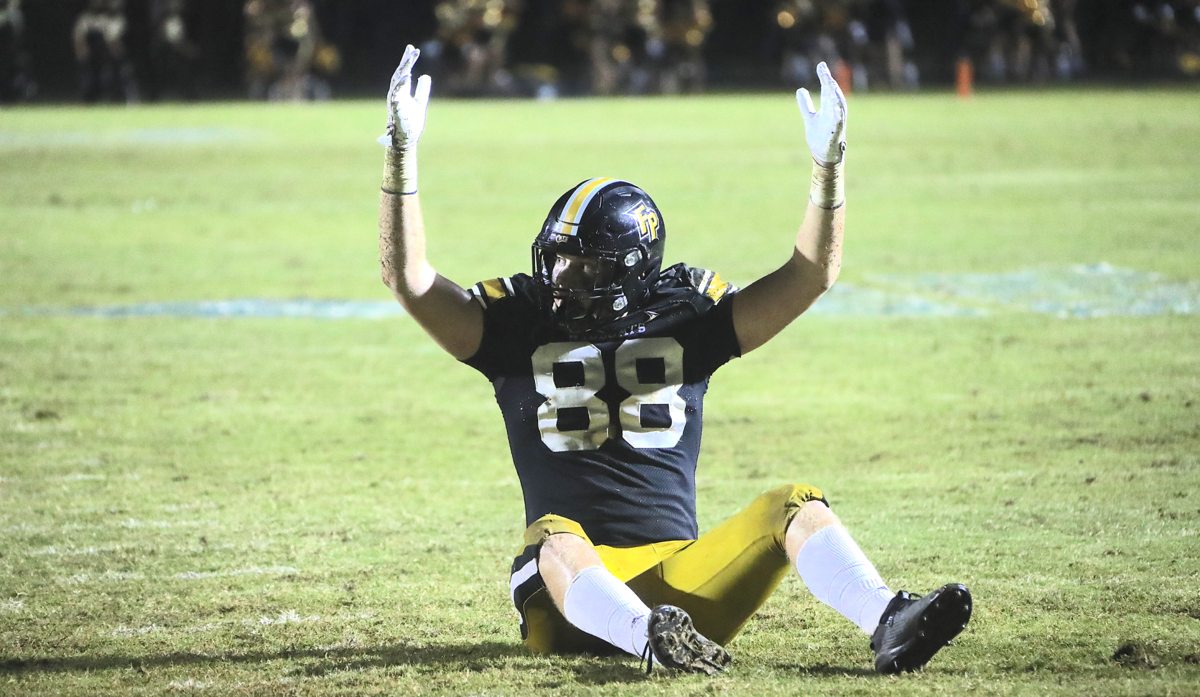 Fort Payne’s Sawyer Burt signals for a touchdown following a play during the second half against Etowah on Friday night. 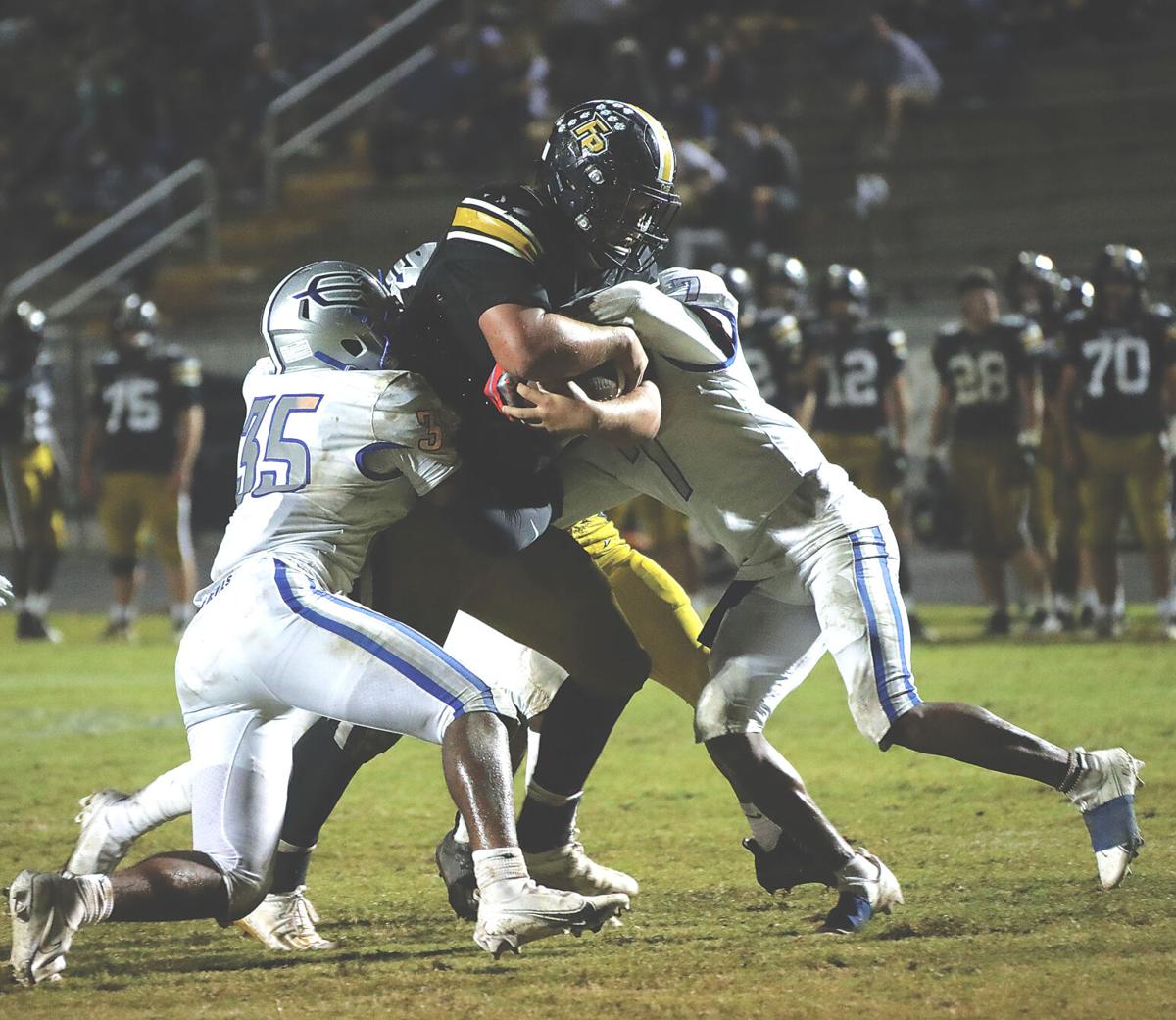 Fort Payne’s Hunter Love, middle, drags a group of Etowah defenders as he runs toward the end zone during the second half at Wildcat Stadium on Friday night.

Fort Payne’s Sawyer Burt signals for a touchdown following a play during the second half against Etowah on Friday night.

Fort Payne’s Hunter Love, middle, drags a group of Etowah defenders as he runs toward the end zone during the second half at Wildcat Stadium on Friday night.

FORT PAYNE — J.D. Blalock scored on a 1-yard dive to put Fort Payne in front for good in the fourth before adding an 8-yard scoring run to help secure a 35-21 victory against the Etowah Blue Devils at Wildcat Stadium on Friday night.

The scoring drive survived with a fourth-down conversion throw. Fort Payne’s Caden Holbrook swatted away a potential touchdown reception in the back left corner of the end zone on third down.

Blalock’s 1-yard touchdown dive gave the Wildcats the lead again at 21-14 with 1:13 left in the third, before Martavious Davis sprinted 75 yards down the left sideline to make it 21-21 with 15 seconds left.

Blalock found Sawyer Burt roaming across the middle for a 34-yard scoring connection with 10:06 remaining in regulation to put Fort Payne in front at 28-21.

The Wildcats extended their advantage to 35-21 with an 8-yard scoring run by Blalock with 2:45 remaining.

The Blue Devils scored the game’s first points early in the second quarter.

Love took a handoff up the gut of the offensive line on a fourth-and-one run, but the Blue Devils’ defense held strong and allowed the offense a short field at Fort Payne’s 44-yard line.

Etowah used eight plays to reach the end zone, capped by Trent Davis’ 3-yard touchdown run with 8:07 to play in the period. Trent Davis faked a handoff to Martavious Davis on a sweeping run and rumbled ahead for the go-ahead score.

The Wildcats rallied to tie the game at 7 just before halftime.

Will Abbott picked off a pass in Fort Payne territory and returned it to Etowah’s 10-yard line, setting up the Wildcats’ game-tying score. Love took a handoff to the left side for a 7-yard rushing score with 1:57 remaining in the opening half.

Fort Payne returns to region competition on Friday, visiting longtime rival Scottsboro in a battle for the TopCat Trophy.