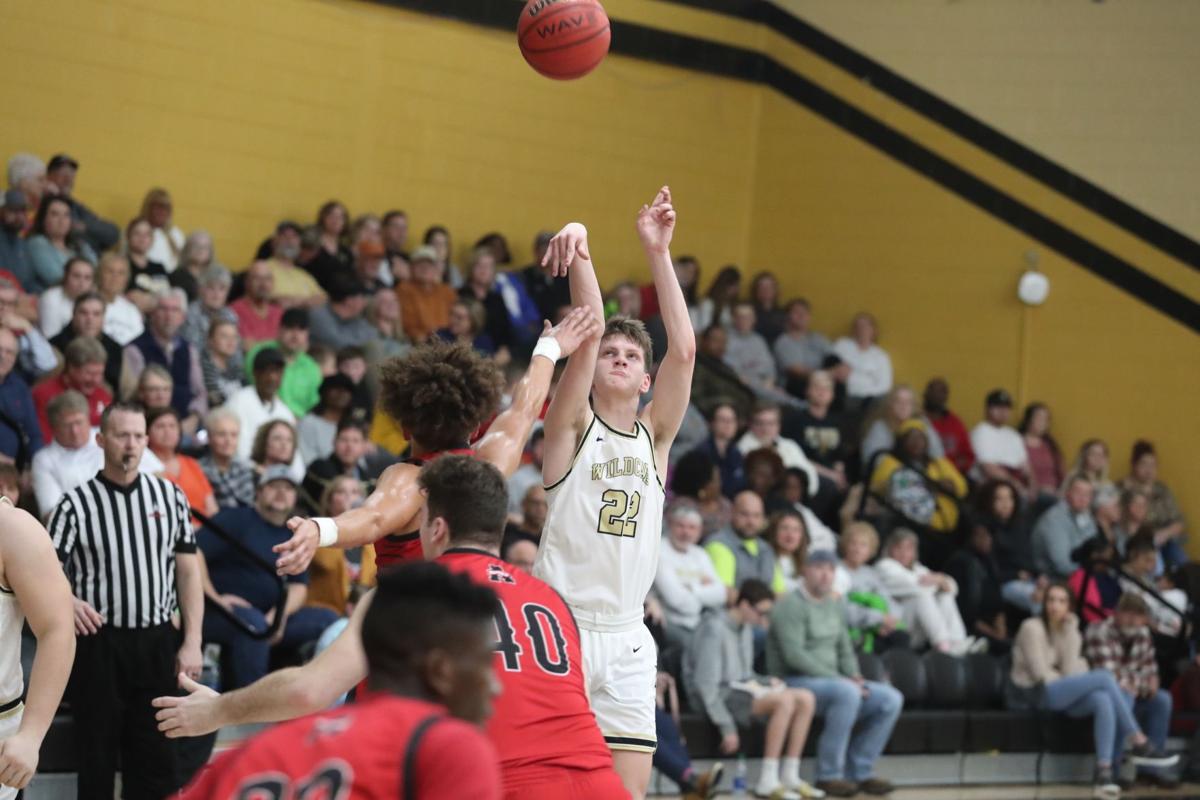 Fort Payne's Lane White (22) attempts a 3-point shot during the second half against Albertville at Fort Payne High School on Friday night. 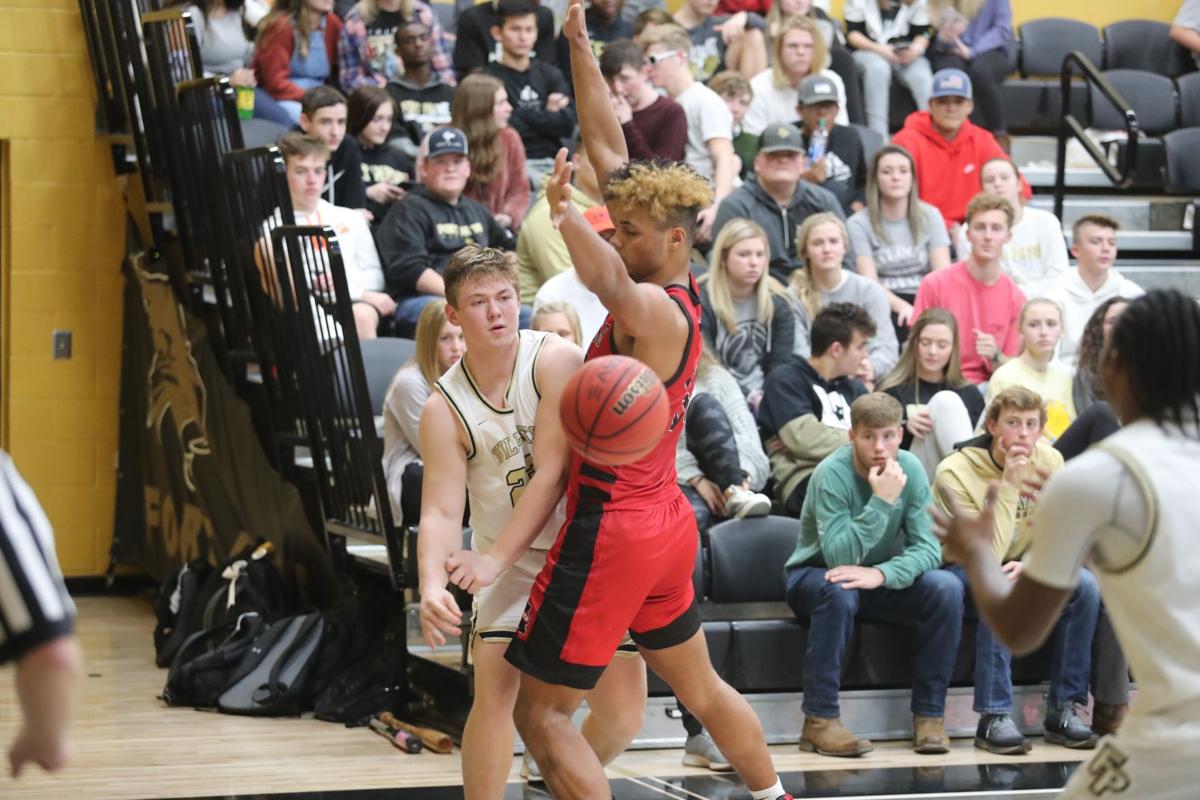 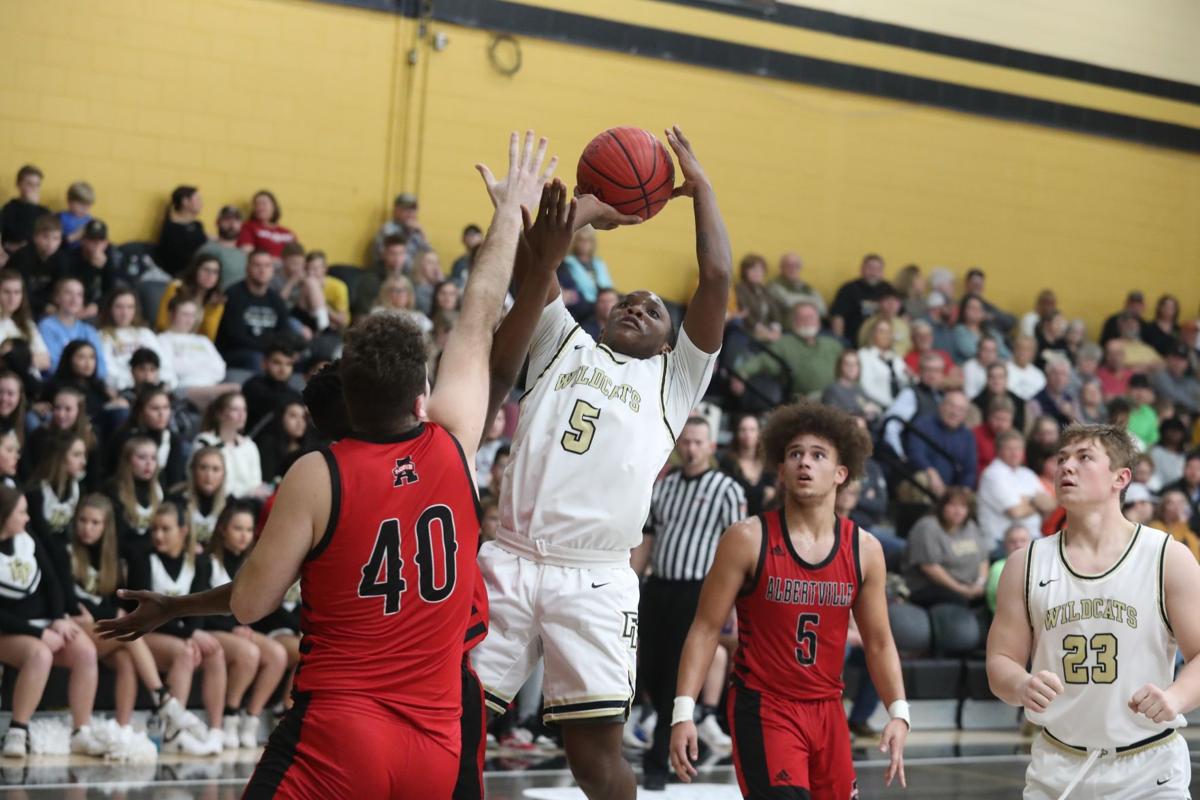 Fort Payne's Lane White (22) attempts a 3-point shot during the second half against Albertville at Fort Payne High School on Friday night.

FORT PAYNE — The Fort Payne boys didn’t get the start they’d hoped for and had to play from an early deficit, leading to an 87-53 loss against the Albertville Aggies on Friday night.

“When (Albertville) came out making shots early, we couldn’t play the defense we wanted to play,” Wildcats coach Michael Banks said. “It makes you take a lot of chances, and sometimes that leads to easy baskets for your opponent.”

The Wildcats trailed 20-9 heading into the second quarter and 45-27 at the half. There was a lot Fort Payne had to do out of halftime to start cutting the deficit. Banks said it had to start with getting some defensive stops.

“We had to guard the ball and stop the penetration,” he said. “We had to help on (Trinity Bell), but they had so many weapons.”

Outside of Bell, a 6-foot-7, 252-pound force in the paint, the Aggies (15-3, 3-0) also had a healthy combination of size and shooting ability from the perimeter.

White hit a pair of 3-point baskets and two free throws, and Kevin Hightower added a jump shot to start the third and pull the Wildcats within 58-40 with 3:02 left in the period.

But Albertville’s ability to spread the floor added to the lead and made it too much for the Wildcats to overcome.

“We played better in the second half,” Banks said. “It was just difficult to get good shots with (Albertville’s) length. There was nothing easy around the basket.”

Fort Payne hosts White Plains at 7:30 p.m. Tuesday, before hosting Alexandria at 7 p.m. Thursday in a game rescheduled due to severe weather.