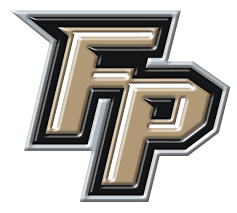 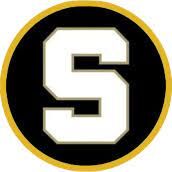 Fort Payne rallied from a three-run deficit in the seventh inning, but finished a run shy in a 3-2 loss at Scottsboro on Monday afternoon.

Graidin Haas scored on an Emily Ellis single for Fort Payne’s first run in the top of the seventh. Addison Eason singled in Hannah Buffington to pull Fort Payne within 3-2 with one out in play, but Scottsboro’s Alyssa Smart delivered two straight strikeouts to end the game.

Haas recorded two hits and AJ Kramer allowed eight hits while striking out three and walking one in a complete game in the circle for Fort Payne.

Trailing 7-3 entering the top of the fourth inning, Cory Kramer scored on a Taylor Camp single to center field and Braden Barksdale plated a run on a Haas infield single, setting the stage for AJ Kramer’s homer across left field to tack on three additional runs for an 8-7 advantage.

Buffington added a solo homer to knot the game at 3 in the top of the third inning. Barksdale finished with a double in two hits with an RBI and a run scored.

AJ Kramer tossed a complete game for the Wildcats. She struck out seven and walked two while allowing six hits.

The Wildcats rallied from a five-run deficit by plating six runs in the third inning to beat West Morgan in their first game Saturday.

On Friday, Haas singled on a line drive to left field, bringing Barksdale in to score the winning run to edge Mars Hill 3-2 in walk-off fashion.

Eason had two hits with an RBI and Barksdale added two hits and scored a run for the Wildcats.

Eason and Kyleigh Thomas combined to shut out Haleyville 11-0 in Fort Payne’s opening game of the tournament Friday night.

In the start, Eason allowed two hits and struck out one through 3 1/3 innings. Thomas tossed 1 2/3 innings in relief, surrendering no hits.

The Wildcats finished with 10 hits.

Alivia Hatch belted a solo home run to get Fyffe on the scoreboard in the first inning, as the Red Devils rallied to a win against Gaylesville in their first game of the Cherokee County Invitational on Friday.

The Red Devils earned four wins during the two-day tournament.

Against Gaylesville, Fyffe trailed 3-2 in the third inning before Chloe Hatch doubled in Alivia Hatch and Kendra Fay to overtake the lead at 4-3. Livia Cowart singled to plate Chloe Hatch and made it 5-3 before Gaylesville escaped the inning.

Alivia Hatch limited Sand Rock to three hits while striking out three batters and walking none, as Fyffe played the Wildcats to a 1-1 tie due to tournament time rules Friday.

Cowart and Lauren Webb finished with two hits apiece for the Red Devils.

On Saturday, Fyffe opened the day with a 9-8 victory against Cherokee County.

Cowart doubled on a line drive to center field to plate Alivia Hatch for the walk-off score.

Cowart recorded three hits with an RBI and a run scored.

The Red Devils withstood a Cedar Bluff comeback attempt to escape with a 7-6 victory Saturday afternoon.

Fyffe unloaded a five-run third inning and Alivia Hatch homered to left field in an 11-5 win against Geraldine.

Chloe Hatch gave up nine hits while sitting two and walking one in a complete-game effort for Fyffe.

Jaden Dismuke doubled with an RBI and a run scored, Shelby Trester chipped in three hits and a run and Tinsley Satterfield added two RBIs for the Bulldogs.

The Red Devils wrapped up their stint at the tournament with a 5-1 loss to Sand Rock.