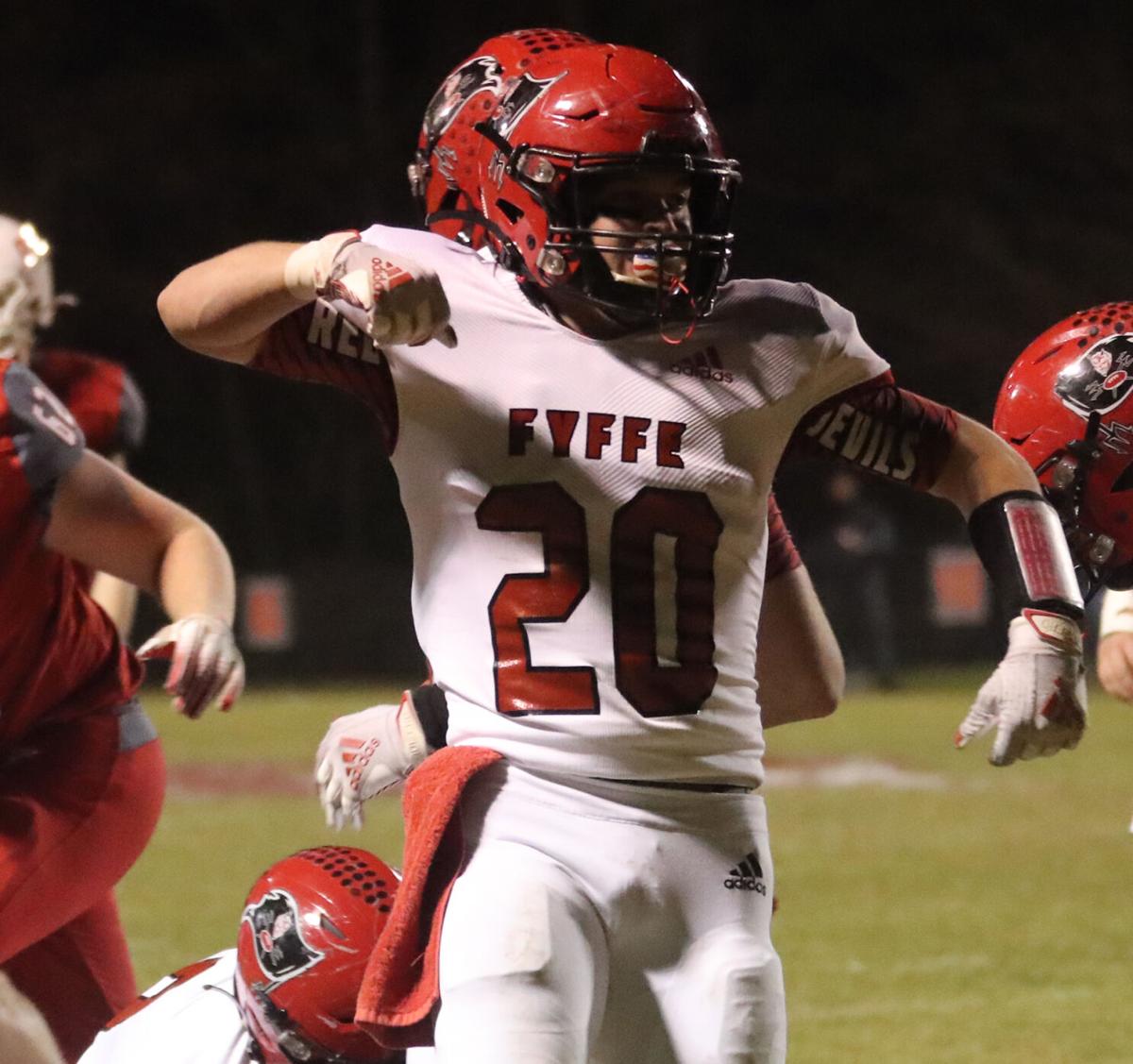 Fyffe defensive back Will Stephens celebrates a defensive stop against Ohatchee during the third round of the Class 3A state playoffs in Ohatchee last Friday night. 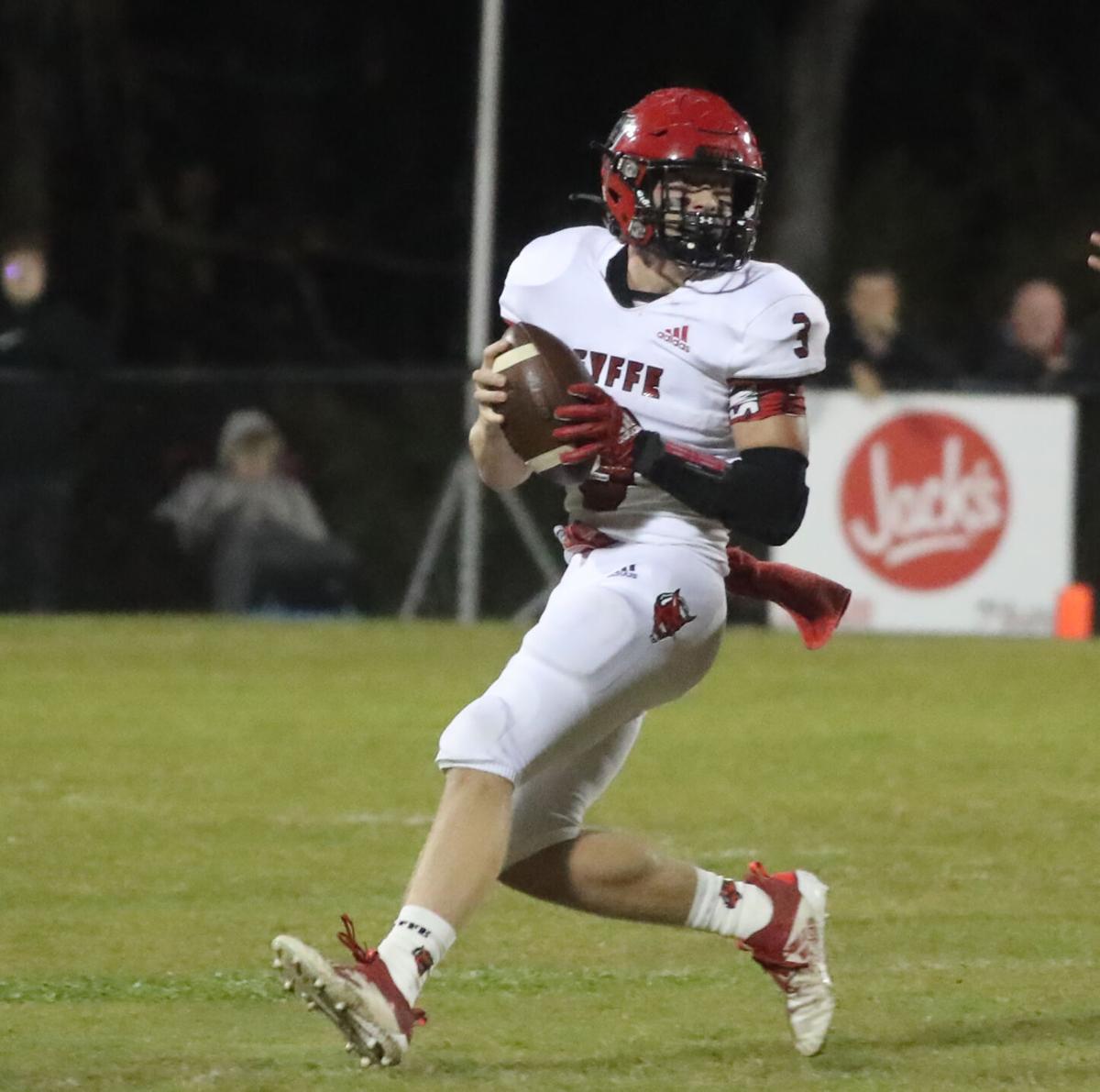 Fyffe senior Hunter Gillilan looks for an open receiver as he runs from defensive pressure from Ohatchee during the third round of the Class 3A state playoffs in Ohatchee last Friday night. 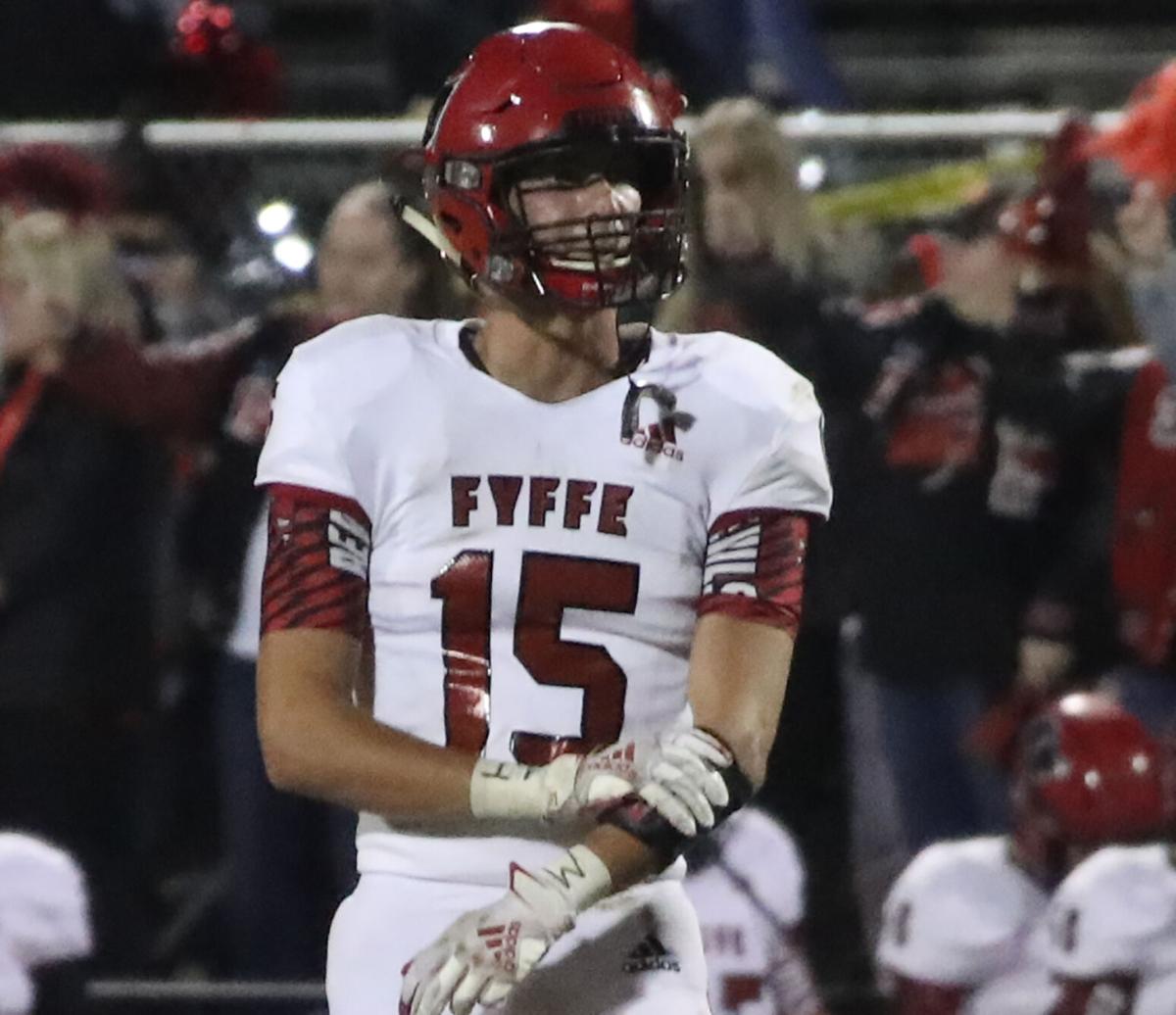 Fyffe tight end Justin Stiefel looks toward the end zone as he walks onto the field prior to a kickoff against Ohatchee during the third round of the Class 3A state playoffs in Ohatchee last Friday night.

Fyffe defensive back Will Stephens celebrates a defensive stop against Ohatchee during the third round of the Class 3A state playoffs in Ohatchee last Friday night.

Fyffe senior Hunter Gillilan looks for an open receiver as he runs from defensive pressure from Ohatchee during the third round of the Class 3A state playoffs in Ohatchee last Friday night.

Fyffe tight end Justin Stiefel looks toward the end zone as he walks onto the field prior to a kickoff against Ohatchee during the third round of the Class 3A state playoffs in Ohatchee last Friday night.

The Fyffe Red Devils have won the past two Class 2A state championships. In order to claim their first since joining 3A and making it three in a row, they’ll have to topple the defending 3A champs.

The road to Tuscaloosa for the Class 3A state championship game will travel through Fyffe, as the Red Devils host the Piedmont Bulldogs in a semifinal showdown at Paul Benefield Stadium at 7 p.m. Friday.

Ike Rowell rushed for three touchdowns and threw an 8-yard scoring pass to Justin Stiefel in the Red Devils’ 26-7 victory at Ohatchee in last Friday night’s third round.

Fyffe improved its program-record winning streak to 43 games with 13 consecutive state postseason victories in its quest for a third straight state championship and first since advancing to 3A.

After playing to a scoreless first quarter, the Red Devils used five plays to cover 62 yards and take a 6-0 lead.

On a first-and-10 play from Ohatchee’s 32-yard line, Rowell rolled out of the pocket toward the right sideline and launched a 29-yard pass to Brody Dalton.

Two plays later, Rowell kept the ball and rushed for a 2-yard score with 9:01 remaining in the half. Dalton’s ensuing extra-point kick fell short.

Eli Ennis kept an Indians drive alive midway through the quarter when he plunged ahead for a 1-yard run on fourth-and-1 from the team’s 39-yard line. The success was short-lived however, as Fyffe’s defense forced a fourth straight punt at the 4:35 mark.

The Red Devils struck again quickly on their ensuing possession.

Rowell faked a handoff on the first snap and, as the line of scrimmage opened, took off up the middle before cutting left and outrunning Ohatchee’s defensive backs down the left sideline for an 86-yard score.

Fyffe’s 2-point conversion run attempt with Rowell failed and the score remained 12-0 with 4:09 left in the half.

Stiefel made a 50-yard punt after Fyffe’s offense was stuffed on its own 47 with 1:27 to play, and defense prevented Ohatchee from threatening before the break.

Fyffe’s defense prevented Ohatchee from crossing midfield in the first half.

Piedmont (12-1), a No. 1 seed from Region 5, defeated Saks 38-20 Friday night to advance one step closer to defending its state crown.

The Bulldogs have only faced Fyffe twice in program history and the Red Devils have won both meetings. Fyffe won 48-20 in the previous meeting, a regular-season contest in October 2007, according to the Alabama High School Football Historical Society’s website.

Head coach Paul Benefield guided the Red Devils to the program’s first state championship appearance in 2007, ending in a 25-20 loss against Leroy. It was Benefield’s 11th season at the helm for Fyffe and the team finished with a 14-1 record and a 2A, Region 7 championship.

Entering Friday’s semifinal clash, the Bulldogs hold a seven-game win streak. Their lone loss of the year was a 20-15 defeat vs. Ohatchee, one of three common opponents shared with Fyffe.

Piedmont head coach Steve Smith led the team to its sixth straight region championship and four state championship appearances in as many seasons, winning three titles in that span.

The Bulldogs average 32 points per game while surrendering 10 per game.

Elijah Johnson leads the team in rushing with 910 yards on 138 carries with 10 touchdowns (7 yards per carry). Jack Hayes has 521 yards rushing on 119 attempts with seven scores.

Hayes has completed 146 of 225 passes for 2,285 yards and 39 touchdowns with five interceptions. Jadon Calhoun and Austin Estes have been Hayes’ top two receiving targets. Calhoun has accounted for 758 yards receiving on 44 catches with 14 touchdowns with a 17 yards-per-catch average. Estes has 52 catches for 702 yards with 11 touchdowns (14 yards per reception).

The winner between Fyffe and Piedmont will play the winner of the other semifinal-round matchup between Montgomery Academy and Montgomery Catholic for the 3A title at Bryant-Denny Stadium on the University of Alabama campus in Tuscaloosa on Dec. 3. Kickoff for the state final is scheduled for 10 a.m.

Al Muskewitz of EA Sports Today contributed to this report.

Mostly cloudy during the evening. A few showers developing late. Low around 35F. Winds light and variable. Chance of rain 30%.