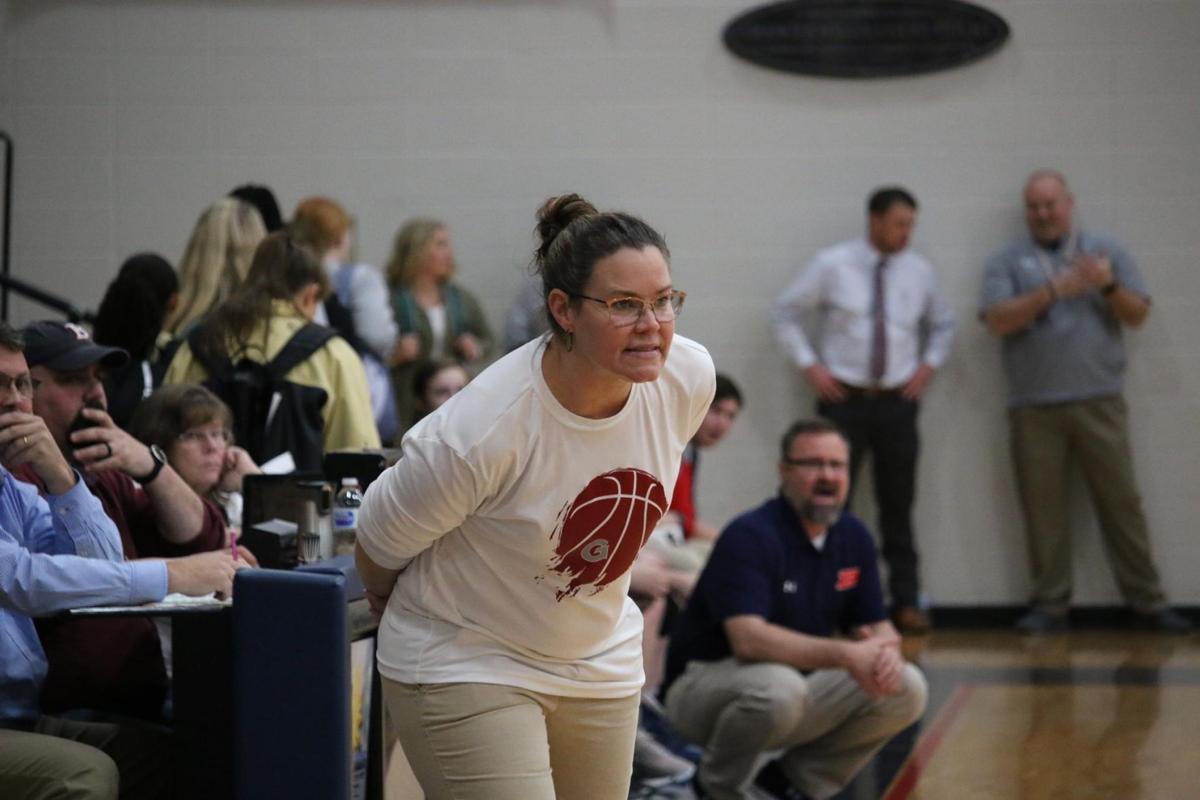 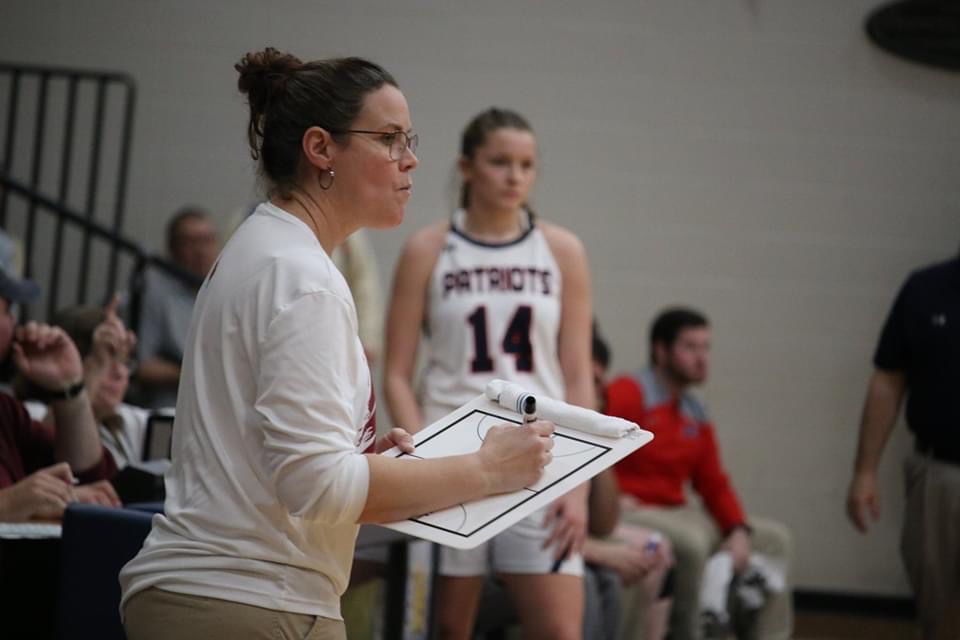 Heather Powell observes a game during her stint as head coach of the Guntersville varsity girls basketball team. 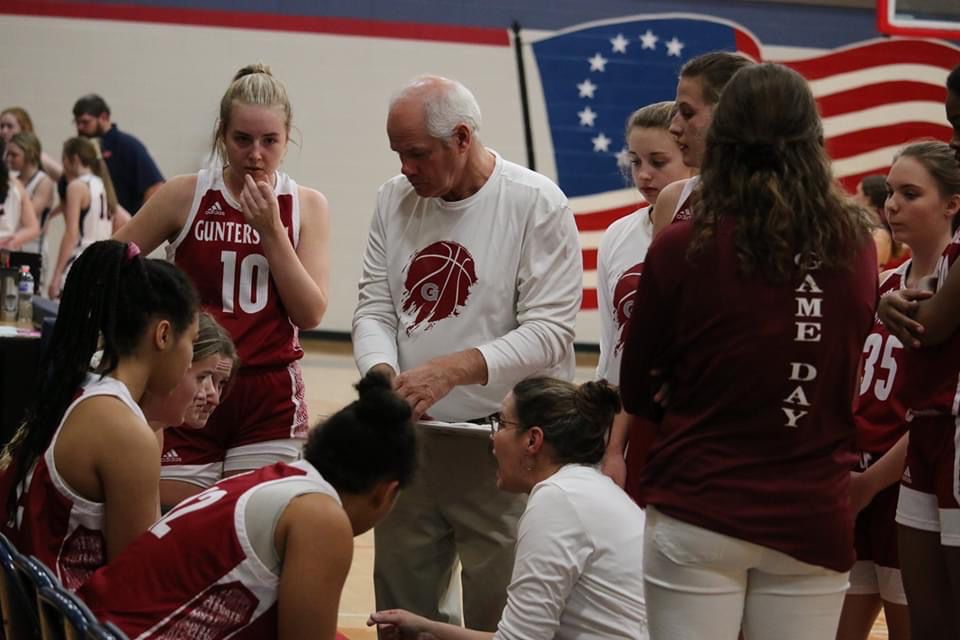 Heather Powell talks to her Guntersville players during a break in play. Powell has agreed to become the next varsity girls basketball head coach at Fyffe.

Heather Powell observes a game during her stint as head coach of the Guntersville varsity girls basketball team.

Heather Powell talks to her Guntersville players during a break in play. Powell has agreed to become the next varsity girls basketball head coach at Fyffe.

FORT PAYNE — Heather Powell’s life has spun in a way that has her coming back to a place where she made so many great accomplishments and memories.

Powell, a Fyffe alumnae who excelled as a multi-sport athlete, has been hired to lead the Fyffe varsity girls basketball team following coach Steve King’s retirement.

As she ends her tenure of leading the Guntersville varsity girls basketball program to take the reigns at Fyffe, Powell said she feels “overwhelmingly blessed” by the opportunity to return to the place where so much of her athletic and academic successes were shaped.

“The Lord has been so gracious and merciful in my life in a multitude of ways. One of those ways has definitely been my coaching career,” she told The Times-Journal on Thursday. “God has allowed me to teach and coach in the best of schools, communities and cities. Fyffe has always held a special place in my heart even though I was not coaching there for most of my career.

“I have wonderful memories of growing up in the school and community with the best of friends, teammates and supporters. My children have friends there now too, and they are excited to be in school with them.”

Powell replaces King, whose leadership propelled Fyffe’s girls basketball program to a 105-22 record across four seasons. King began his run with the Red Devils in 2016, guiding the program to four area championships, a state Final Four appearance during the 2017-18 campaign and into state finalist contention in 2018-19.

“Coach King and the girls have done an awesome job with the program, so I know that the work ethic and drive are substantial already,” Powell said. “I am super-excited about the talented core group that we have returning and also the emerging players who can make a big difference on the scene this year.

“I believe that our junior high and junior varsity groups have a lot of excitement and ability, so we are eager to see them on the court also.”

With Powell’s help, Guntersville is on the rise and a girls program to watch. Leaving didn’t come without its share of difficulties, Powell said.

“It was so difficult to leave the players, parents and community members that offered such support and encouragement to my family and me,” she said, “but, in the end, my family felt like certain circumstances and other opportunities were God's way of leading us to Fyffe...back home.”

Powell graduated from Fyffe in 1995. She helped the Red Devils win state championships and make state tournament appearances in multiple sports. The success made Powell proud, but she said her most substantial memories came from the bonds formed and life lessons learned.

“We owe a ginormous debt of gratitude to our teachers, coaches, community, teammates and, most importantly, the Lord. I could not think of a better place to have grown up or better people with whom to have done it,” Powell said.

Powell played college basketball at Western Kentucky and Jacksonville State and played a year of junior college softball at Snead State. She earned a bachelor’s degree in secondary education and a master’s degree in history.

She said her father was her first coach and hero. She also has a family full of teachers and was always around people who loved to teach and coach and enjoyed sports.

“I had the best high school coaches...period. There were none better anywhere,” Powell said.

Powell said she grew up in a community that understood hard work and success, one that believed in and took pride in its teams. She believes everyone has a purpose and direction in life and that hers is to teach and coach. Her belief was instilled at a young age, watching those around her giving back, making the world a better place.

“You can teach incredible life lessons and significant character traits through sports because it is one of the best avenues to do so,” she said.

A few clouds. Low near 65F. Winds light and variable.