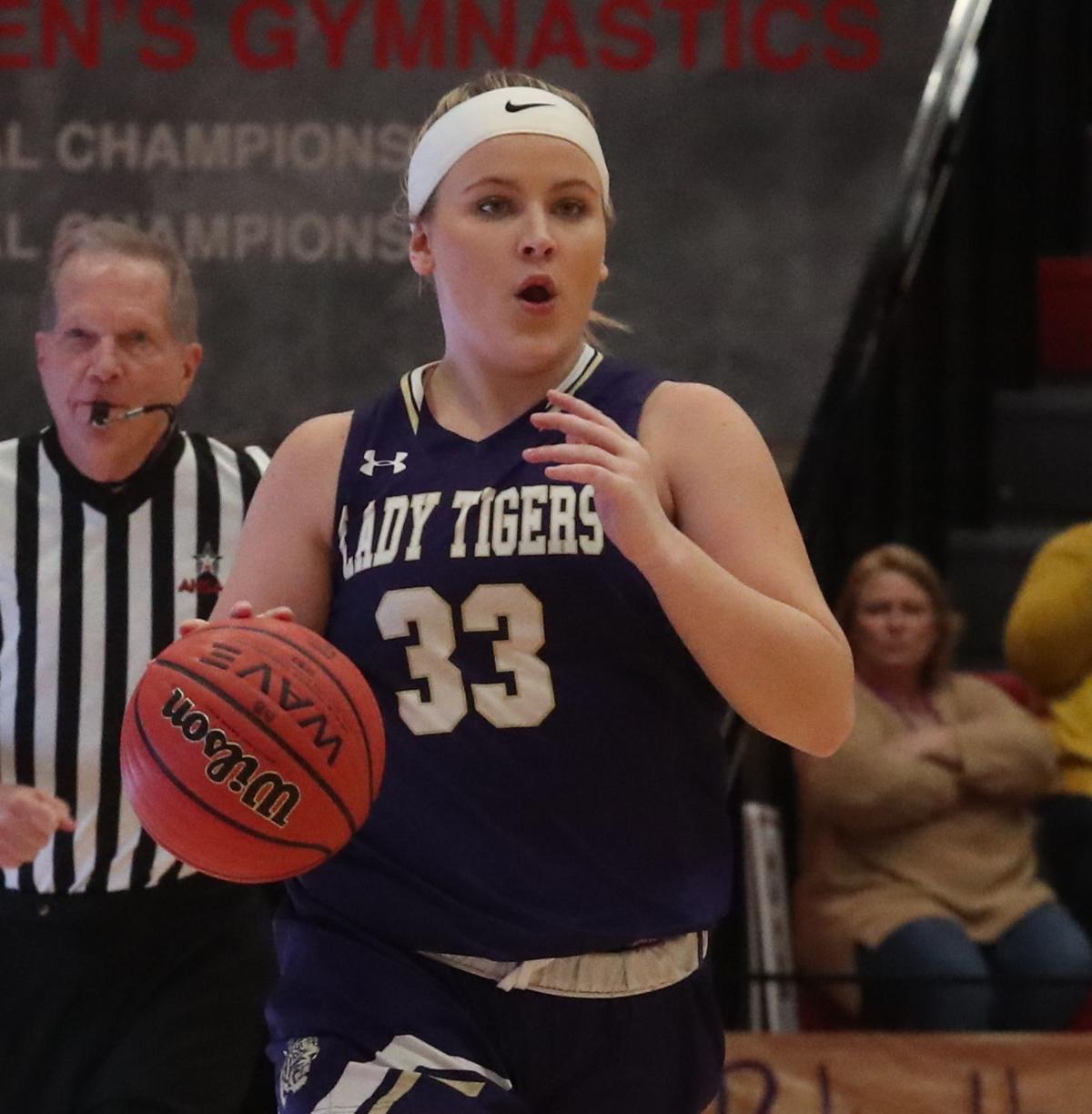 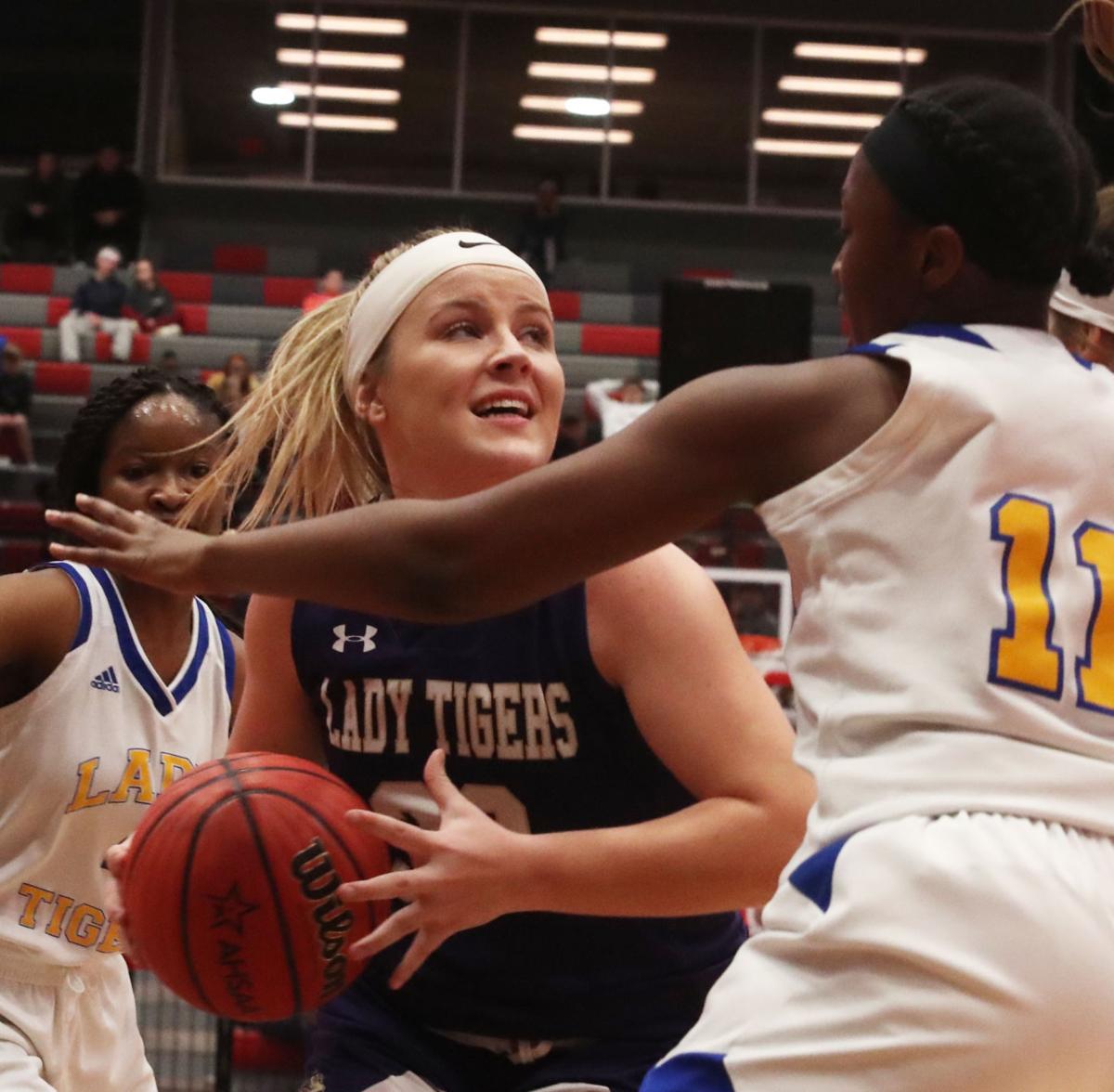 Valley Head senior Bailee Carter looks for a shot as Talladega County Central players form a double-team during the regional round of the Class 1A state playoffs in Jacksonville on Feb. 13.

Valley Head senior Bailee Carter looks for a shot as Talladega County Central players form a double-team during the regional round of the Class 1A state playoffs in Jacksonville on Feb. 13.

FORT PAYNE — Valley Head senior Bailee Carter set her mind to accomplishing a series of challenges as a student-athlete.

She wanted to reach 1,000 career points as a varsity player, and she did — as a junior.

She wanted to help the Valley Head girls basketball team advance past the sub-regional round of the state playoffs for the first time in her high school career, and she did.

The next major item on her list is to continue her basketball career at the collegiate level, and with an accepted athletic scholarship from Gadsden State Community College in play, she’ll conquer that goal this upcoming basketball season.

“It’s one of the best feelings,” Carter said of continuing her basketball career. “It was worth all the hardship I’ve gone through playing basketball. I’m just very blessed to receive a full-ride (scholarship). Not many people get full rides. It’s hard to do.”

Carter said she got in touch with Gadsden State women’s basketball coach Bryan Phillips and received a message from him one day, offering her a scholarship to come play for his program.

It was an easy decision for Carter.

“I’ve wanted to play college basketball ever since I started playing basketball,” she said.

Carter said she also plans to major in health education and wants to teach and coach at the high school level.

Carter joined the varsity girls basketball team for the first time as an eighth-grader and became a starter.

“(Vest) was very good at motivating me, making me feel like I’m capable of anything,” Carter said.

"Bailee has been so much fun to coach and after coaching her for so long, it's going to be different not having her next season."

“At first it was a rollercoaster ride,” Carter said of the Tigers’ start to the basketball season. “We were so inconsistent. I wanted to go all the way my last year, but what really stood out to me was the work and dedication all the young girls were putting in. We had a very young team. We had four seniors.”

With her high school basketball days behind her, Carter’s focused on what lies ahead at Gadsden State.

To help keep herself ready for the start of college basketball season, Carter has been running around her block near Valley Head High School and performing at-home workouts. She’s also worked to keep her shooting sharp by practicing on the basketball goal at her house.

“Since the gyms have opened up, I recently got a membership and I’ve been working out there every day,” Carter said.