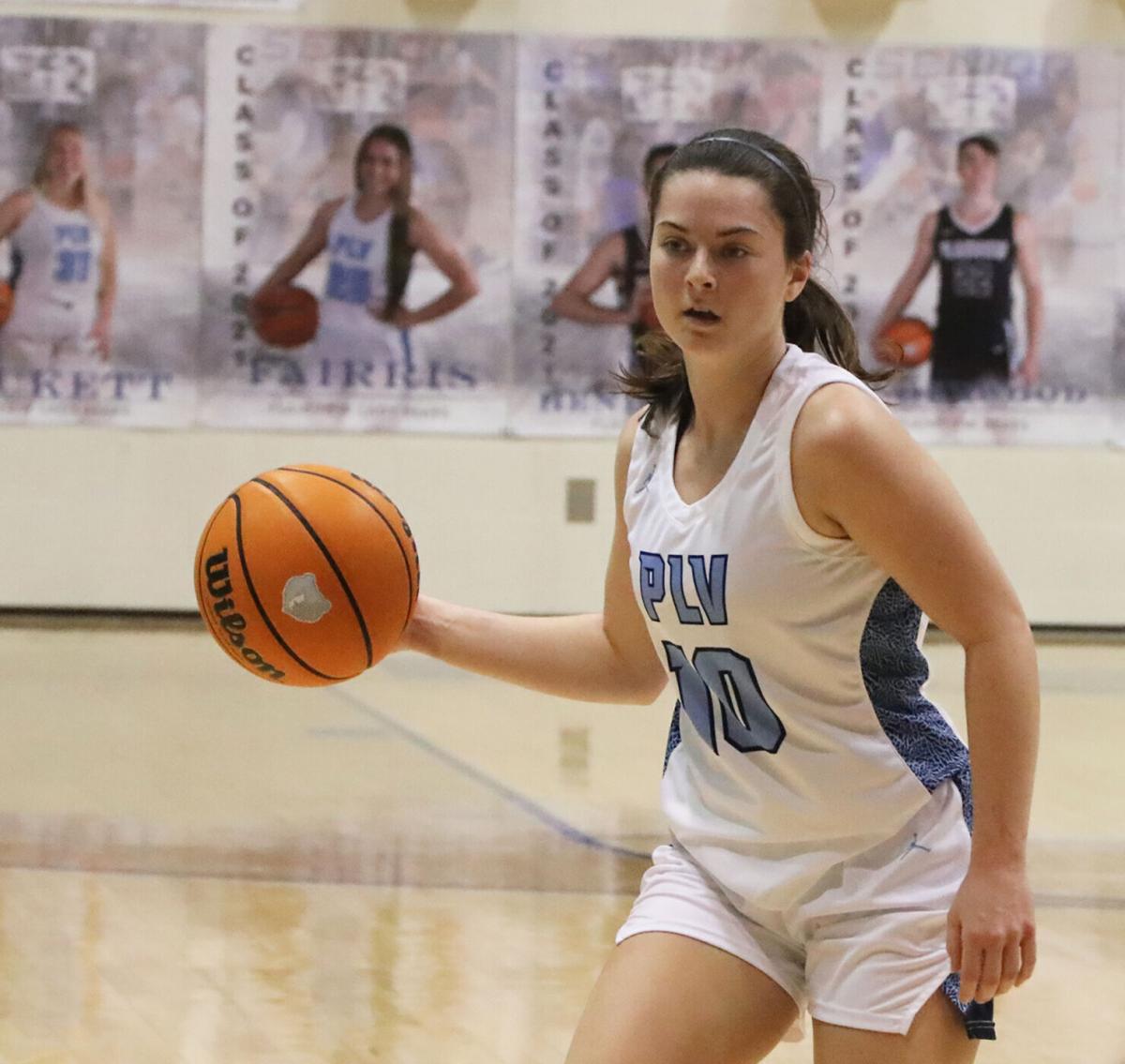 Plainview senior Payton Blevins is pictured during a game at DeKalb County Schools Coliseum in Rainsville in the 2020-21 season. 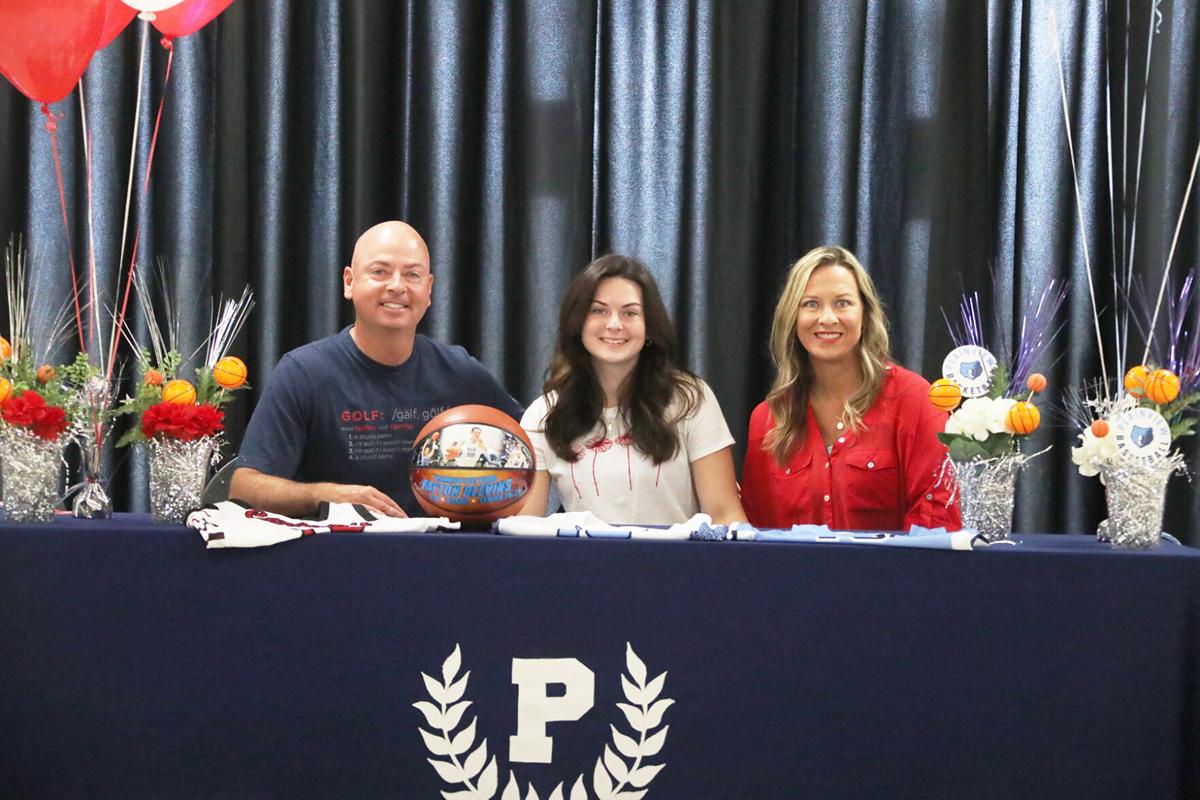 Pictured, from left, are Gary Blevins, Payton Blevins and Amy Blevins during a signing ceremony at DeKalb County Schools Coliseum in Rainsville on Monday afternoon.

Plainview senior Payton Blevins is pictured during a game at DeKalb County Schools Coliseum in Rainsville in the 2020-21 season.

Pictured, from left, are Gary Blevins, Payton Blevins and Amy Blevins during a signing ceremony at DeKalb County Schools Coliseum in Rainsville on Monday afternoon.

Plainview senior Payton Blevins will reunite with teammate Halle Brown on the hardwood at collegiate level.

“Honestly, it’s awesome because a lot of people really don’t get to do it,” Blevins said of her chance to play at the collegiate level during a signing ceremony with friends and family at DeKalb County Schools Coliseum in Rainsville on Monday afternoon.

Brown being at Gadsden State and Blevins at Snead State would have pivoted the two against each other on the basketball court, but instead they’ll be joining forces on the same team. Continuing her education and athletic career with Brown as both a teammate and as a friend was something important for Blevins.

“We were going to be playing against each other and that was going to be exciting,” Blevins said, “but also just to be able to go down there and continue making memories with her is important because she’s also one of my best friends, not just one of my teammates.”

As Blevins was ready to finalize her plans of walking on and competing for a basketball scholarship at Snead State, she said Gadsden State women’s basketball head coach Bryan Phillips contacted her with a scholarship offer after having an opening become available.

Blevins couldn’t pass on the opportunity.

“It all just happened so fast, but I’m really excited,” Blevins said. “It really did work out the way it was supposed to.”

Having always been labeled a shooter, Blevins said her skill set broadened when Griggs asked her to shift from shooting guard to point guard this season.

“I stepped into that point guard position and I felt like my ball handling, driving and sharing the ball helped me grow as a player,” she said. “I was able to expand my horizons as a player and not just be a shooter.”

During his time leading the Plainview girls program, Griggs has made an effort to promote the importance of strong defensive play. He said having challenged Blevins to become a better defender added to her overall game.

For the player who was known for her shooting tendencies having incorporated defensive principles into her skill set, it made a world of difference.

“I was more proud of her defensive ability than I was of anything,” Griggs said.

Griggs said Blevins’ move from shooting guard to point guard was one that would have a stronger impact on the team, and he said her acceptance of that challenge paid dividends.

“She can score at all three levels of the game, she shoots the eyes out of the ball and really looks to score off a bounce,” the coach said.

Blevins and Brown are set to join a Cardinals roster that includes three DeKalb County players in Collinsville’s Brittany Rivera and Fyffe’s Maggie Woodall and Marie Woodall, along with Pisgah’s Chloe Womack.

Some clouds and possibly an isolated thunderstorm this afternoon. High 82F. Winds light and variable. Chance of rain 30%.

Some clouds and possibly an isolated thunderstorm after midnight. Low 66F. Winds light and variable. Chance of rain 30%.