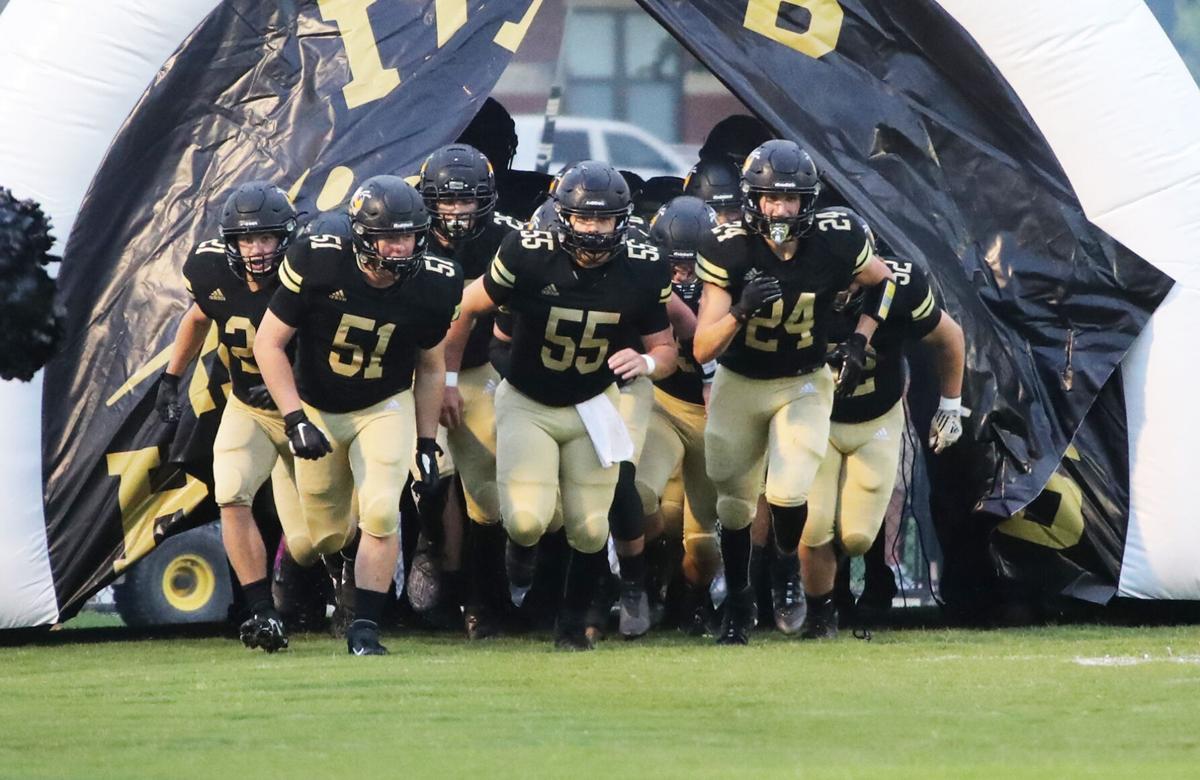 The Ider football team takes the field prior to a game against Woodville at Wayne C. Hardman Stadium last Thursday night. The Hornets host Plainview on Friday night. 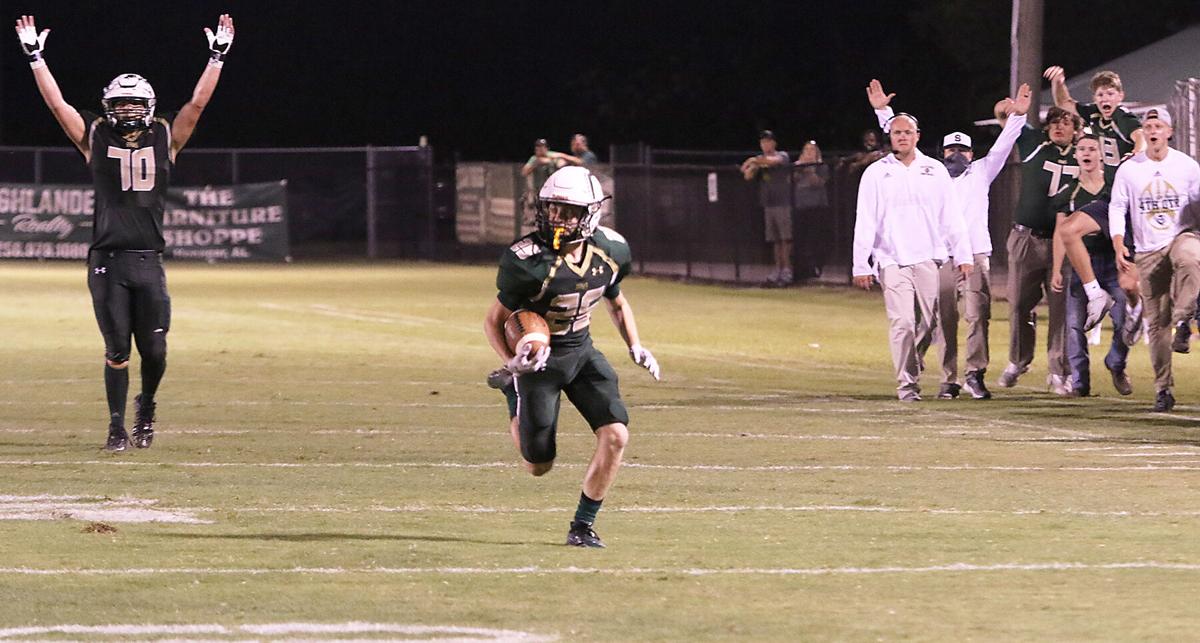 Sylvania’s Sidney Dekker, left, and Sylvania’s sideline watch as teammate Roman McKeehan, center, runs ahead for a touchdown during the team’s regular-season opener against Saks at Sylvania High School last Friday night. McKeehan finished with two receptions for 36 yards along with the touchdown. 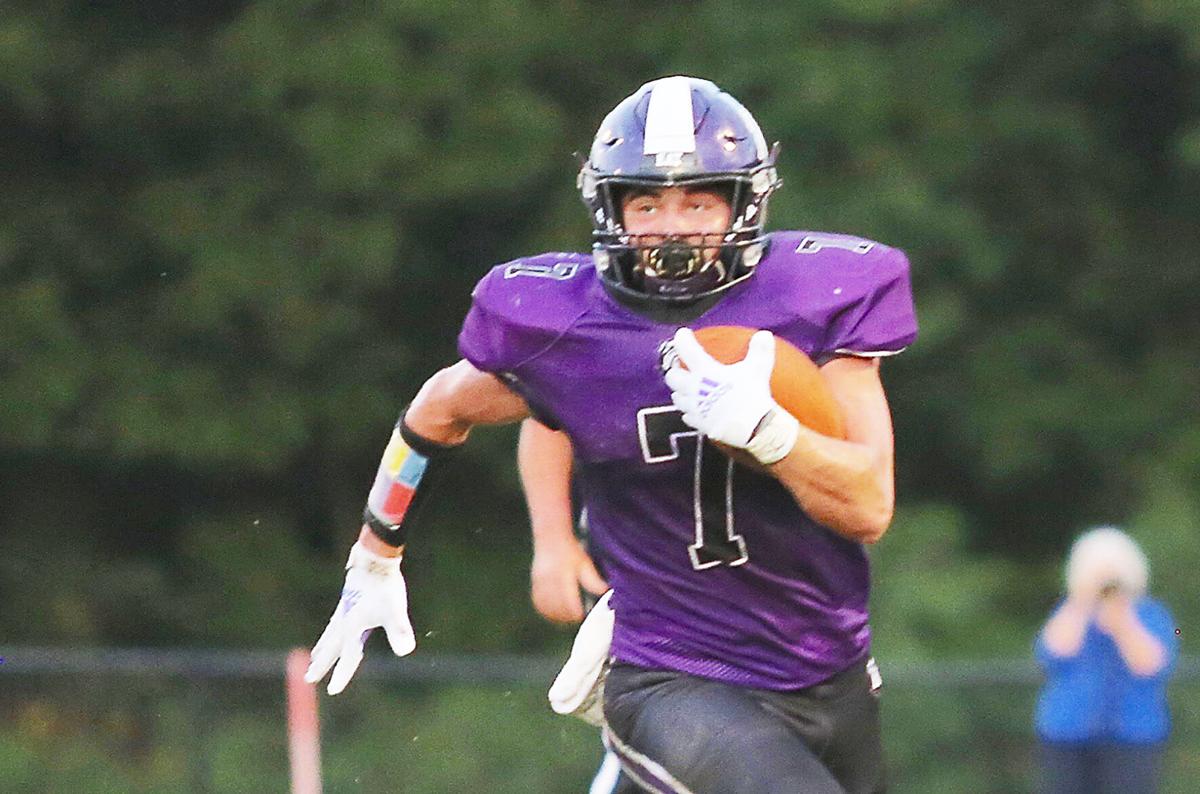 The Ider football team takes the field prior to a game against Woodville at Wayne C. Hardman Stadium last Thursday night. The Hornets host Plainview on Friday night.

Sylvania’s Sidney Dekker, left, and Sylvania’s sideline watch as teammate Roman McKeehan, center, runs ahead for a touchdown during the team’s regular-season opener against Saks at Sylvania High School last Friday night. McKeehan finished with two receptions for 36 yards along with the touchdown.

The Bears won their preseason games against Spring Garden and Cedar Bluff during last week’s fall jamboree at Sand Rock.

Andrew Hall rushed for 101 yards on three attempts with two touchdowns, including a 61-yarder early in the second quarter against Spring Garden.

Levi Brown had two carries for 53 yards, including a 52-yard run, and Braiden Thomas carried twice for 34 yards in Plainview’s win against Cedar Bluff.

Meanwhile, the Hornets (1-0) started their regular season with a 53-0 shutout victory against Woodville in first-year head coach Chad Grant’s debut in front of their home crowd last Thursday.

Plainview defeated Ider 40-0 in last year’s contest in Rainsville and holds a 28-16-1 all-time record against the Hornets, according to the Alabama High School Football Historical Society’s website.

In another matchup between DeKalb County teams, the Crossville Lions host the Collinsville Panthers at 7 p.m. Friday.

Both teams began the regular season last week with losses.

For hosting Crossville (0-1), the team failed to score in a 32-0 loss at New Hope on Saturday. It was the head-coaching debut for Lions coach Josh Taylor.

Last Friday against Section, the Panthers (0-1) were held scoreless through three quarters before Fernando Padilla reached the end zone on a 9-yard run with 7 minutes remaining in regulation in a 34-6 loss at Chad Hawkins Stadium.

Ernie Willingham made his regular-season coaching debut in his return to Collinsville as the team’s interim head coach.

Keaton DeBoard rushed for 120 yards and threw for 44 yards for the Panthers. Colton Wills ran for 57 yards and had 34 yards receiving, and Jameson Coker recorded an interception and a fumble recovery for Collinsville’s defense.

Entering Friday’s contest, Crossville is 46-32-1 against the Panthers, according to the Alabama High School Football Historical Society’s website. In 2020, the Panthers won 24-6 in Collinsville.

Riding a big win against New Life Christian Academy in their season opener, the Cornerstone Christian Academy Eagles return for their second of three road games in a row, visiting the Success Unlimited Academy Mustangs in Montgomery at 7 p.m. Thursday.

This week’s contest was advanced from Friday due to a scheduling conflict with game officials.

The Eagles shut out New Life 40-0 last week, playing the majority of the contest in pouring rain in Millbrook.

It was a productive start to 2021 for Cornerstone, a team in its second season of eight-man competition, having finished as state runner-up last year.

The Mustangs are coming off a 50-30 victory against Faith Temple in Jacksonville in their season opener last week.

Valley Head’s first-year head coach Charles Hammon will face off against his brother, Chris Hammon, when the Section Lions visit the Tigers at 7 p.m. Friday.

The Hammon brothers will be on opposing sidelines, coaching against each other as Valley Head (0-1) looks to earn its first win.

The Tigers fell behind and couldn’t catch up in a 40-18 loss against visiting Ragland last Friday.

Section (1-0) turned a two-touchdown halftime lead into a 34-6 victory at Collinsville last week.

Jr. Walker ran for 111 yards on 16 carries and a touchdown and Drake McCutchen added 21 carries for two scores for the Lions.

The Bulldogs took a 26-7 loss against Piedmont in their preseason game last Friday.

Westminster Christian, a 4A, Region 7 team, begins its sixth season with Louis LeBlanc as head coach.

In 2020, the Wildcats finished 4-6 overall, missing the state postseason.

According to the Alabama High School Football Historical Society’s website, Geraldine is 3-0 in the all-time series against Westminster Christian, including a 30-7 victory in last year’s matchup in Geraldine.

Sylvania head coach Tyler Vann leads the Rams into Boaz to take on the Sardis Lions while aiming to capture the team’s first win at 7 p.m. Friday.

The Rams (0-1) defeated Sardis 32-7 in last year’s meeting in Sylvania, improving their series record to 16-13-0, according to the Alabama High School Football Historical Society’s website.

In last week’s 42-32 season-opening loss at Saks, Brody Smith completed 9 of 21 passes for 246 yards with three touchdowns and an interception. Sawyer Hughes led all Rams receivers with five catches for 126 yards and a touchdown, while Styles Hughes caught two passes for 84 yards and a score and Roman McKeehan added 36 yards receiving on two catches with a touchdown.

Zack Anderson led Sylvania’s run game with 203 yards rushing on 14 attempts with a touchdown, and Styles Hughes carried six times for 92 yards with a score.

Sardis begins the 2021 season led by Gene Hill in his 11th season as the Lions’ head coach.